Posted by Archuleta Avenue Msia on April 17, 2019
Posted in: General. Leave a comment

David sends a series of tweets:

Excited for the week that’s ahead of us! Tonight I’ll be joining a sold out show with Zion Youth’s symphony and chorus in Las Vegas as their special guest! Will I be seeing any of you there?

From life lessons to new music, I spoke with @sbindynews ahead of tomorrow’s show in Santa Barbara at The Lobero Theater!

It was such an honor to join Zion’s Youth Symphony and Chorus for their 2 shows tonight in Las Vegas! What a talented group of young folks. Thank you for having me, and thank you to everyone who came out! If you were there, what was your favorite moment from the show? 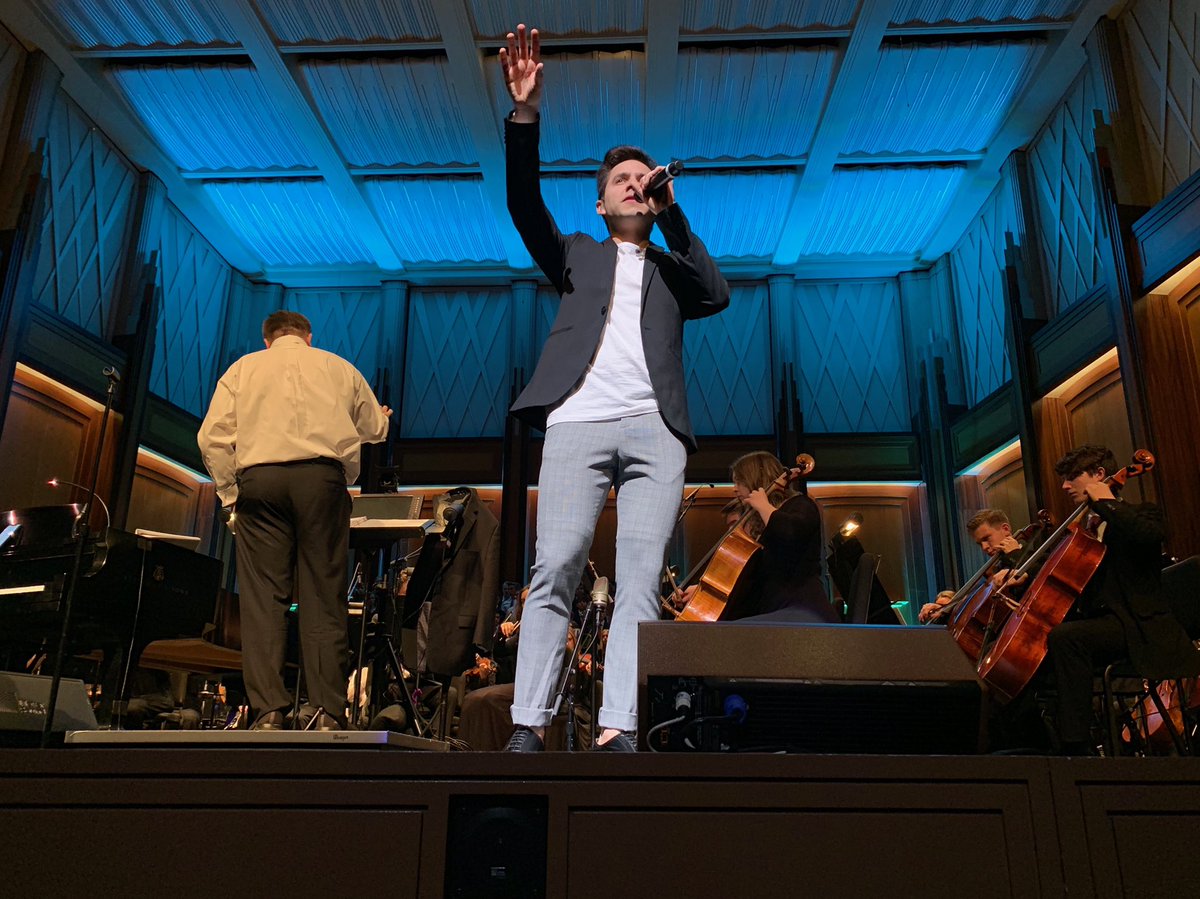 It was such an honor to join Zion’s Youth Symphony and Chorus for their 2 shows tonight in Las Vegas! What a talented group of young folks. Thank you for having me, and thank you to everyone who came out! If you were there, what was your favorite moment from the show? 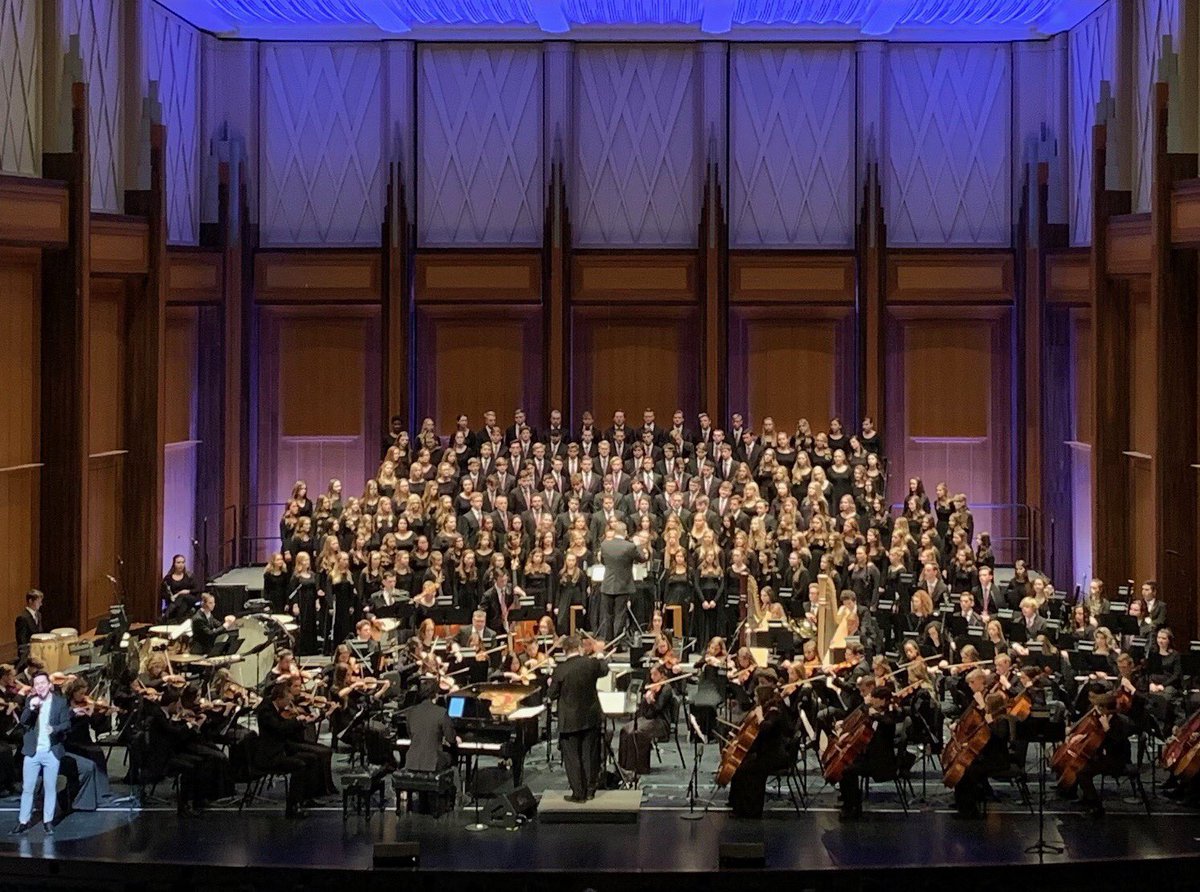 Thank you Santa Barbara for a grand time in your beautiful city! It was a wonderful time with you. If you were at the show, what stood out most to you!? 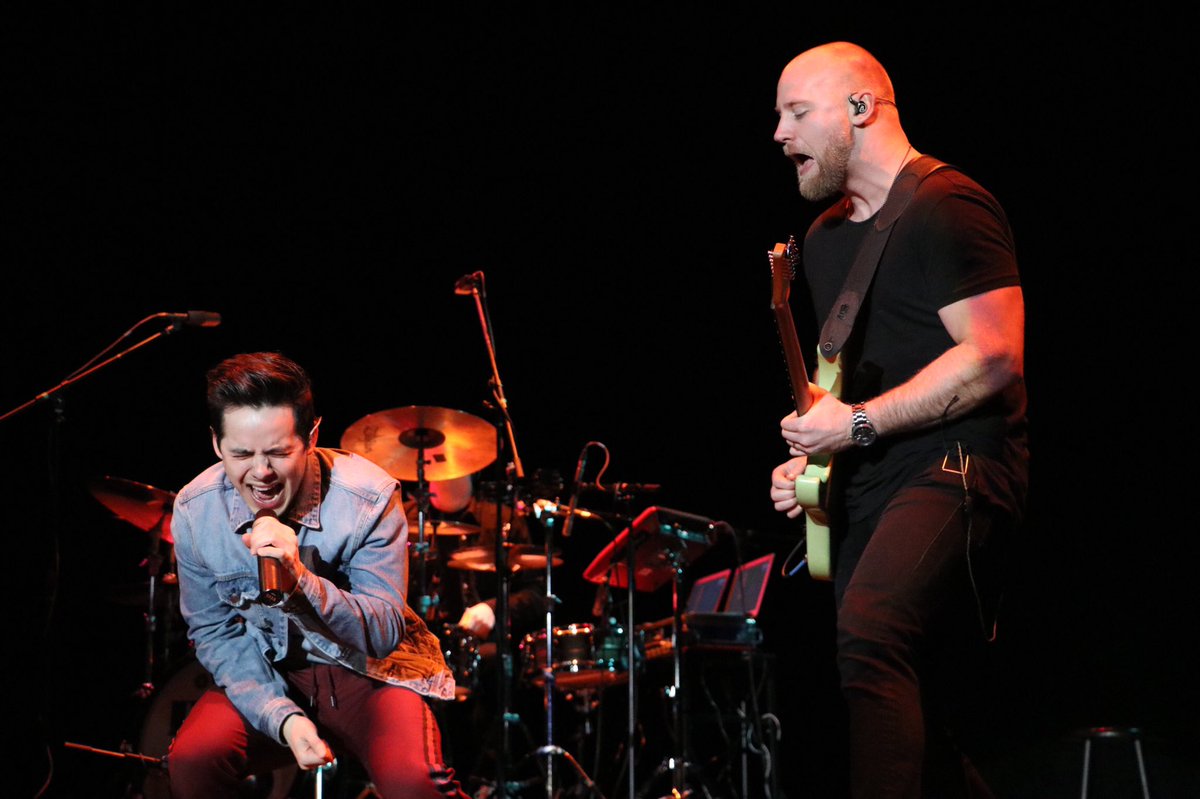 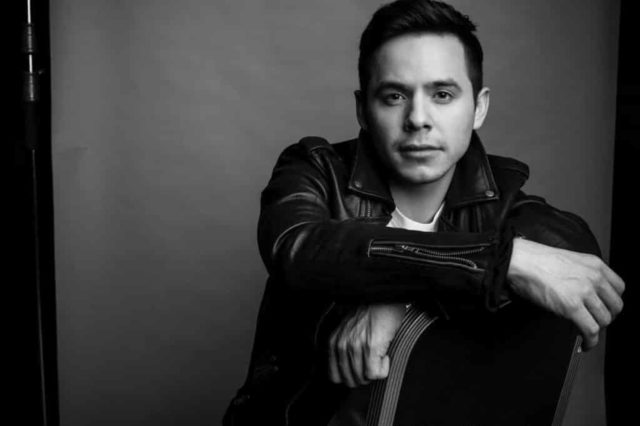 David Archuleta burst into public consciousness at age 16 when he auditioned for 2007’s American Idol, singing John Mayer’s “Waiting on the World to Change.” His silken voice and amiable personality quickly won over the judges.

Today Archuleta is still wooing listeners with his gentle vibrato and pleasing tenor. In the past decade plus, Archuleta has played concerts around the world, did a two-year-stint in Chile to fulfill his Latter-Day Saint’s mission, and recorded a handful of albums. Currently, Archuleta, now 28, lives in Nashville and is touring and writing songs for a new album. I recently spoke over the phone with the singer, who was gracious, warm, and strikingly honest. The following is an edited version of our conversation.

You’ve been doing this a long time. How’s it going after more than a decade?

I can’t believe I’ve been doing this for than a decade….I feel really blessed to still be doing this, because that doesn’t have to always be the case. And the fact that I can still keep working through creating new music and having an audience to listen to it and being able to go on the road and do shows still, I think it’s a really neat … I’m thankful that people still care to come and listen to my songs and come to the shows. I think that’s pretty amazing too, just that people still are following me. The fans are still around.

You’re probably gathering new fans as well as you continue to put out albums.

I think that’s what’s really cool about working, to just keep staying consistent and releasing music, keep going out and doing shows that new people come [to]. It’s pretty interesting. It’s weird that people … even there’ll be like little fans that come and it’s like wait a second, you weren’t born when I was on American Idol. And they have … they know the new songs and that’s kind of cool. I’m like like whoa, that’s pretty awesome.

Do you get tired of talking about American Idol, which you were on more than 10 years ago?

I don’t really. At least not now. Maybe right after because I was overloaded….When you’re on American Idol, you feel like you’ve lived three times, maybe five times the amount versus the time that actually took place. There’s just so much going on. And you’re interacting with so many people. You’re in front of so many people every week. You’re getting critiqued and judged and you’re just putting yourself in a very vulnerable place every week…it’s not just your singing. It’s if you’re likable, if you are dressed funny or not, if you said something that people don’t like. Or if people just find you annoying. ….You feel so vulnerable.

You spent time in the Philippines. How did that come about?

[In] the Philippines [singing competitions] are huge…. They loved American Idol. They really were huge fans of our season as well — the David [Cook] versus David [Archuleta] was a huge thing in the Philippines. So we went over there and it was crazy….We got off the airplane and [employees] were leaving their counters…and mobbing [us]. Following us out of the airport, leaving people at the desk that they were checking in. …Wherever we had appearances there was thousands of people. And at our show there were tens of thousands of people….They love pop music. And they’ve always been really supportive of what I do….[I was asked] to a miniseries [there] and I said, no, that’s weird. I’m not an actor. …I was about to take a break from music for a couple of years to be a missionary for my church. And [then] I just said, “Why not? I’m just going to do it.” So I …recorded this miniseries.  and while I was there, I recorded an album of songs by Filipino artists…as a thank you to the fans there in the Philippines…It was a thank you to the Filipino people for such a wonderful experience and memory and friendships I now have.

How do you deal with people feeling they know you well because of your TV appearance, but to you they’re really strangers?

I think for me it’s part of what was a bit traumatic about American Idol — your own circle of people, like family members, friends, even, start changing. They started treating me differently….they get mad if you don’t give them the attention that you didn’t really give them before anyway. But because so much attention is on you, I think they want that reciprocated… It was so overwhelming. …I can see why celebrities go crazy because sometimes you just need normal human interaction with people…For awhile on American Idol they would just keep us inside because every time we went out, everyone was hounding…We had to be with security if we wanted to go to the store. And when we went to the store, all these people would come rushing at you. There’d be paparazzi…

It seems to me American Idol gave you some great life lessons. You have a lot of wisdom.

Oh, thank you….I’m grateful to my parents for that as well…the principles that they taught me, like [to] remember what matters most. They would just say, “What kind of life do you want to live? I think they kept me grounded.

Is your life going in the direction that you’re happy with or do you want to shift gears and do something else?

I think what helped me a lot was when I did take a break — I was gone for two years. I didn’t do anything other than just missionary work in Chile, South America. And a lot of people that I worked with and just what is the word? Not colleagues, would be like that’s not what you do. You’re an entertainer, you stay where you are and you keep giving to people as long as they allow you to because it’s not up to you whether people are going to listen or not. Supply while there’s a demand….If you leave, you might not have anything to come back to. I was like okay, that makes a lot of sense. Maybe I shouldn’t be doing this. But at the same time, I knew I needed it. …For me spirituality is so important…and coming back from that, it was kind of like starting over again. … I got to ask myself … is this what I want to do? I didn’t have a choice to decide that before because I went from auditioning for a TV show out of curiosity to becoming a recording artist, which it wasn’t something I was dreaming about doing. It was just something that happened. …. I started writing again, and I was like I want to give this another go…Postcards in the Sky was the first album I released. I did it independently. And so now I know what that’s like. Now I wonder if I should try and start releasing radio friendly music again…. I didn’t bother trying to get radio friendly music on this last album. I just wanted it to be purpose, meaningful, personal. …I feel like I get what kind of artist I want to be, so let me try and make more commercial friendly music. And so that’s where I’m at now. And it’s an exciting place to be for me. …I’m looking forward to whatever happens next. I don’t know what’ll happen, but I feel motivated and I feel like if I have a motivation and I have a vision, then it’ll take me somewhere. So, let’s see where it goes.