David Searching for a Label?

Posted by Archuleta Avenue Msia on April 8, 2019
Posted in: General. Leave a comment

Growing up, I use to go see @davidarchie in concert quite frequently. Tonight, I had the absolute pleasure of sitting down with him in Boston. It’s crazy how things come full circle. Keep an eye out for our interview and catch David on the road through the end of April!
https://www.zacktremblay.com/david-archuleta-live-in-boston 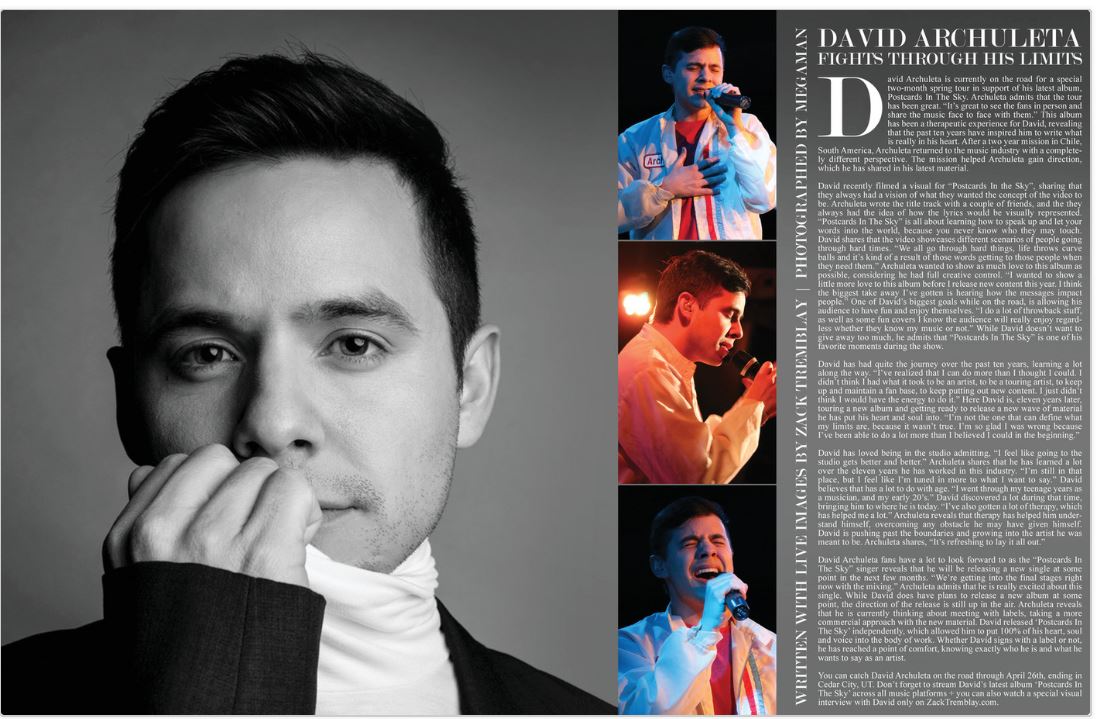 Graphic credit: FOD
Coming into Archunews a little late and surprise! surprise! saw this rather exciting piece of news.   I am roused!   It is likely David is at last looking for a label?!  even though there was a time when being an independent artiste, I thought, suited him better.  Whatever, for some reason, this revelation has set my pulse pound a little harder and louder.  Is it good news or is it not THAT good news??
My narrow mind thinks it means at last David will be getting more substantial exposure?  Isn’t that what we all have been anxiously waiting for eons?
David has come a long way – soul-searching himself .. building confidence .. deciding what sort of career he wanted – basically looking for his comfort zone and growing into being a mature artiste.  This coming-out decision tells me HE IS READY!  He is ready to SPREAD HIS WINGS AND FLY!  What joy! 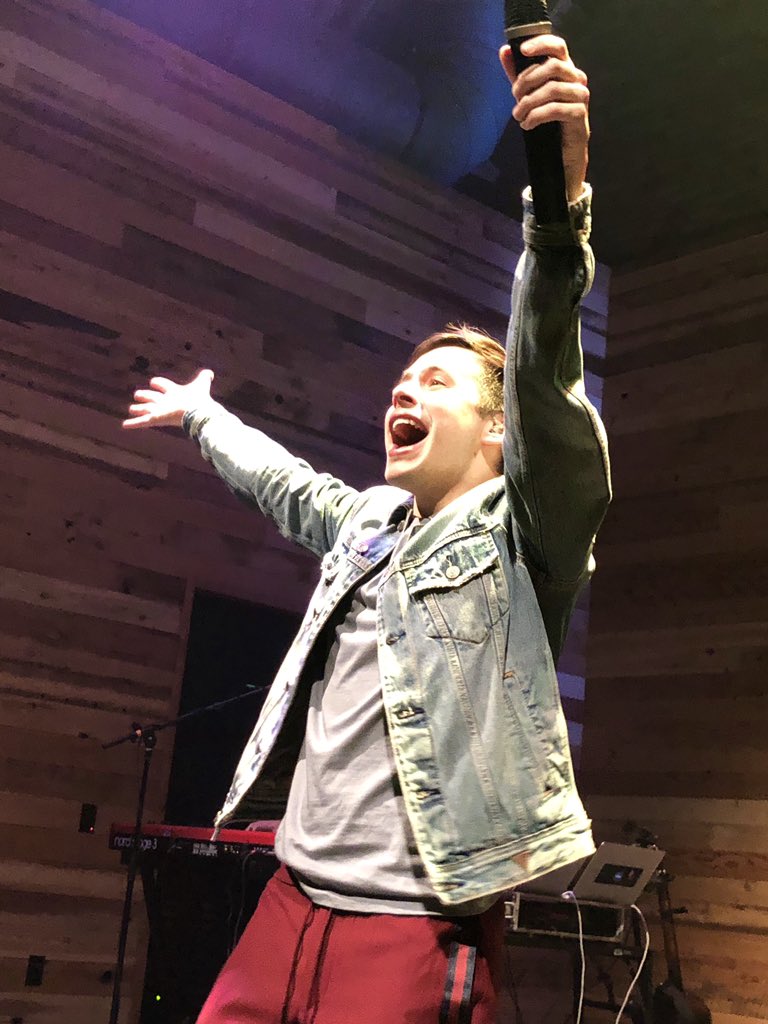 David Archuleta in Fargo, Credit Joanie @suttygal
To me, PITS is one of the best albums I’ve ever come across.  EVERY song in it is not only just listenable, but hugely lovable!  And no exaggeration.  Most albums have a couple of good songs and the rest – between passable and … not so passable …  Not an exaggeration either.  Seriously, how can any pop listener NOT like the songs in PITS??  David just needs to be exposed to the numbers!  I reckon this is a good time.

This article below, for the most part, is taken from Zack’s website:

David recently filmed a visual for “Postcards In the Sky”, sharing that they always had a vision of what they wanted the concept of the video to be. Archuleta wrote the title track with a couple of friends, and they always had the idea of how the lyrics would be visually represented. “Postcards In The Sky” is all about learning how to speak up and let your words into the world, because you never know who they may touch. David shares that the video showcases different scenarios of people going through hard times. “We all go through hard things, life throws curve balls and it’s kind of a result of those words getting to those people when they need them.” Archuleta wanted to show as much love to this album as possible, considering he had full creative control. “I wanted to show a little more love to this album before I release new content this year. I think the biggest take away I’ve gotten is hearing how the messages impact people.” One of David’s biggest goals while on the road, is allowing his audience to have fun and enjoy themselves. “I do a lot of throwback stuff, as well as some fun covers I know the audience will really enjoy regardless whether they know my music or not.” While David doesn’t want to give away too much, he admits that “Postcards In The Sky” is one of his favorite moments during the show.

David has had quite the journey over the past ten years, learning a lot along the way. “I’ve realized that I can do more than I thought I could. I didn’t think I had what it took to be an artist, to be a touring artist, to keep up and maintain a fan base, to keep putting out new content. I just didn’t think I would have the energy to do it.” Here David is, eleven years later, touring a new album and getting ready to release a new wave of material he has put his heart and soul into. “I’m not the one that can define what my limits are, because it wasn’t true. I’m so glad I was wrong because I’ve been able to do a lot more than I believed I could in the beginning.”

David has loved being in the studio admitting, “I feel like going to the studio gets better and better.” Archuleta shares that he has learned a lot over the eleven years he has worked in this industry. “I’m still in that place, but I feel like I’m tuned in more to what I want to say.” David believes that has a lot to do with age. “I went through my teenage years as a musician, and my early 20’s.” David discovered a lot during that time, bringing him to where he is today. “I’ve also gotten a lot of therapy, which has helped me a lot.” Archuleta reveals that therapy has helped him understand himself, overcoming any obstacle he may have given himself. David is pushing past the boundaries and growing into the artist he was meant to be. Archuleta shares, “It’s refreshing to lay it all out.”

David Archuleta fans have a lot to look forward to as the “Postcards In The Sky” singer reveals that he will be releasing a new single at some point in the next few months. “We’re getting into the final stages right now with the mixing.” Archuleta admits that he is really excited about this single. While David does have plans to release a new album at some point, the direction of the release is still up in the air. Archuleta reveals that he is currently thinking about meeting with labels, taking a more commercial approach with the new material. David released ‘Postcards In The Sky’ independently, which allowed him to put 100% of his heart, soul and voice into the body of work. Whether David signs with a label or not, he has reached a point of comfort, knowing exactly who he is and what he wants to say as an artist.