In Honour of David Archuleta’s Sunglasses

Posted by Archuleta Avenue Msia on June 28, 2018
Posted in: General. Leave a comment

In honor of #NationalSunglassesDay… which mood are you? 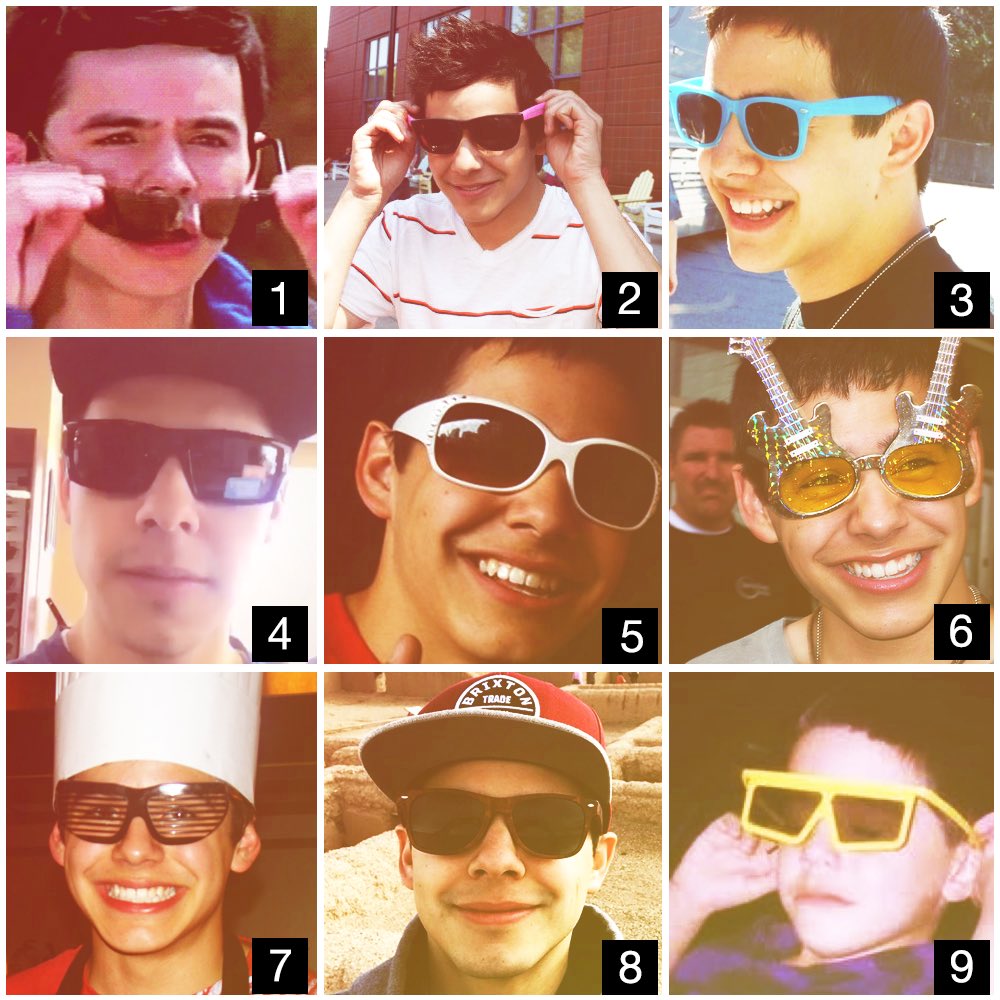 David continues with his creative tweets!   NationalSunGlassesDay??   Really??   Is there such a thing??

Maybe there is … and I’ve been living under a rock.

Maybe there isn’t …  and it’s just David having fun and pulling our leg.

Whatever it is, I’m going along with this fun flow and posting more David-sunglasses-pics.   😀 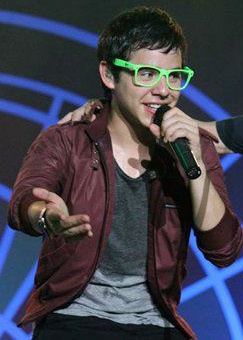 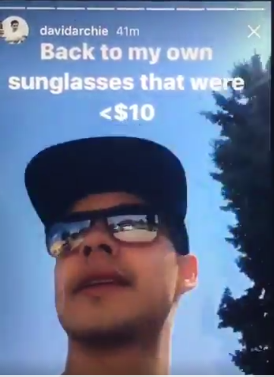 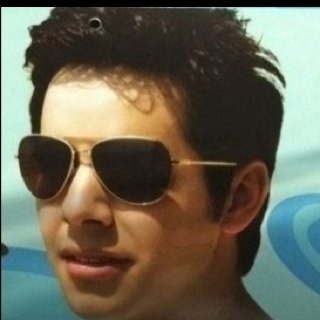 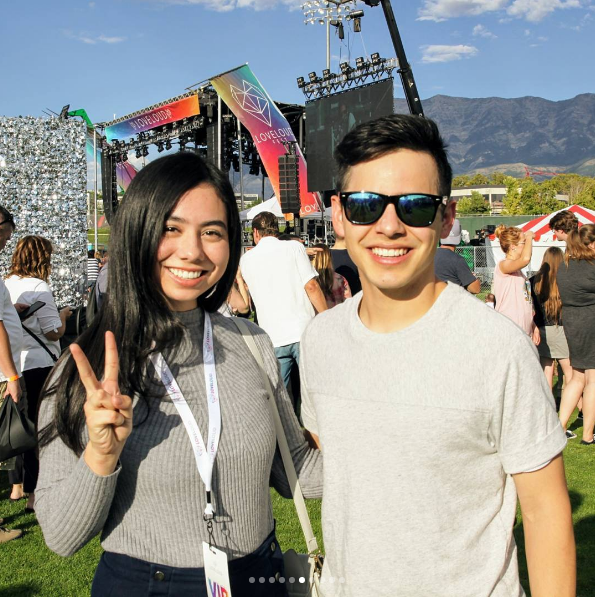 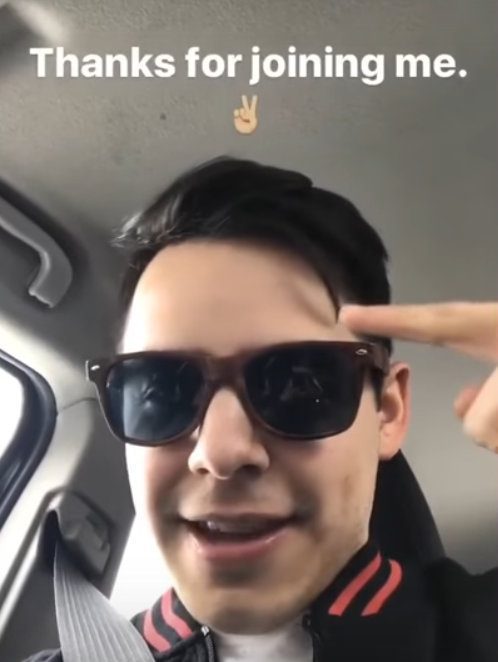 But, seriously, I prefer David without sunglasses how ever cool they are.   As a doting fan, I’d rather see the rays of his beautiful eyes shine out  from his very own sockets.   😛   😛

Posted by Archuleta Avenue Msia on June 26, 2018
Posted in: General. Leave a comment

HALLELUJAH!!  – an expression of rejoicing

It is also one of the very best songs written in modern times by Leonard Cohen, a Canadian singer-songwriter

This song is not just loved by concert goers and the masses in recent times.   It has become one of the favourite songs for contestants in music competitions.   I have often wondered how David would sound singing this amazing song.

And Hallelujah, while I was asleep, he sang it!!   What a wonderful surprise!   Bravo, David!!

Is the song Hallelujah a religious song?   If you googled Cohen with reference to this song, you would be told that it is NOT.   There are tones of Sex.   In fact it is about a sexual experience.   He was drawing parallels between a religious experience and a sexual one.  All the more I’m delighted that David sang it.   Hallelujah!
Lyrics
[Verse 1]
Now I’ve heard there was a secret chord
That David played, and it pleased the Lord
But you don’t really care for music, do you?
It goes like this, the fourth, the fifth
The minor fall, the major lift
The baffled king composing “Hallelujah”[Chorus]
Hallelujah, Hallelujah
Hallelujah, Hallelujah
[Verse 2]
Your faith was strong but you needed proof
You saw her bathing on the roof
Her beauty and the moonlight overthrew you
She tied you to a kitchen chair
She broke your throne and she cut your hair
And from your lips she drew the Hallelujah[Chorus]
Hallelujah, Hallelujah
Hallelujah, Hallelujah
[Verse 3]
Baby I have been here before
I know this room, I’ve walked this floor
I used to live alone before I knew you
I’ve seen your flag on the marble arch
Love is not a victory march
It’s a cold and it’s a broken Hallelujah
This is a video of Leonard Cohen the genius singing his creation Live in London.

I think David had not sung the original lyrics posted above, except for the first verse (for obvious reasons??)  Even 1 line from the 1st verse was changed.   Well, it is David being David afterall.   😉   😉

Anyway, I love the way he has added his own musical style and made the song his own.   And it was touching the way the audience has accompanied him in the choruses.   I’m certain that, if I had been there, I would have sung along in tears.   ♥ 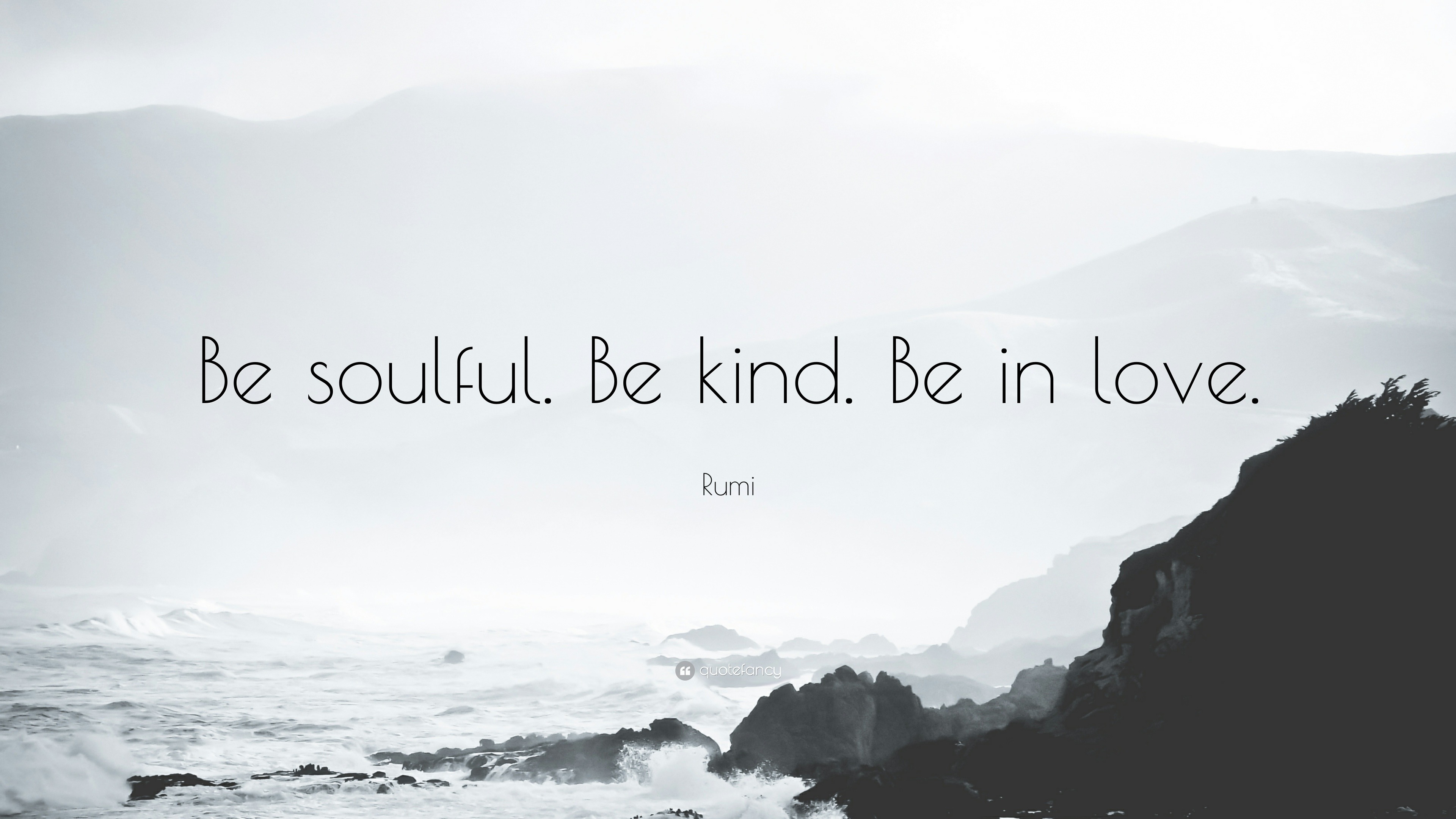 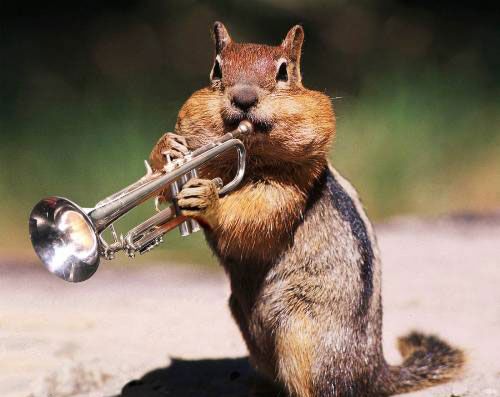 Rocking the Archies and the Scruff and those Shorts in Sandy!

Posted by Archuleta Avenue Msia on June 18, 2018
Posted in: General. Leave a comment 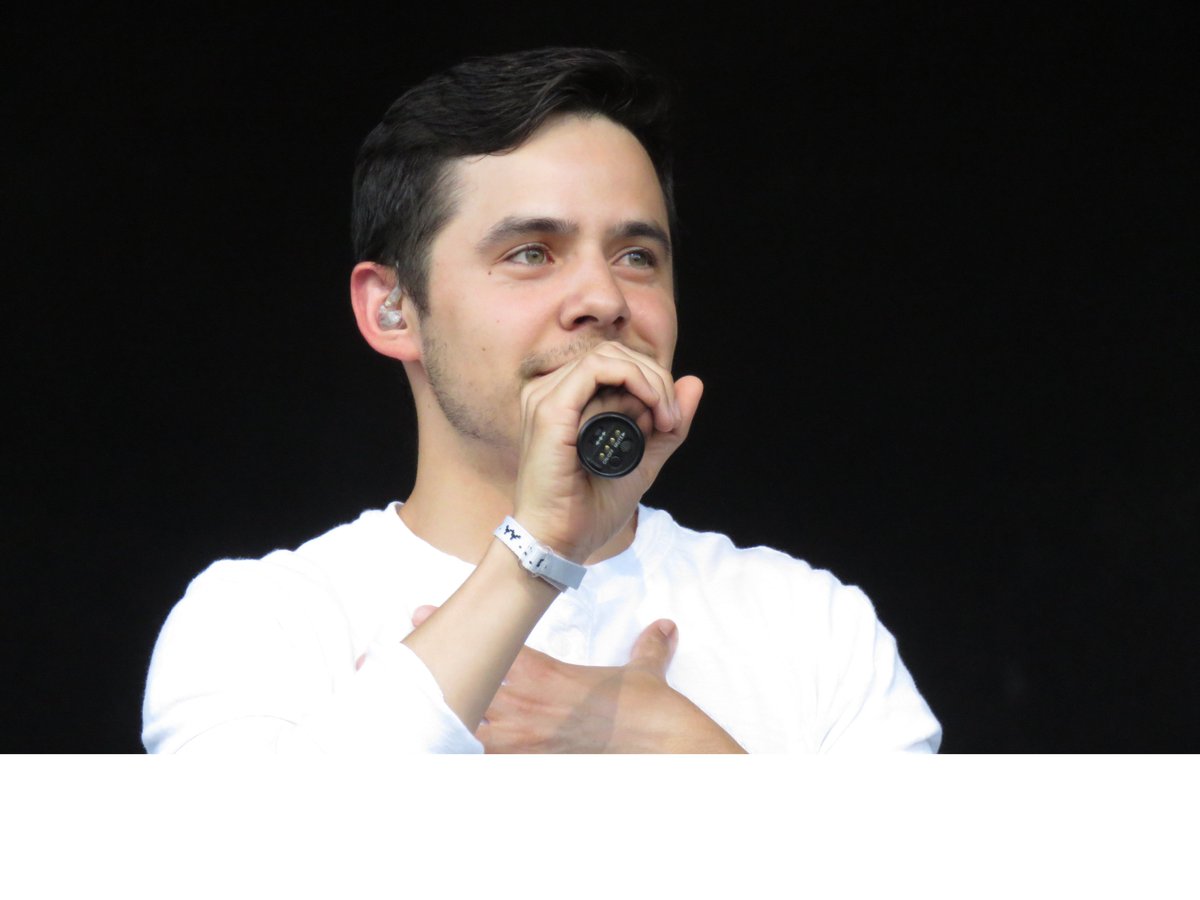 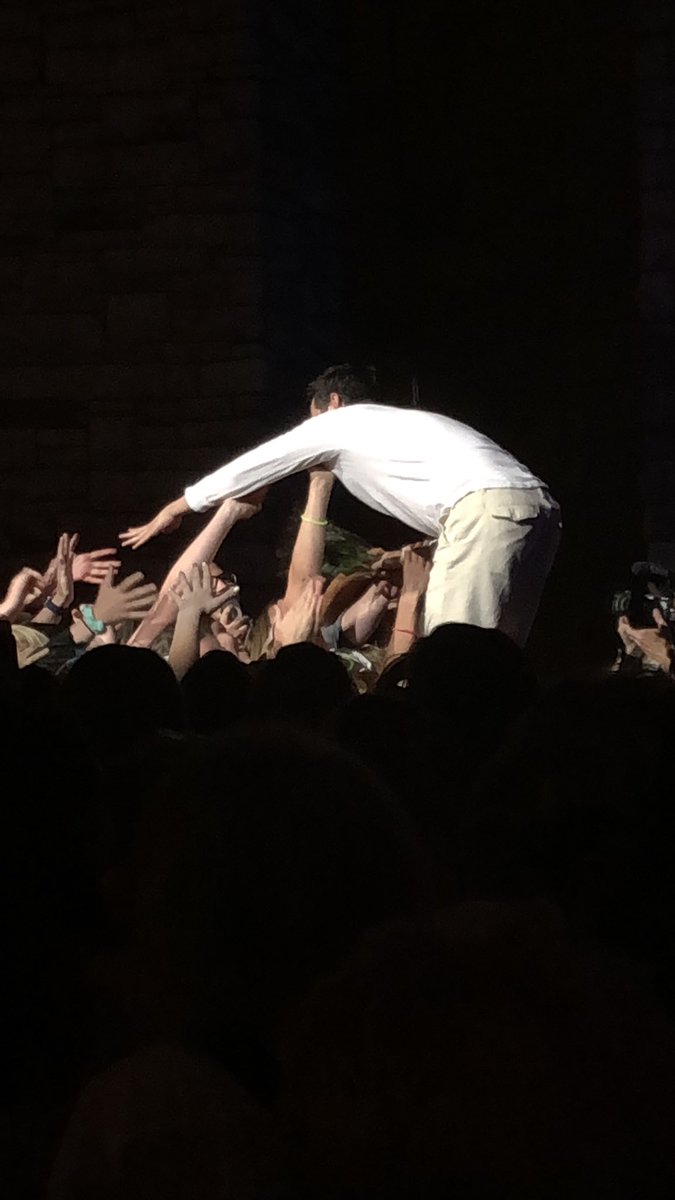 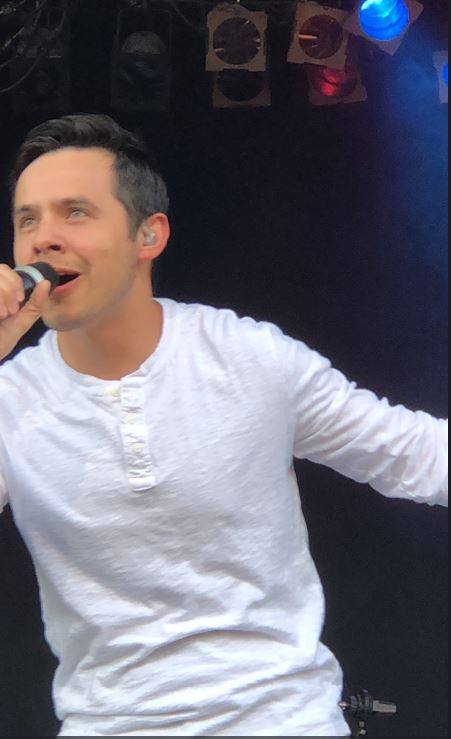 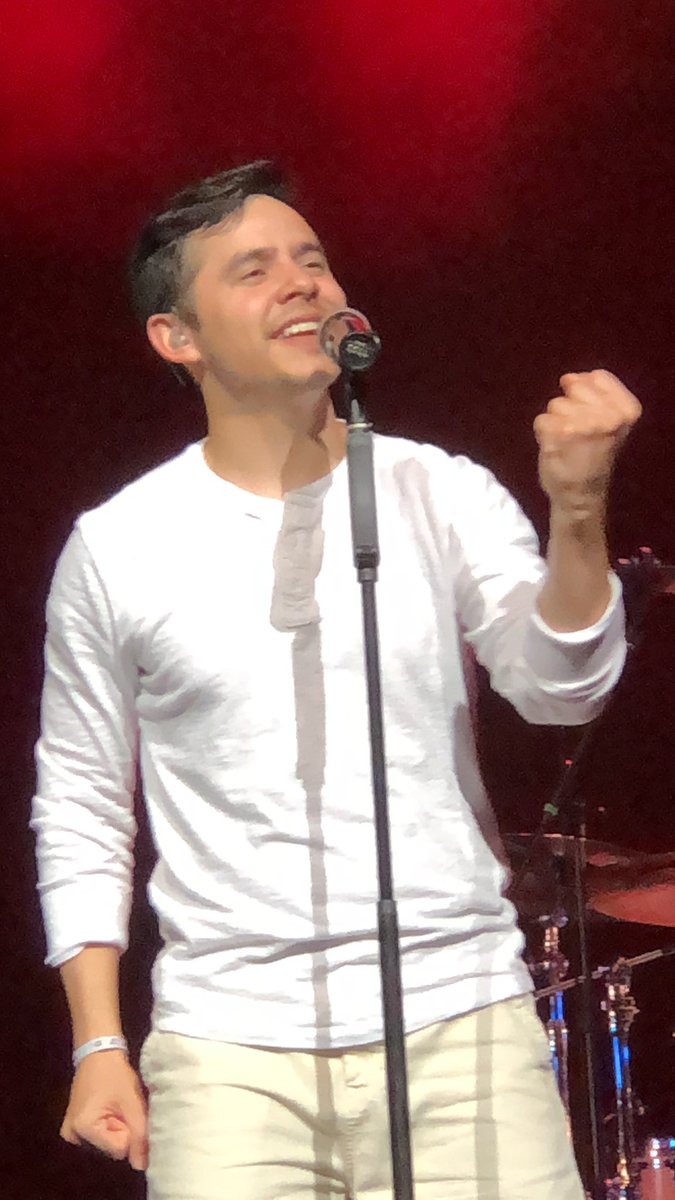 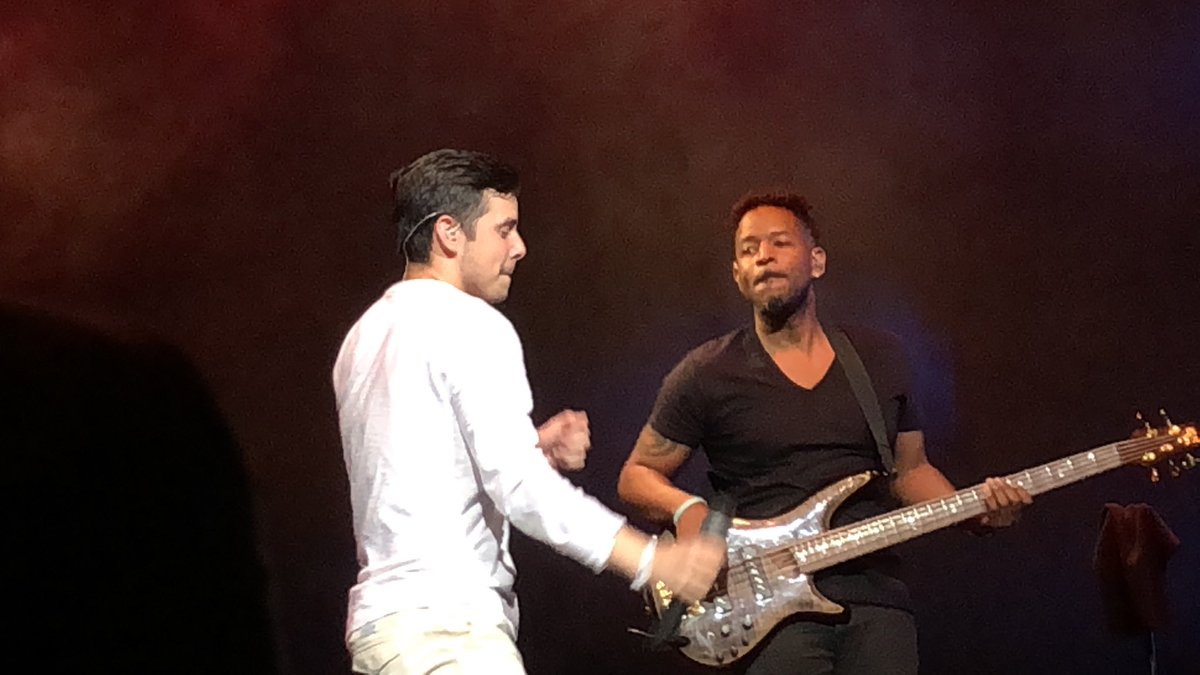 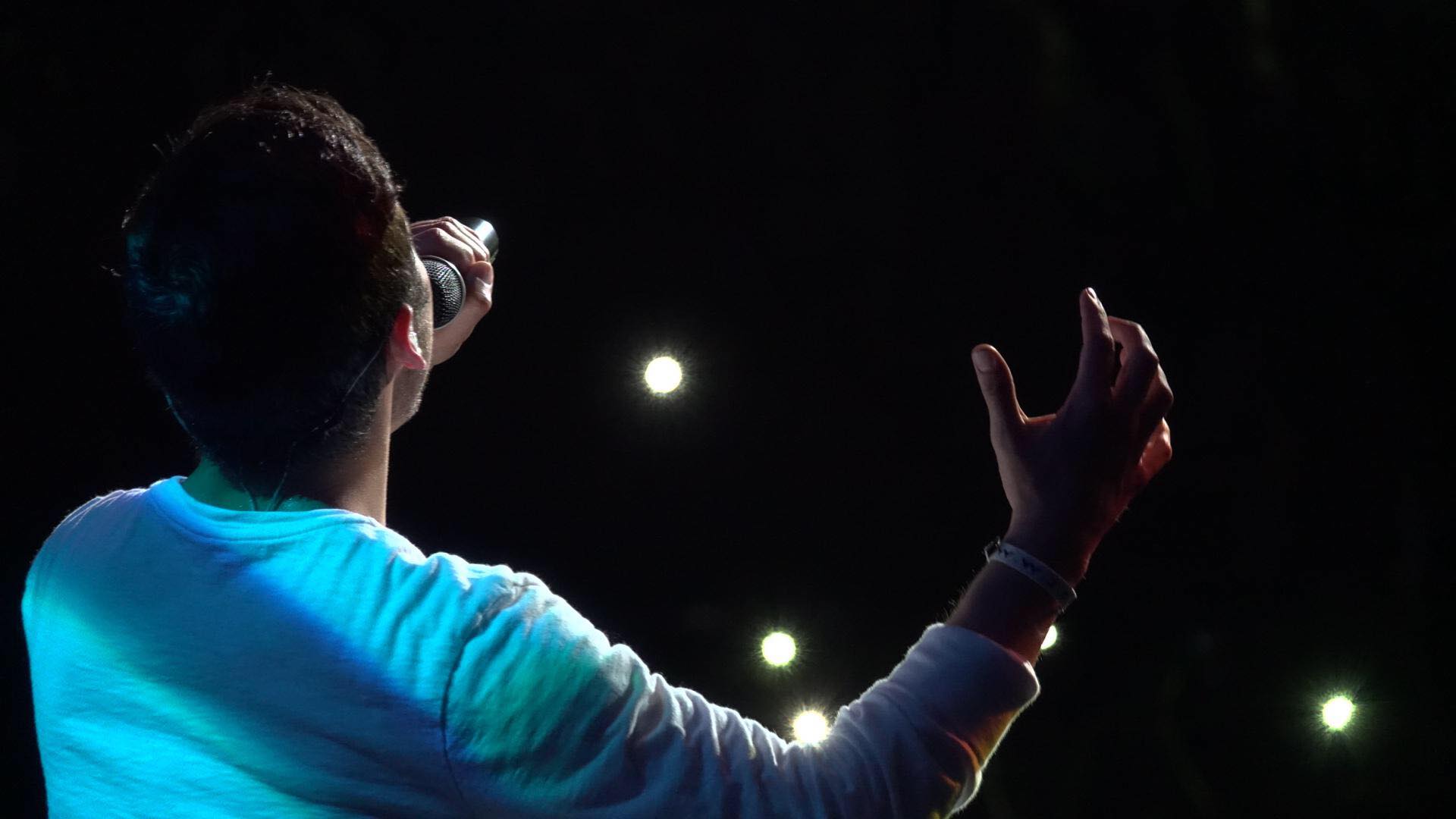 No Words necessary.   David was looking so gorgeous at Sandy.

I’ll let the amazzzzing pics speak for themselves.

Posted by Archuleta Avenue Msia on June 17, 2018
Posted in: General. Leave a comment

It was so great to be back on the stage again at @sandyamph. The sunsets here are absolutely breathtaking! For those who came, what stood out to you the most? Photos by Robin Saville. 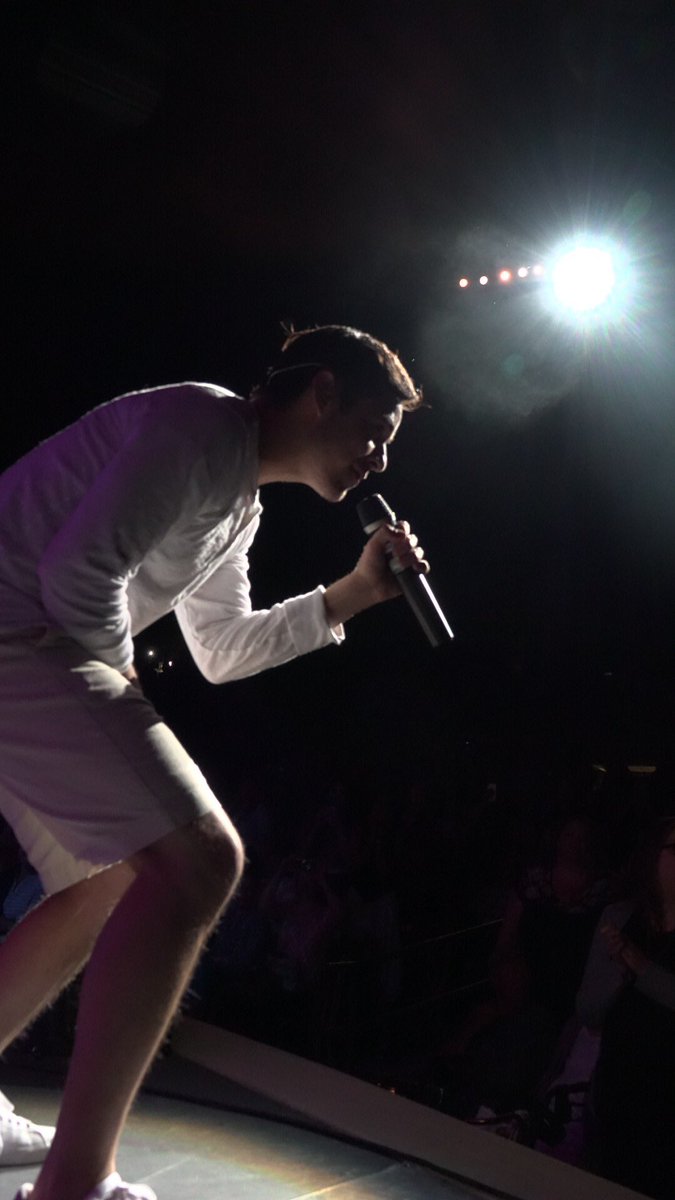 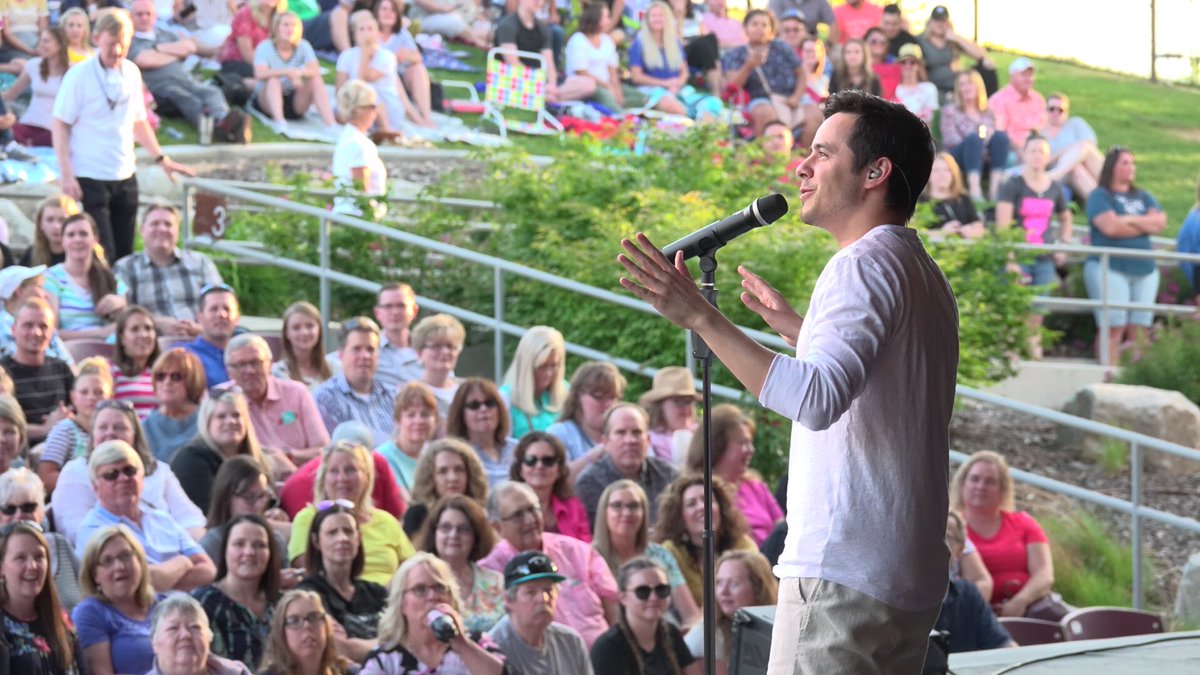 You can see that the the people in the audience are very respectful of him.  And David’s happiness spills out from his soul.   😀 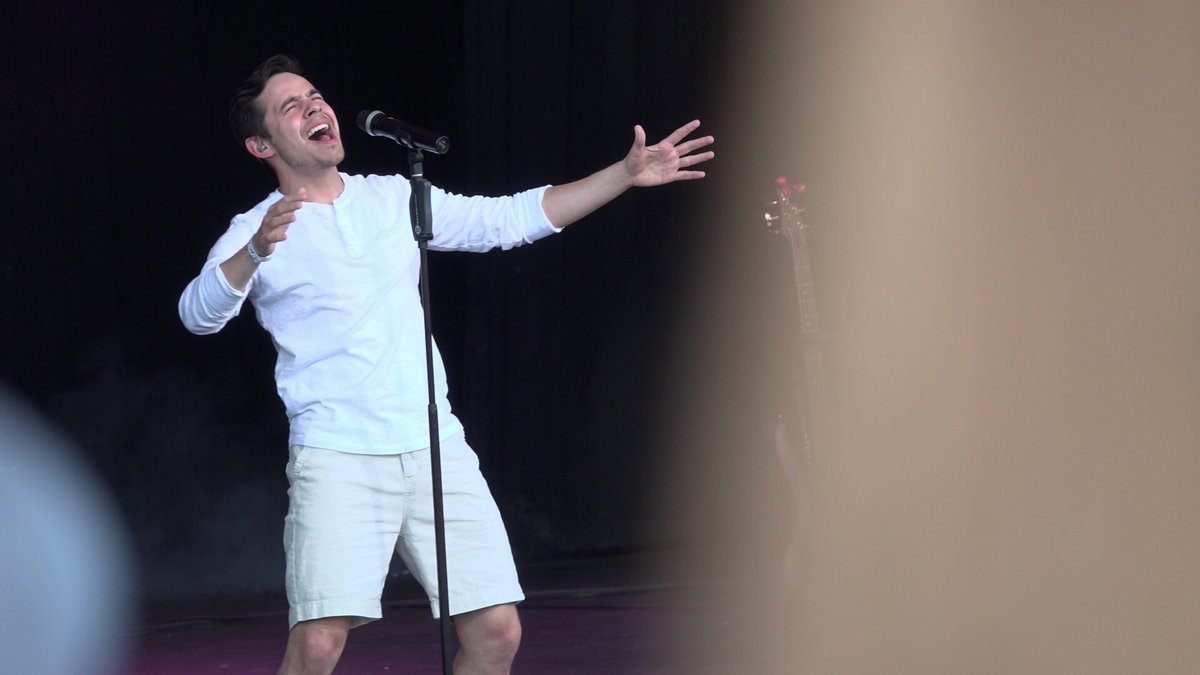 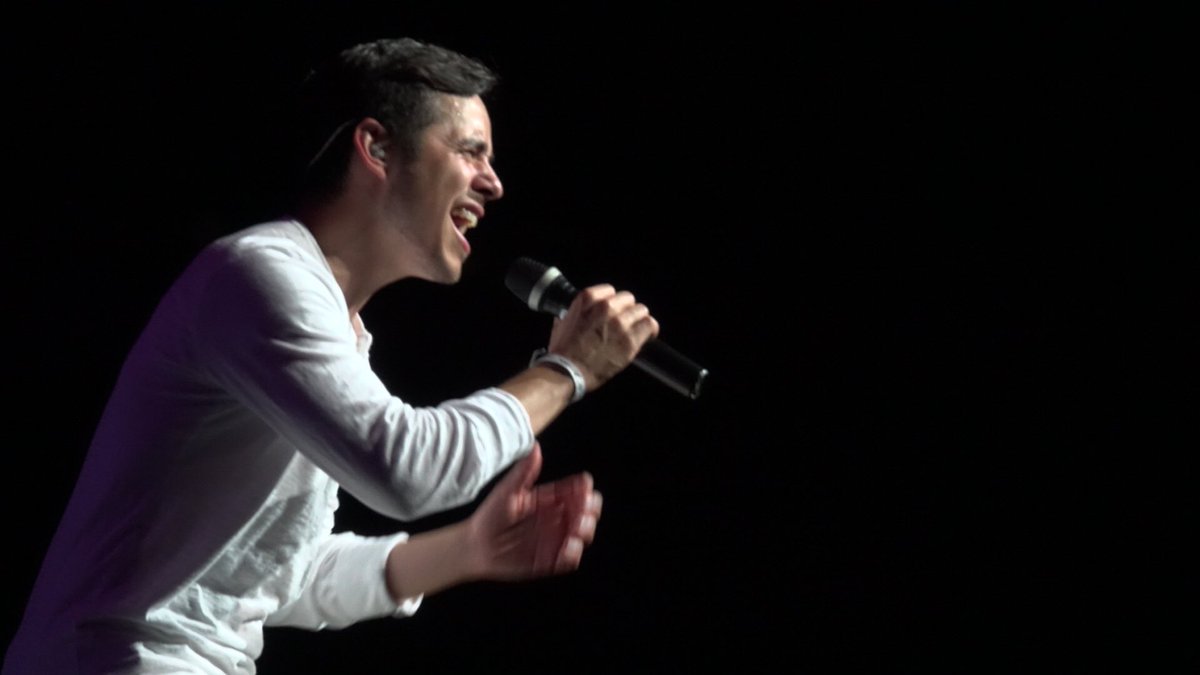 I like David’s Sandy outfit, whatever some may say.   Very summery, unusual garb for a concert performance.  David has class.  It spills into his dressing.   😀

✔@mdoolittle  sent a very sweet tweet on David.   (We believe it’s about the Christmas Album for 2018.   Christmas in June!   And why not?   Any time with David’s music is great!  Love the idea!) 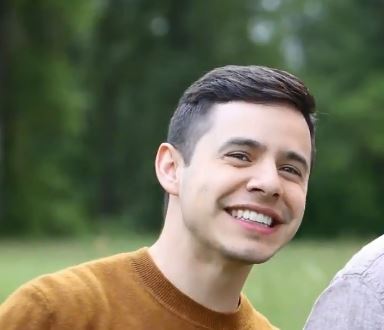 And Loch Lomond with Peter Hollens was hauntingly poignant, resonant of how a traditional folksong should be sung.  Melted butter at its best, people!!

So.  While this gorgeous hunk of truffle butter is tenderly melting away my heart and soul, I shall post something eternally sweet  –  our Fathers!   It is Father’s Day afterall   😀

My own Father was a wholeheartedly sincere person, sometimes misread as sombreness.   He had an acute sense of hunmour which was well hidden at the best of times.

I found this video which gave me many giggles.   No, my Father would never do any of these things compiled in this video.   Harmless as I think they are, it’s worthwhile sharing some fun on this all-important day which honours our Fathers.   ♥

Posted by Archuleta Avenue Msia on June 16, 2018
Posted in: General. Leave a comment

I think it’s safe to say our co-stars were super friendly on the set of a music video I shot recently with @PeterHollens.

Can’t wait for y’all to see the video premiere this Friday!! #BTS 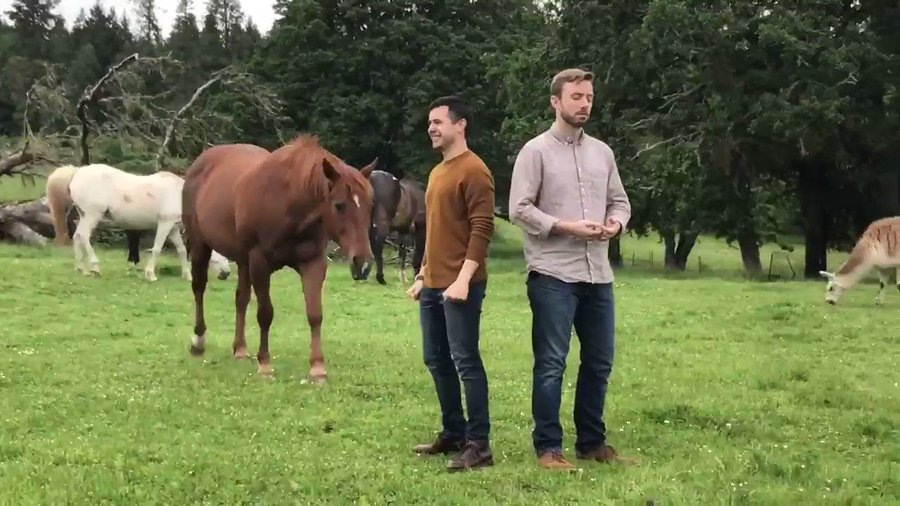 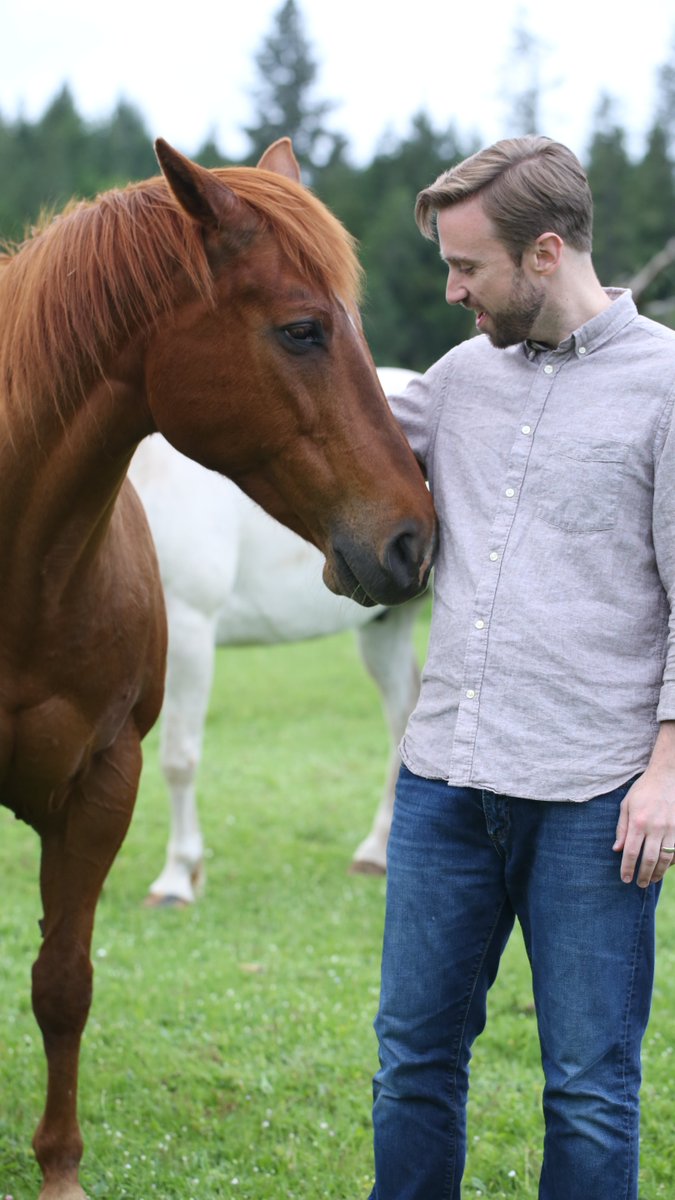 Just in time for the weekend, here’s a new music video from @PeterHollens & I singing a well-known traditional Scottish song called “Loch Lomond’. The set was absolutely breathtaking, and we thought it was a perfect fit for the song. I hope y’all enjoy it! https://youtu.be/nNo9Xo-vl5g