Interviews and Favourite Moment of #OKALLRIGHT!

Posted by Archuleta Avenue Msia on April 2, 2020
Posted in: General. Leave a comment

What was your favorite moment from my music video for #OKAllRight? https://youtu.be/bO2TBCfTzyg

You gotta admit David’s new music video offered a new approach –  a catchy light-hearted presentation of a serious issue.   The beat .. the bounce .. the energy  ..  the pep ..

After that initial shock of welcoming a different David, I discovered another new connection with him.  He does not talk about his mental/emotional problems with his usual moroseness and melancholia.  This song has vitalized me.  Made me feel alive.  Made me feel young.  Made me feel positive about this horrific state of the world at present while his beloved voice is ever present in this song – teasing .. humouring .. almost clowning – raising me higher and higher …

David asks what was our favourite moment from the video.  Haha no offence ..  but my favourite was when he was drenched in the “rain” !

Don’t think I’m being wicked haha!  I like David’s sense of humour.  His ability to laugh at himself.  And make light of a difficult situation.  Bravo David!! 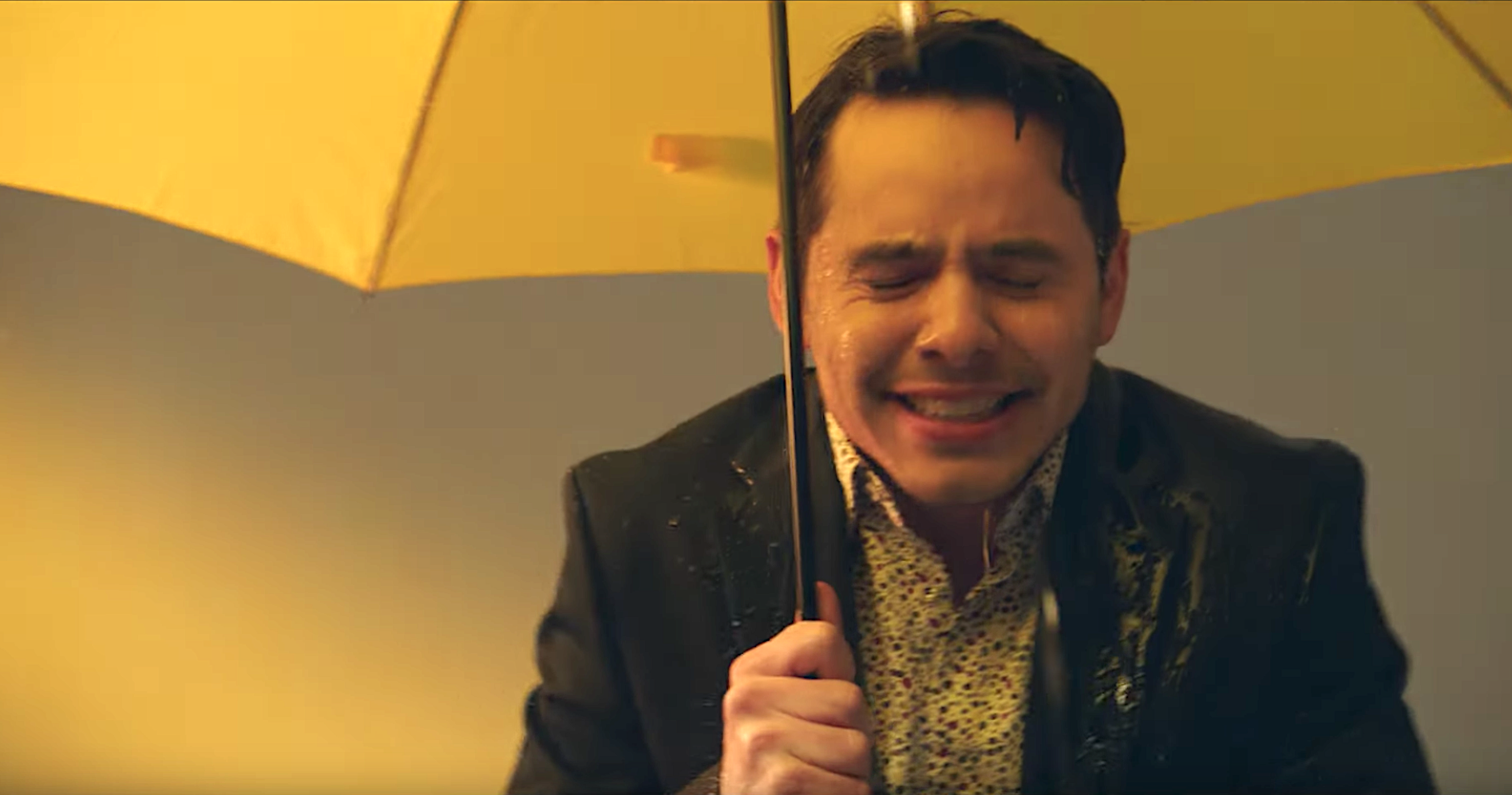 As a whole, we’ve faced down some rather bleak news in the last few weeks. In the face of global tragedies such as the coronavirus pandemic, it can be challenging to keep our spirits lifted. But David Archuleta is here to deliver a dose of pure positivity with his new single “OK, All Right.” Out today (March 27) the sugary bop is all about controlling our response to bad news.

The track is David’s first release of 2020, and is an introduction to his forthcoming album which is due out later this year.

Posted by Archuleta Avenue Msia on March 27, 2020
Posted in: General. Leave a comment

It’s here! My first single of 2020 has arrived and it’s available on all platforms now. I wrote it to remind myself when life is overwhelming and stressful to not look at things in a doom gloom way but that things will be fine and work out. https://lnkfi.re/OAR

What an upbeat song!  The tassled jacket already hinted to us weeks ago that his new song would promise a different vibe from his usual “David Archuleta” songs.  The tempo is lively, buoyant and vivacious.  I must admit that, even though I had expected something that’s bouncy, but coming face-to-face with it is another story.   😯   😯

What impresses me most is Archie Boy has come such a long, long way.  A truly talented guy who loves his music .. who delves into all genres of music .. who immerses himself into making the best music he can ….

Posted by Archuleta Avenue Msia on March 27, 2020
Posted in: General. Leave a comment

Tomorrow’s the day! 1 more day and #OKAllRight will be out everywhere! I’ll be dropping a new music video with it, too so stay tuned y’all!!!!! 😆 pic.twitter.com/o2W880CAQH

is ready to let go of his inhibitions by simply having fun with the music he creates.

Posted by Archuleta Avenue Msia on March 26, 2020
Posted in: General. Leave a comment 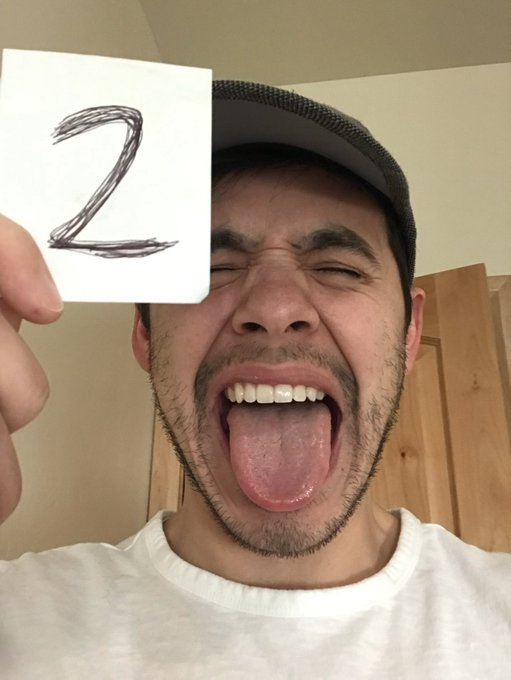 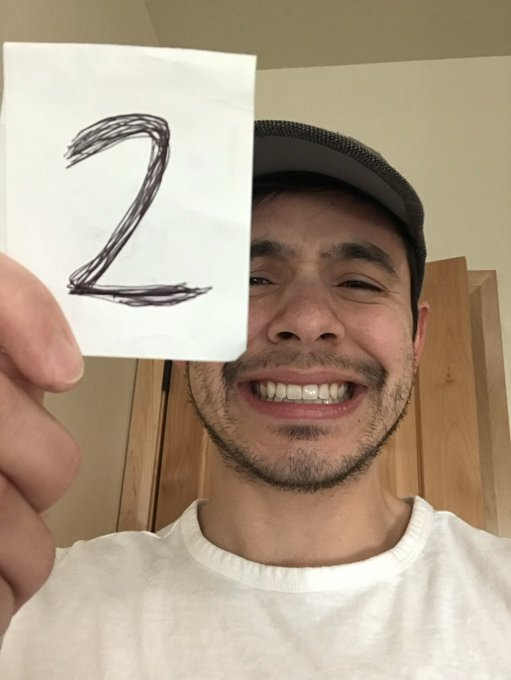 Perhaps we should send him back a cheeky happy face too!!!

NEW SINGLE COMES OUT IN 2 DAYS!!

One More Week to being #OKALLRIGHT

Posted by Archuleta Avenue Msia on March 22, 2020
Posted in: General. Leave a comment 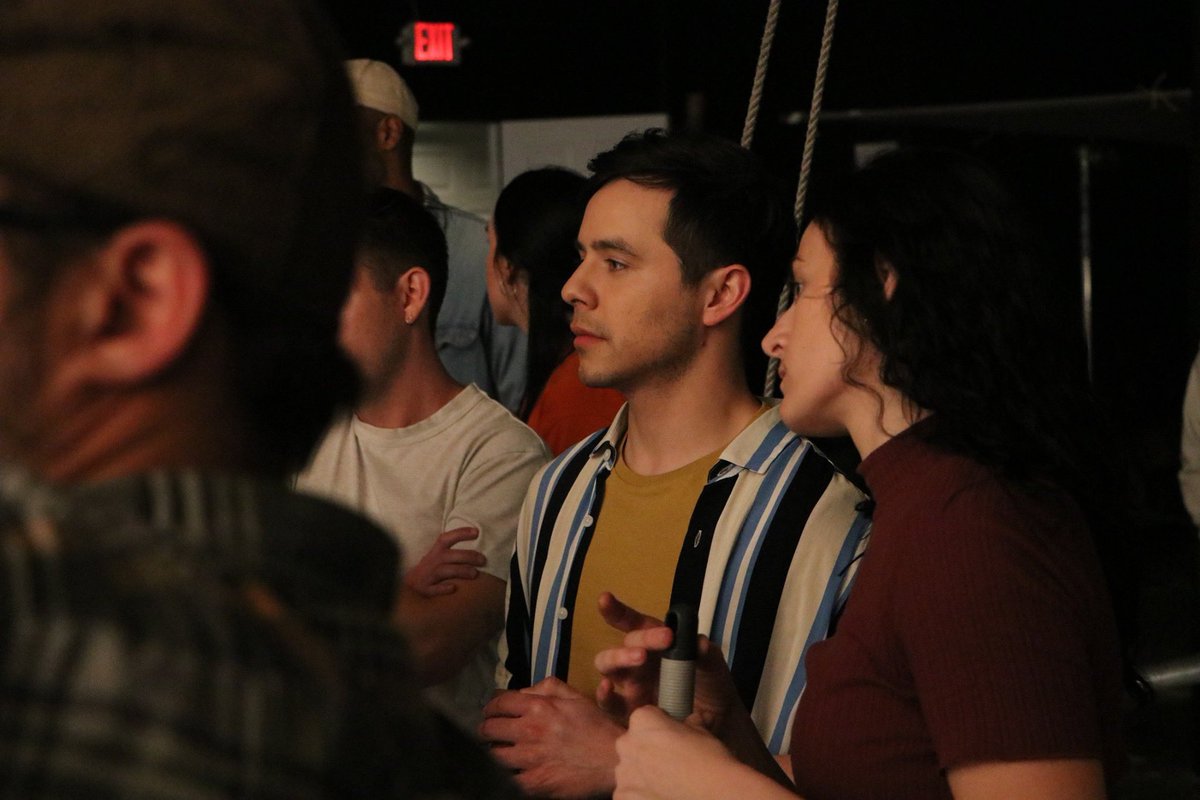 What an apt title given to this Concert – at a time when a little comfort, how ever little, is much needed.

Many of David’s fans, for a long time now, have always turned to his music, his personality too, for calmness and tranquility.  Even though they are fluttering inside.

This pandemic is pervading life as we have known and lived it, sending us into an unpleasant scuttle, to put it mildly.  Are we resorting to David’s music to maintain a composure of sorts?

His OKALLRIGHT Tour will at least give our Archu-concert-attendees a couple of hours of joy and highspiritedness.  Not forgetting much reflection on our own lives.

A little prayer for the world’s woeful predicament at the moment.

David in Self Quarantine

Posted by Archuleta Avenue Msia on March 17, 2020
Posted in: General. Leave a comment
David tweets:
In self-quarantine like… 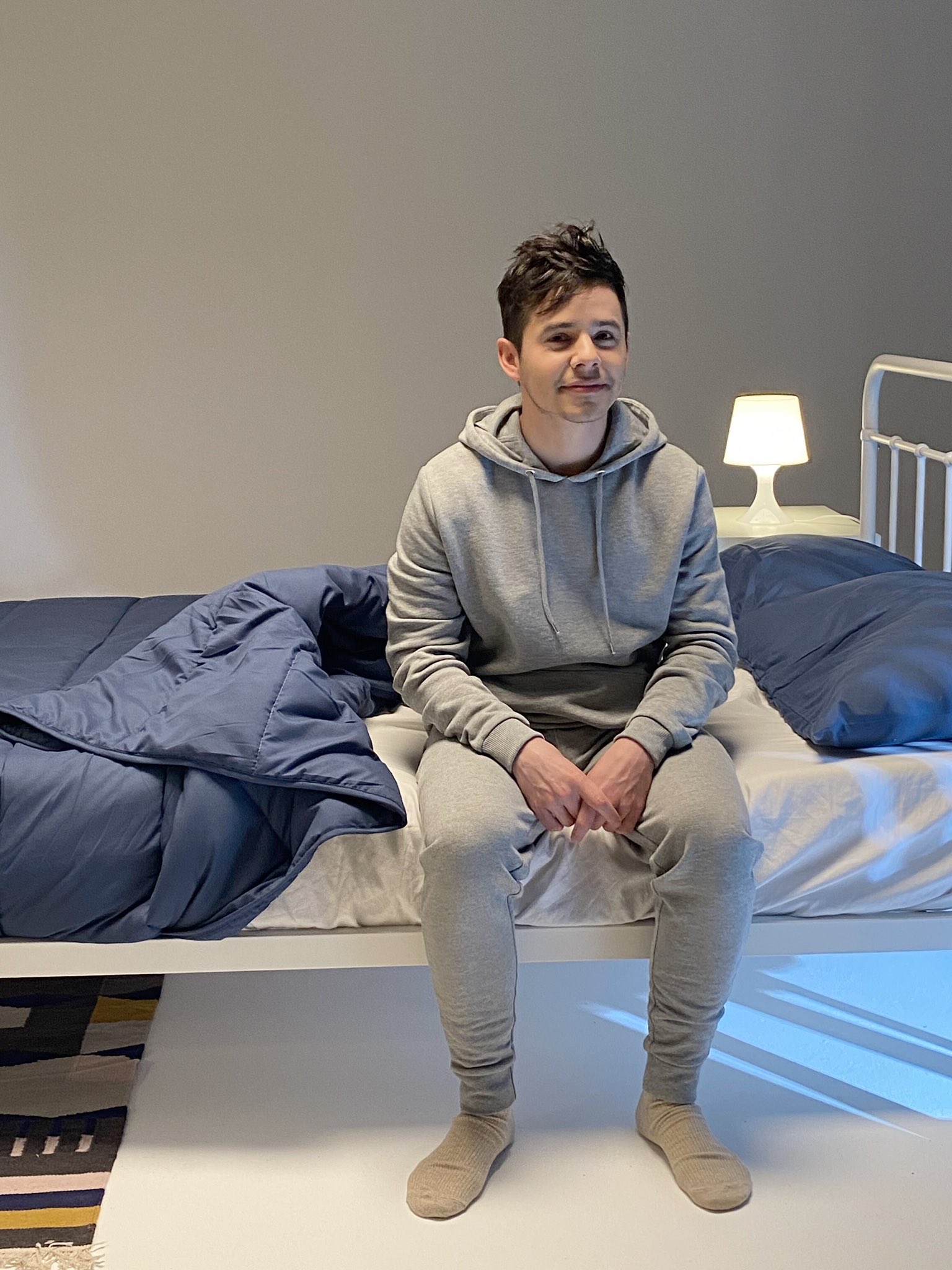 New rescheduled dates will be announced in the coming days
May I interrupt David’s announcements by saying – he looks mighty cute sitting on that bed, hair rumpled .. smile looking cheeky ..  And I also notice that bed of his is the cleanest looking and well laundered and most orderly looking bed ever!!   😀  I shouldn’t be surprised.  I cannot imagine David doing anything untidy or unkempt.  Yeeaahh … he is not quite human!   LOL!!   😀
I’m glad and relieved that David is staying at home and his fans are staying at home too!  No One Moves until the virus moves away!!  It’s most important now that we practise Social Distancing to Flatten the Curve.

Posted by Archuleta Avenue Msia on March 12, 2020
Posted in: General. Leave a comment 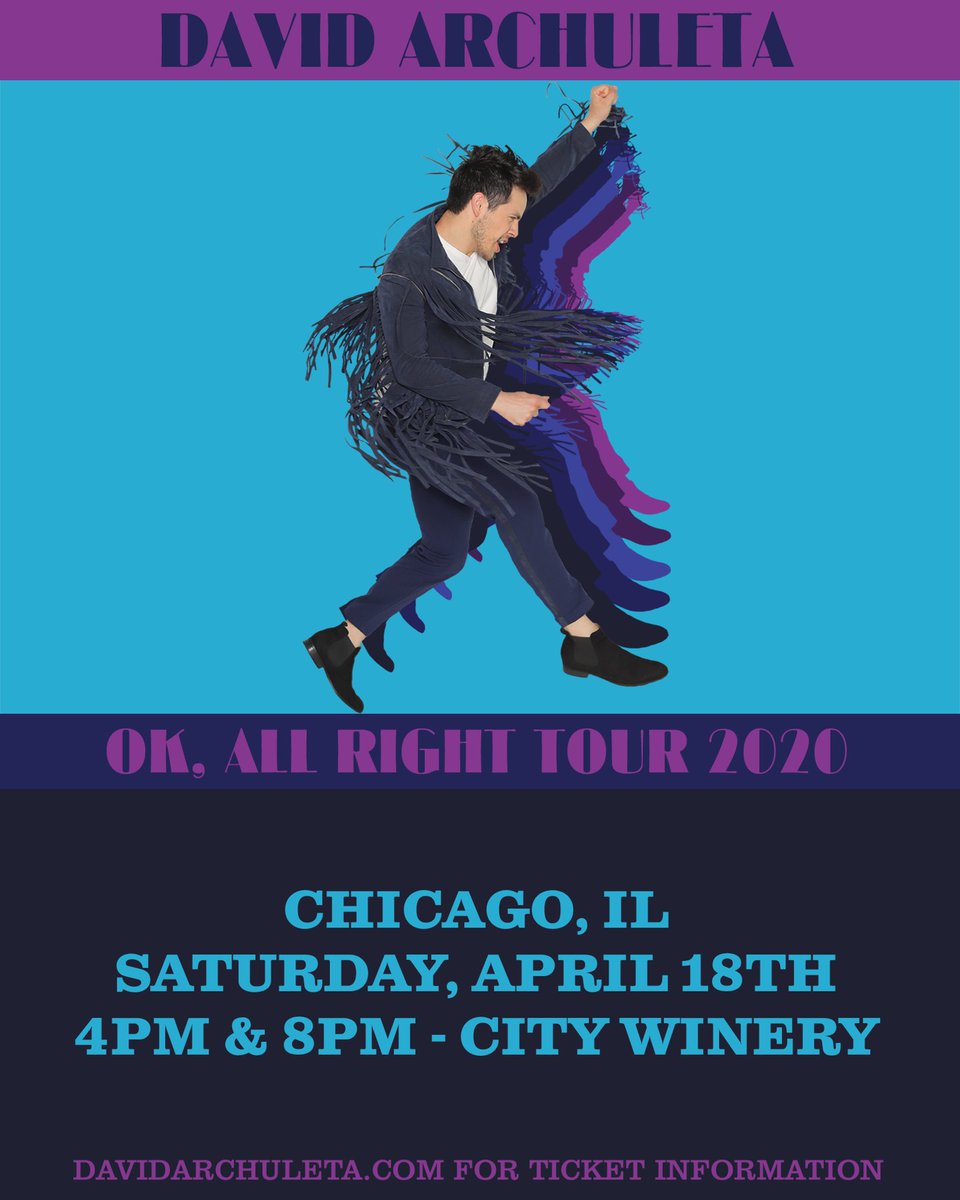 Needless to say, everyone is super thrilled with excitement .. and somewhat anxious too.  Is this his New Sound??  What will it be like??  Does the Fringed Jacket give a hint??!!  Will it inspire David to making moves like this at his OK Alright Tour??  Just wondering  …   😀 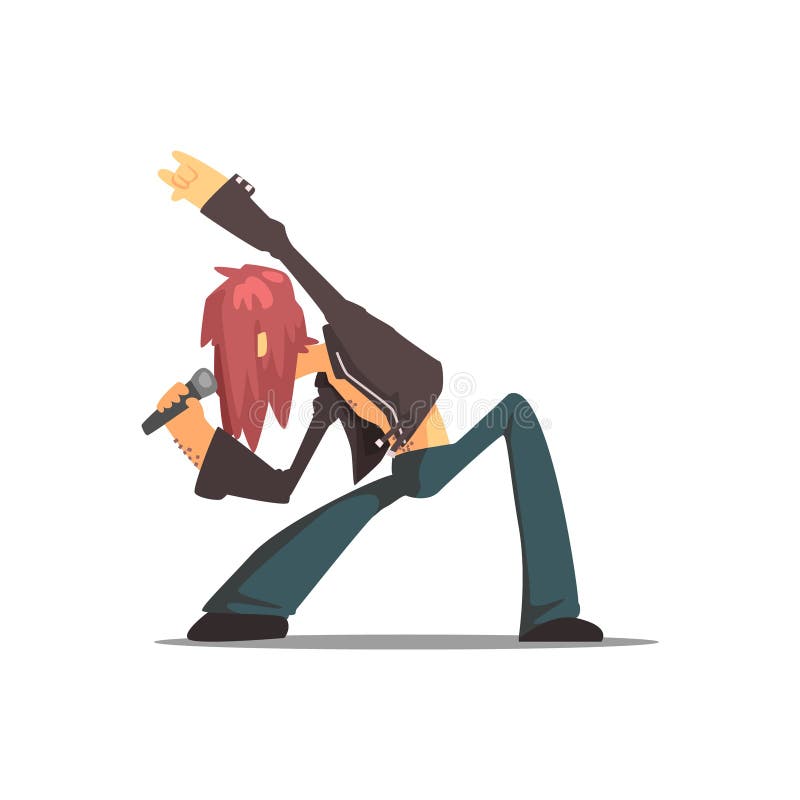