David Archuleta Reaching Out to His Fans again!

Better still, he is reaching out to us with music  –  through all the Sold-Out Shows in Richfield and Queen Creek.

An album of new music was something I’ve been ravening for, but seeing David reaching out so enthusiastically to his fans   (Touch My Hand again after so many years of comparative ‘distancing’ from him?   Wowza!!)   ..  and seeing his fans reaching out to him so eagerly, covering miles and miles to attend his shows, filling the arenas to packed sold-out houses, and responding to him and welcoming him again into their hearts as if he had never left, as if he is again their angel of inspiration .. has filled me with a warm glow of content – for the time being anyway until the new music comes  –  yes, like you, I will forever be greedy for David’s successes.

Is it a matter of self-confidence that he is opening up more to be touched (by the hand, hello!) and to deal with “I love you’s” with less embarrassement?   Is he feeling more self-assured that “it is ok” to be both emotionally and physically close to his fans?   Has he finally realised that the “lunacy” of his Archies is harmless?   That we are “nice” (ahem!) people who will not ruffle his hair (is that the reason for his chopping it off every week?),  will not rip his clothes (jacket + shirt + unknowns) and will not destroy his self-respect and dignity?   😛

And the Fans’ reach-outs to him!!

I prefer this stance though – the ‘natural’ Real Man!   😉

Posted by Archuleta Avenue Msia on March 24, 2016
Posted in: General. Leave a comment 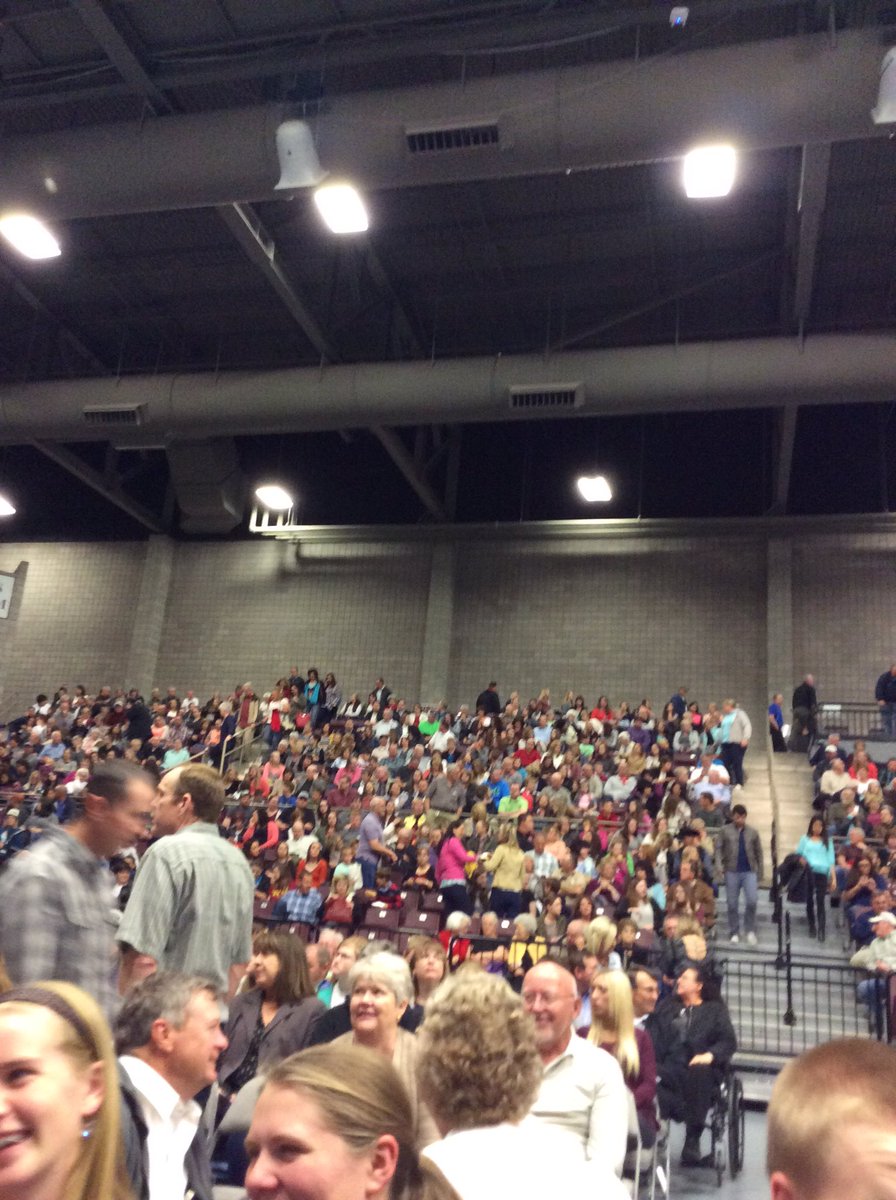 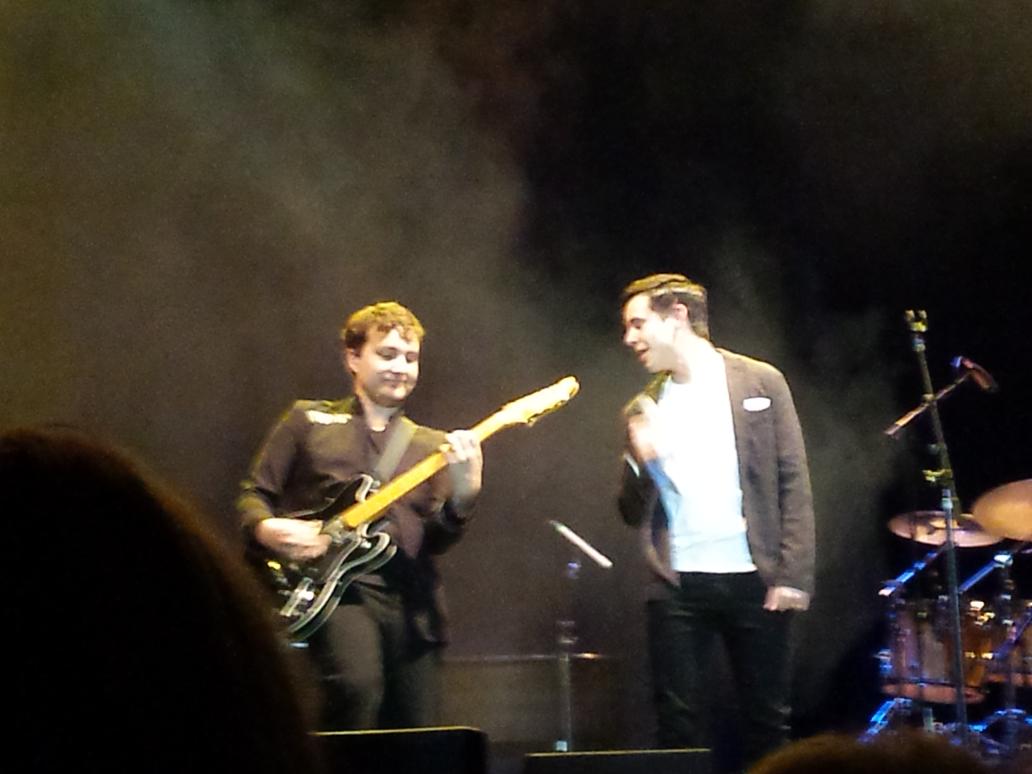 Would have loved having been there to listen to The Prayer!   🙂

PS:  We were enjoying watching David’s rhythmic gesticulations so much as he sang this song (and his musical swaggerings too at the end!) that we decided to post this vid as well!   Thanks 8throwcentre!

PPS:  Oops … he is impressive with this latest cover too  –  it proves our belief all along that he is a good story-teller.   (He is such an actor!   Someone should give him a good film role some time.   🙂   )

Posted by Archuleta Avenue Msia on March 19, 2016
Posted in: General. Leave a comment

AI is coming to a close with its farewell season in 2016.  Many a time, many of us have confessed our loss of interest in the Show.   But we are posting this because Billboard has come out with a list of Top Performances, and the name which caught our eye is – U-No-Hoo!!   🙂
David is at No. 3 with Imagine and No. 38 with Angels!

It was top 20 week when David Archuleta became the front-runner to win season 7. His status seemed cemented when he sang a dazzling version of John Lennon’s “Imagine” that left many in tears. “David’s voice gets me on an organic level,” says vocal coach Dorian Holley. “The beauty of his voice gets right to why people love music – it tears your heart out.” One of the many people who spontaneously burst out crying during Archuleta’s performances was vocalist Lynne Fiddmont, who was a backing singer in Rickey Minor’s band. “I was tired and cranky during Hollywood Week and then David opened his mouth and I didn’t know what was happening to me. Then every time he sang I had to tell myself not to get emotional on television. No matter what I said, I cried. He has that tender-hearted voice and a vulnerability that is very rare.”

For inspirational week, David Archuleta admitted he was having a “hard time” picking a song – until he found Robbie Williams’ “Angels,” a song that was a hit all over the world except for the U.S., where it peaked at No. 53 on the Hot 100.

The teenager from Murray, Utah, said he “felt so strongly with the music and the song and the message in it. Despite whatever you are going through, there is always a light at the end of the tunnel.” Seated at a grand piano in a light colored shirt, Archuleta looked – and sounded – angelic as he was enveloped in soft lighting and mist. “That was your hottest moment of the whole season,” said Randy Jackson, who concluded it was “crazy hot!” Paula Abdul agreed, saying it was “fantastic.”

Good memories are always worth dwelling on.   🙂

Posted by Archuleta Avenue Msia on March 17, 2016
Posted in: General. Leave a comment

Peek-a-boo. Working on strings at the studio for a new song. I tried to get the musicians on camera but you can’t see them from the listening area. At least you can hear a little.#strings #music #Nashville

For the vid, please go to FOD.

Not only does the snippet sound awesome, David sounds awesome too like a true Maestro conductor!   😀

Posted by Archuleta Avenue Msia on March 16, 2016
Posted in: General. Leave a comment

Now that we are into an interim period before David’s next sold-out Show in Richfield on March 23, we’ve got to think of something else (where is that dang album!) just as inviting in the meantime, to tickle the cockles of our hearts, so to speak.   😉

Other than attending a David Archuleta concert or having his new music securely sitting in our grubby hands, what can be more exciting than to indulge in the all-consuming universal experience of Eating!

Oscar Wilde says in “The Importance of being Earnest”:

“I hate people who are not serious about meals. It is so shallow of them.”

Sharing Food and Talking about Food are experiences of sharing happiness.   And Eating is closely linked to feelings of sensuality  … spirituality  … ( yes, I think you know what I’m going to say next)  … much like listening to Music.

The David-experience has always been a spiritual one which has consumed us  (that’s why many of us test our unfailing patience, albeit miserably but with much bravado!

)   When we are weary and exhausted from the dealings of the world, we try to kill it by perhaps sleeping  …   retiring into our own space  … or reading a book.   We look for a diversion  …  and yes, we often listen to Music and we Eat, or at least, we think about Food or what to Eat next.

So many things in life are now automated.  Food is one of the very few sensual experiences left.

And David, often having to sooth the frayed nerves of his Archies, knows that.

How many times has he tweeted about Food in his career so far?   I really can’t keep count.   😀   He is either constantly hungry for good food (like us!) and cannot resist talking about it OR he is very crafty  – continuing to keep us in tow when there is no new music.   I’m being unfair.   We all know he is working as hard as he is eating.   😀

We had about 100 different kinds of soup at the 28th annual Art and Soup Celebration in Salt Lake, ranging from chili to saffron soup. This was the butternut squash soup stand.  ‪#‎artandsoup‬ ‪#‎CNS‬ ‪#‎soup‬‪#‎saltlakecity‬ ‪#‎Utah‬ ‪#‎food‬ ‪#‎foodie‬ ‪#‎foodies‬ 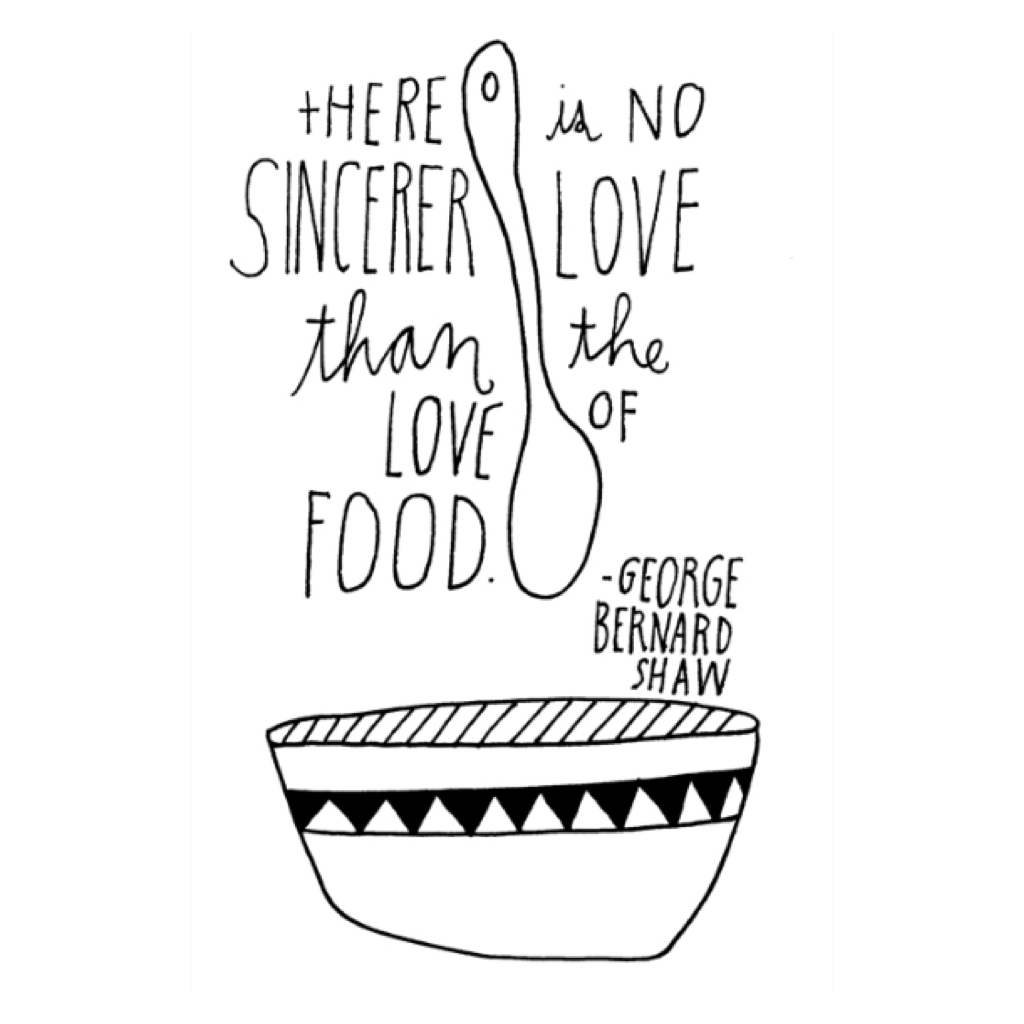 (But of course, how anyone has the heart to bite into David’s face and consume it, is quite beyond me!   😛   ) 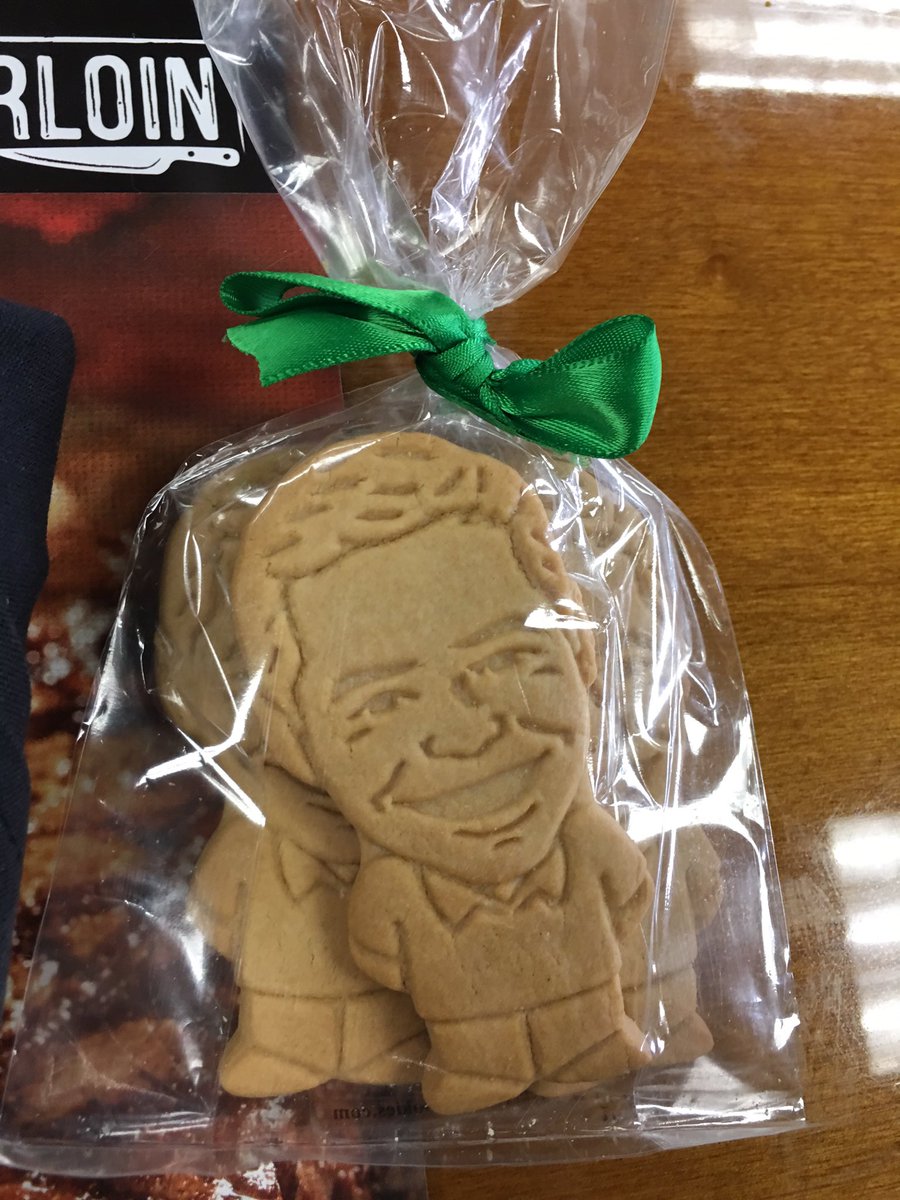 There is another well-known saying:

Worries go down better with Food (or izzit Soup?)

But sharing Food  …  even though it is cyber-Food sometimes  …  means goodwill for one another  …  that we are on a common ground.   It is a source of comfort for one another  … it strengthens our sense of endurance  …  it distracts us from the pain of suffering an unfulfilled lust for something else  … like his Album???   😡   😡

Posted by Archuleta Avenue Msia on March 12, 2016
Posted in: General. Leave a comment

Popped by @borahhigh to surprise one of their choirs today before our Boise show tonight. : 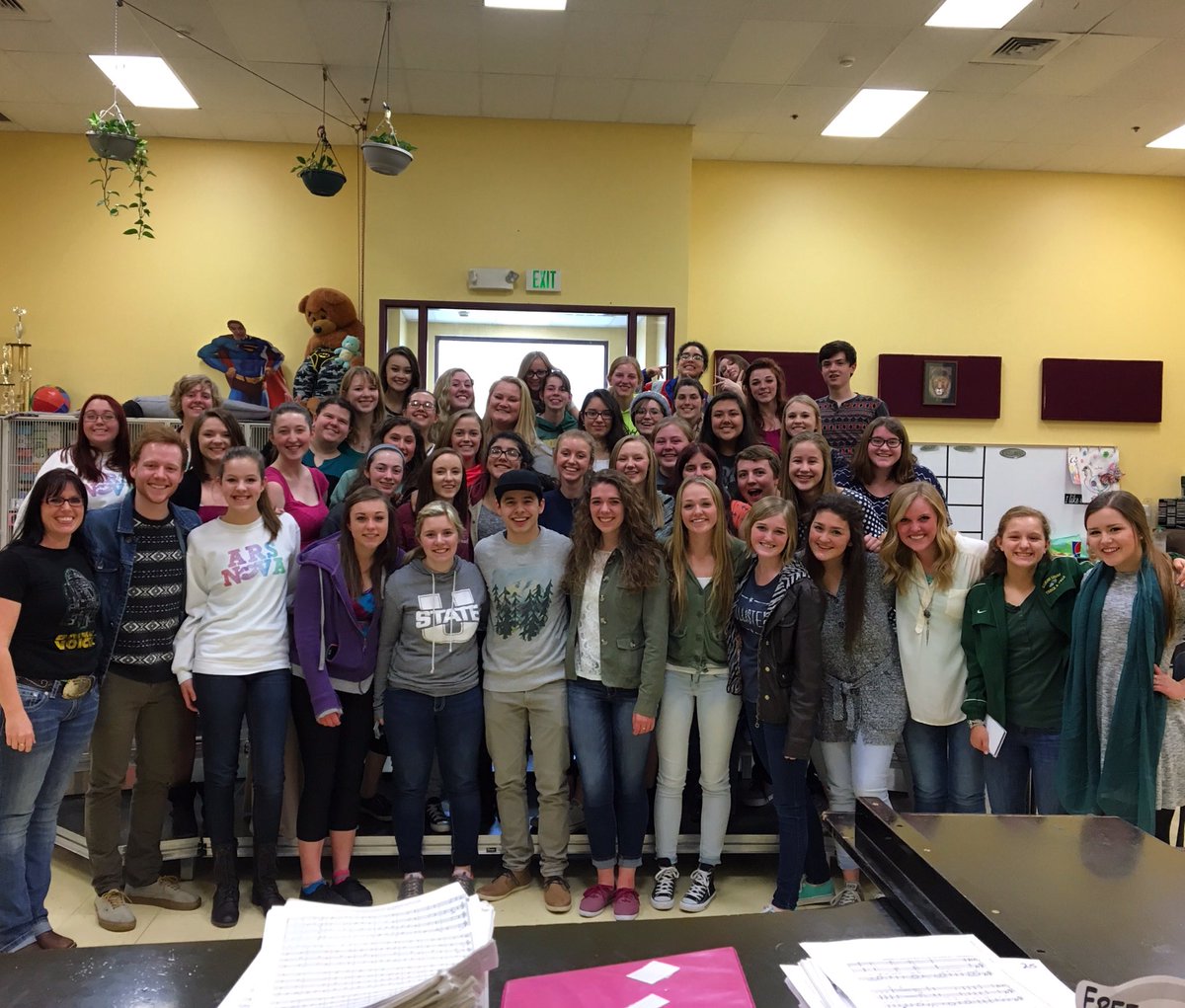 And this sounds like a little self-promotion from David but one which is warm and personalised  –  true David-style!

David Archuleta visited gr-niece’s HS Choir, sang for them, & gave them free tkts to his concert. 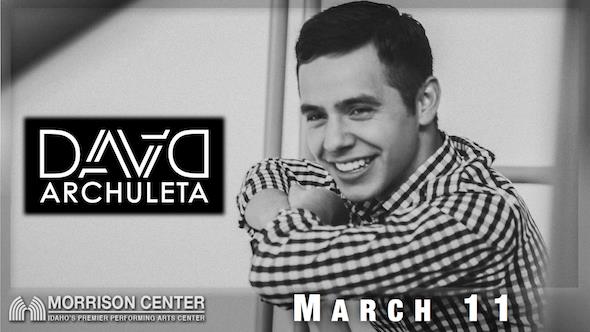