David Has Arrived in Peru!

Posted by Archuleta Avenue Msia on November 30, 2017
Posted in: General. Leave a comment 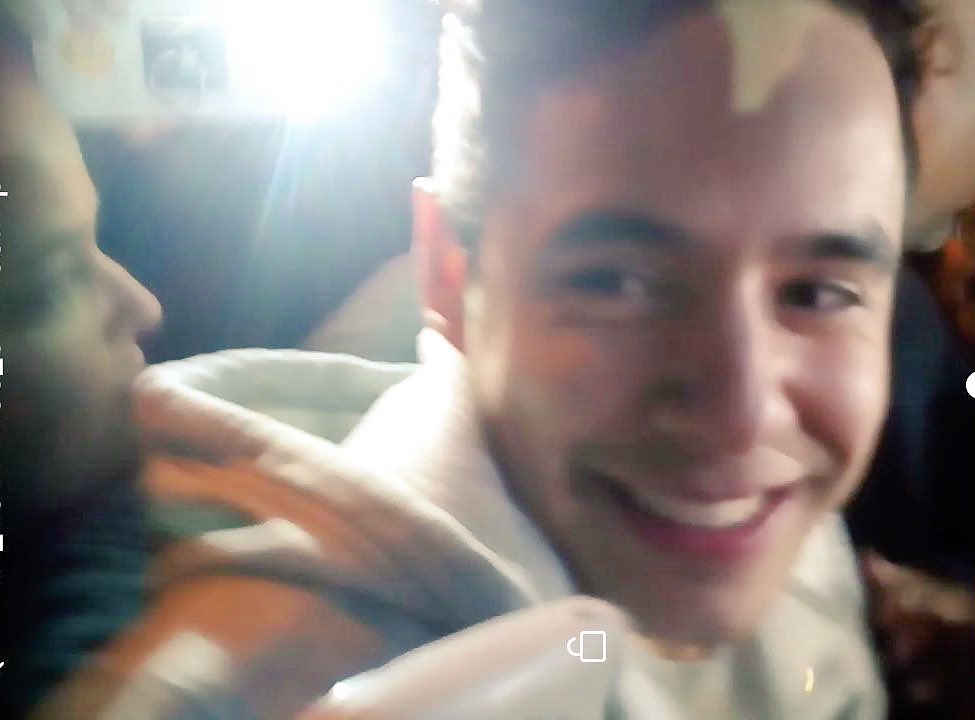 David has arrived in Lima, Peru to perform in his concert at the Green Arena.   There are some lovely, amusing videos at TheVoice  –  shaky, chaotic videos taken by some super excited fans,  as if there is an earthquake at the airport!   Should we be surprised that David started the tremors?!!    😀 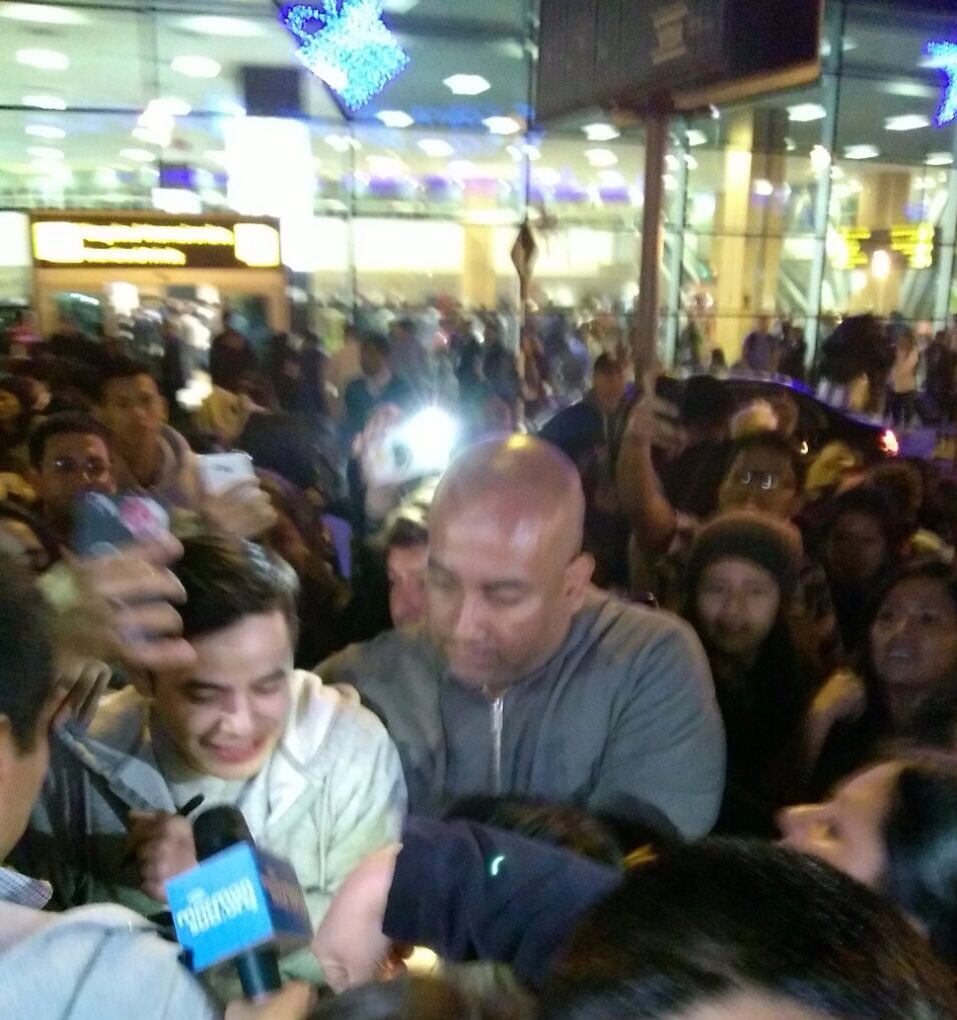 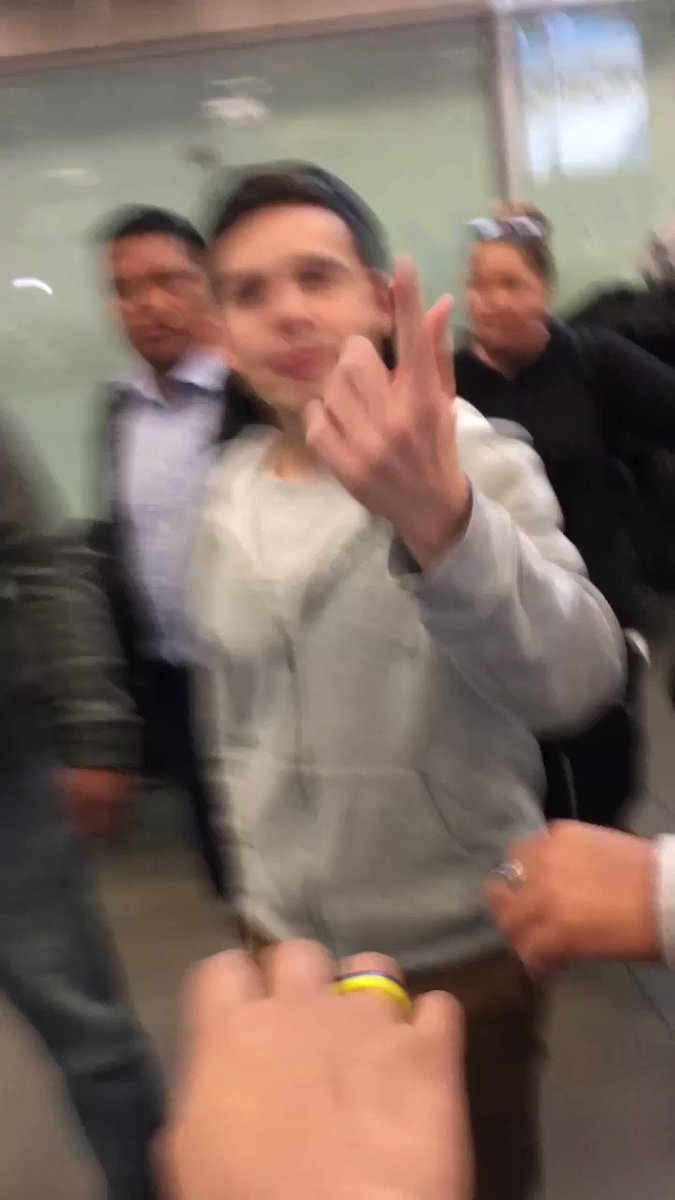 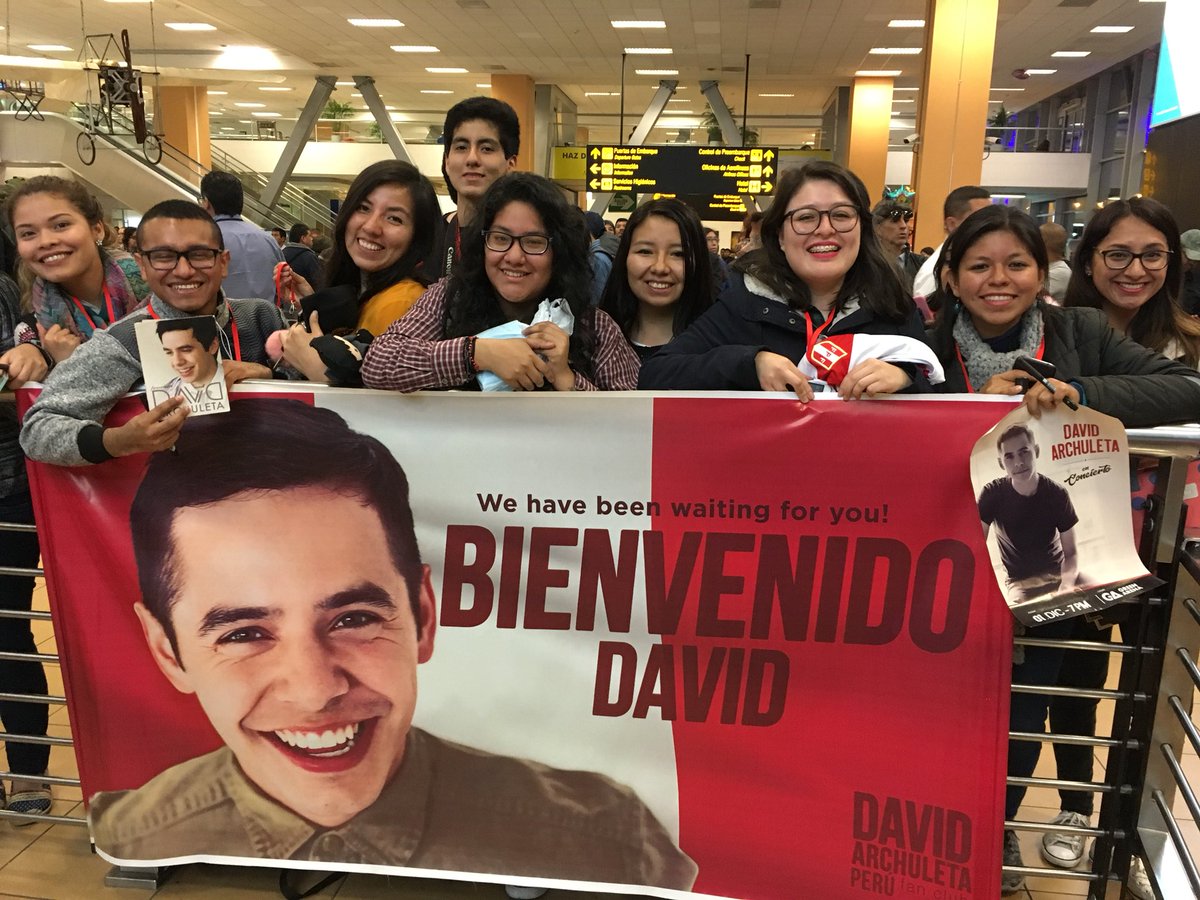 It’s always gratifying to see David being loved from one continent to another.   I believe that Spanish album which he mentioned some time ago will be forthcoming!   Yay!!

Posted by Archuleta Avenue Msia on November 29, 2017
Posted in: General. Leave a comment

Posted by Archuleta Avenue Msia on November 28, 2017
Posted in: General. Leave a comment

I’m stoked to announce that I’ll be hitting the road early in the New Year!

Tickets will go on sale Thursday, November 30th at 10AM local time. I can’t wait to perform you guys! http://davidarchuleta.com 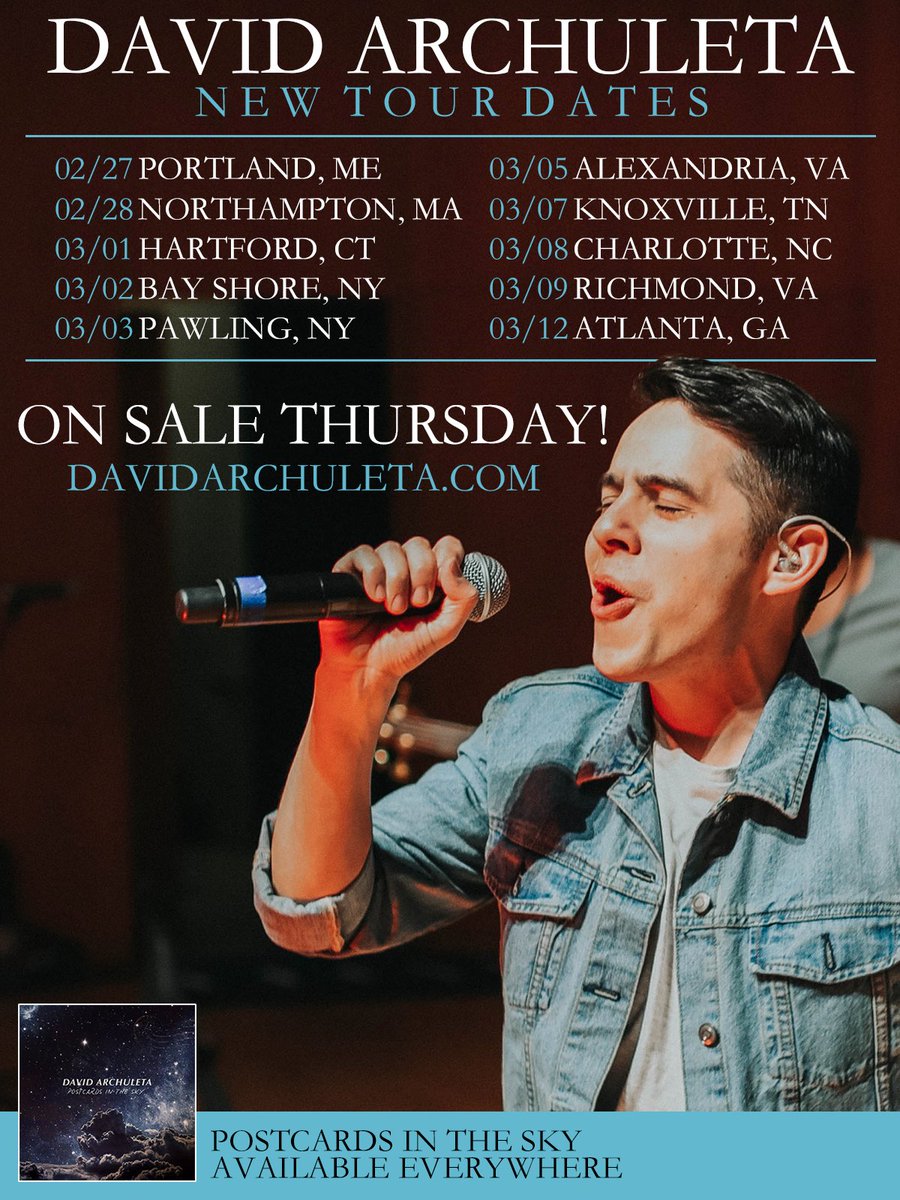 Posted by Archuleta Avenue Msia on November 27, 2017
Posted in: General. Leave a comment

“I’m not going away. I just released new music” 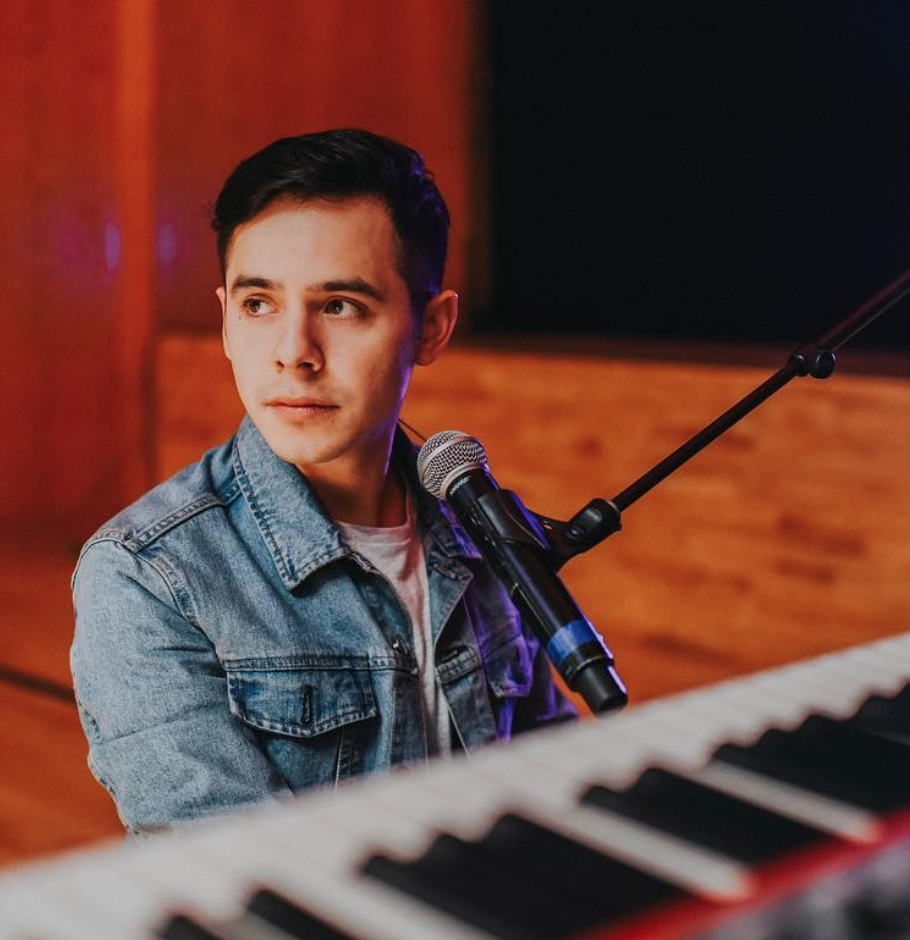 Observe the depth of determination in his eyes and the no-nonsense look in his expression in the pic. (To be honest, I actually Like David this way. Yes I do like serious people.    Or at least people with genuinely serious attitudes   😍   I did like goofy young David as well but .. that’s another story   😋   This mature version is for keeps!)

Those 2 lines in the tweet speak out so much to me :

…David is in a good place and he knows it

…David is happy and optimistic about his music career

…The success of Posrcards In The Sky has made him more hungry to create more music, the kind of music he is determined to give the world right from the start

How can anyone not admire such sense of belief and determination?  Especially in the likes of the present entertainment world where ‘success’ and ‘creativity’ are based on lesser qualities?

Great words, David – “I’m not going away!” You just stay put there, Arch!!  Don’t go anywhere except upwards.  One day the whole world will submit to your musicality!  ❤️

Chicago!! It was great to be back after 9 years. Let's get together sooner next time! We loved playing at the Promontory as well. If you were there what moment stood out to you?? #chicago #concert #thepromontory

Our young man is at it again!   Teasing us!   Tantalising us!   What is he up to this time?  Another tweet!:

“I’ve got an exciting announcement for y’all Monday! What do you think it could be?””

Posted by Archuleta Avenue Msia on November 25, 2017
Posted in: General. Leave a comment 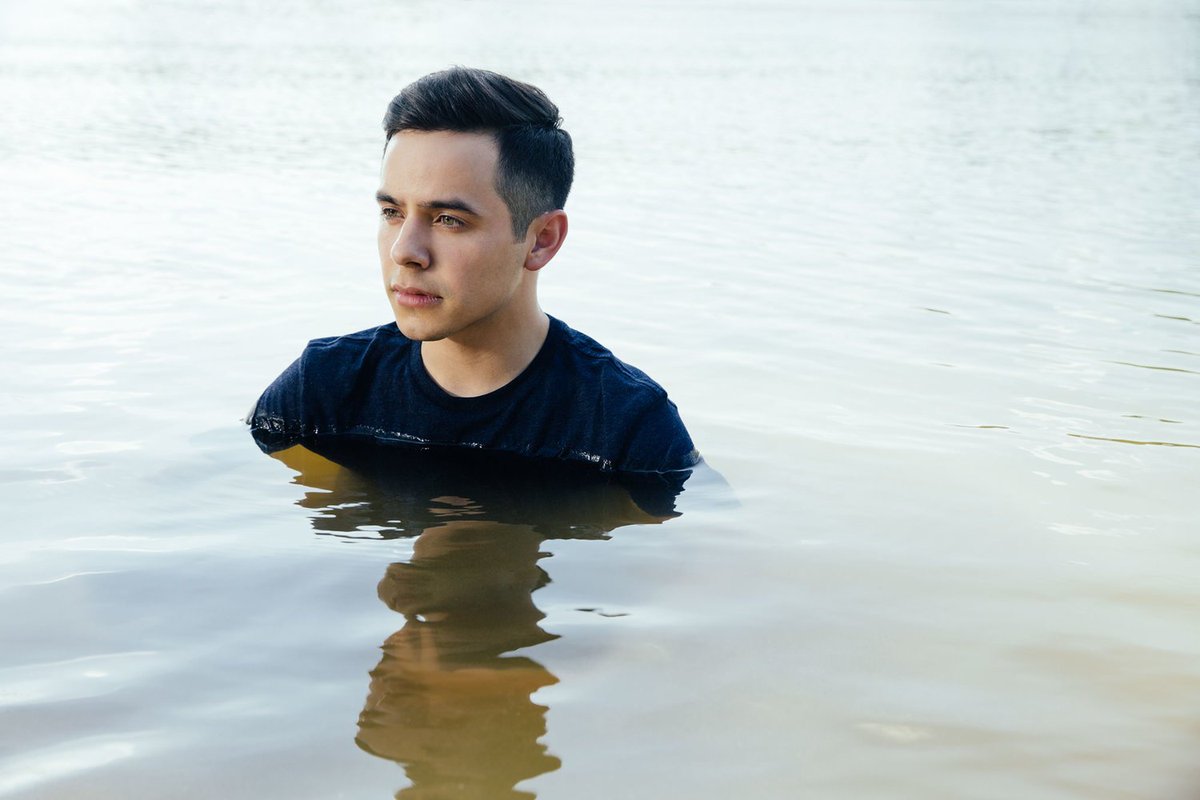 The Best Higher Ground Ever

Posted by Archuleta Avenue Msia on November 23, 2017
Posted in: General. Leave a comment

I love this quote

.. and David proves that it’s so true!

Never had many, even devoted fans, imagined David Archie to be able to put up a stage performance like that.   Mind over matter.  Music towards good.   I know for sure now that he could sing ANYTHING, dance ANYTHING, and be the BEST artiste/performer he wants to be!!

And one of the most positive messages David sent, talking about GLORIOUS and the simple truth of music –

“It reminds me of the power of music with a message and how my goal is to help people find the part that they play. We just need to keep listening, and pretty soon we’ll start to figure out our part. 🙂 Here’s to making more great music everyone! ”

I DO IT BECAUSE I KNOW I CAN

A simple, down-to-earth fan message to show how David has touched the lives and emotions of so many in the world by just wanting to make powerful music his own way, defying the people from the past that he could not make successful music unless they were about the usual “lovesick lovestruck lovelorn relationships”.   This is the David-way – to bring out the basic good and honest heart-feelings of people – through his music.  Because he knows he can.