We will forever love all of @DavidArchie‘s music. Listen to #LeoEP now!

Some reviews from iTunes and Amazon- 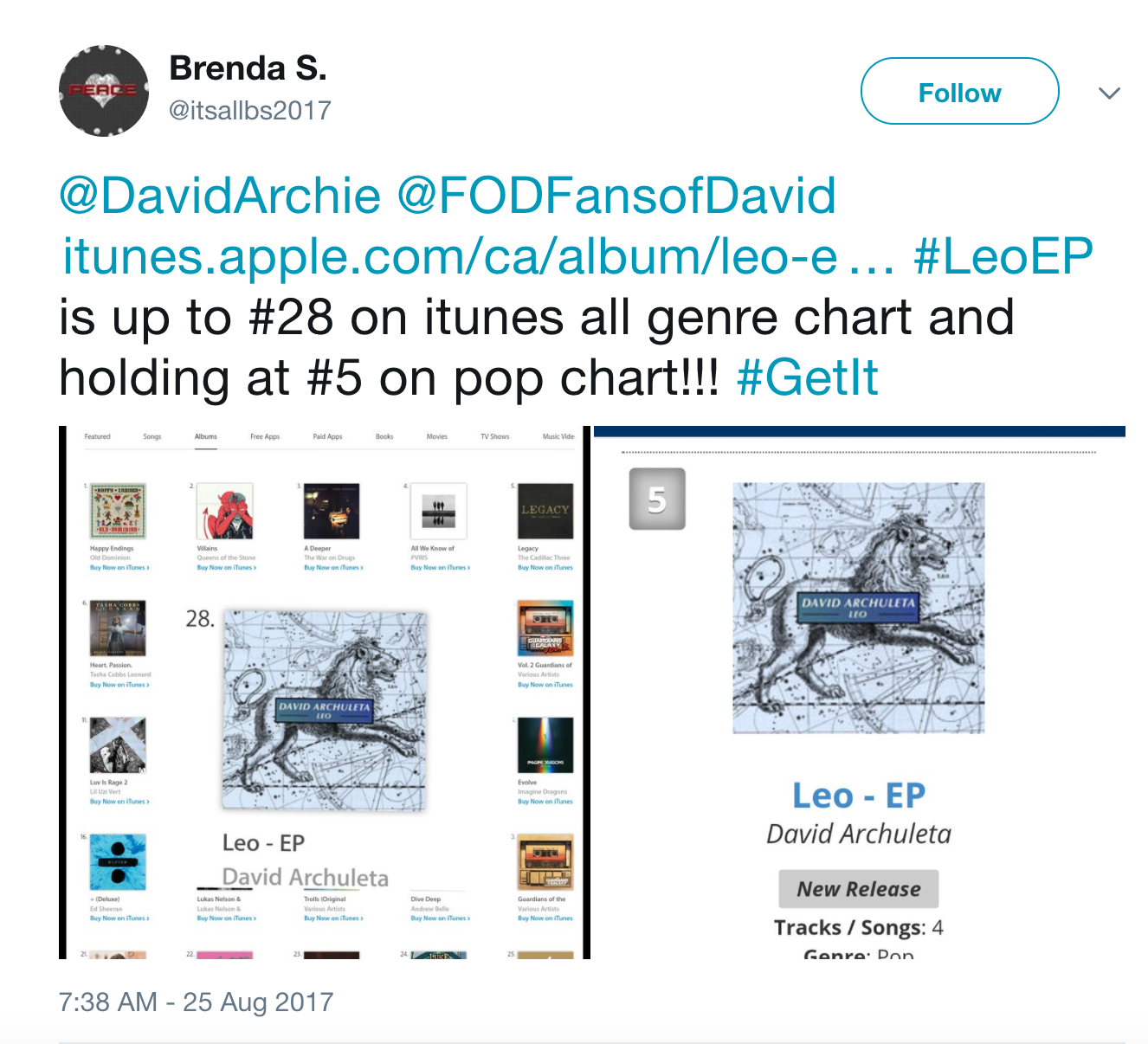 And a lovely write-up by Mark Franklin for Idol Chatter:

He fulfilled part of that promise Friday, releasing another four-song EP called “Leo.”

It features “I’m Ready,” one of the best songs we’ve gotten from David since his second-place finish on Season 7 of American Idol. It features “Spotlight Down,” a heartfelt ballad. And it features two more upbeat songs, “Other Things In Sight” and “Someone to Love.”

What it doesn’t feature is a single weak track, a tribute to David’s growing maturity as an artist.

Now 26, David says he decided to name his EPs after constellations because “this phase of my life is all about looking up.” He especially liked Leo because he likes the aura of the tiger — tough, but not overly aggressive. (edit: think he means Lion   😉   )

The former teen heartthrob admits during the chat that he felt like it took him a long time to find himself as an artist, to start acting like an adult in control of his own destiny while the grown-ups around him “treated me like a kid.”

David said he returned from a mission trip to Chile a couple of year ago with a new perspective on life and his music.

“This Leo EP, a lot of the messages are stronger,” he explains. “I’m taking control of my own life. I’m stronger. But it doesn’t mean I have to be all loud and aggressive and obnoxious about it.”

“This time,” he said, “instead of being so caught up in trying to be the big shot, the hit master, the most popular artist out there, it’s about being myself. If it’s taking the risk of not having as cool (of a) hit song, so be it.”

Oh, and here’a bit of irony. David, in his efforts not to focus on making hits, is back on the iTunes charts. In fact, for an independent release, “Leo” is making one heck of a splash on those charts.

Twenty-four hours after its release, the EP was number seven on the iTunes pop albums chart and number 55 overall. Today at noon, it was still in the Top 10 on the pop albums chart.

David is currently touring in support of his new music, and his tour will include stops in Sellersville, Pa., and Pittsburgh next month. You can check out all the tour dates on his Facebook page.

Postcards In The Sky

Posted by Archuleta Avenue Msia on August 27, 2017
Posted in: General. Leave a comment

ARTWORK OF DAVID’S NEW ALBUM:   POSTCARDS IN THE SKY 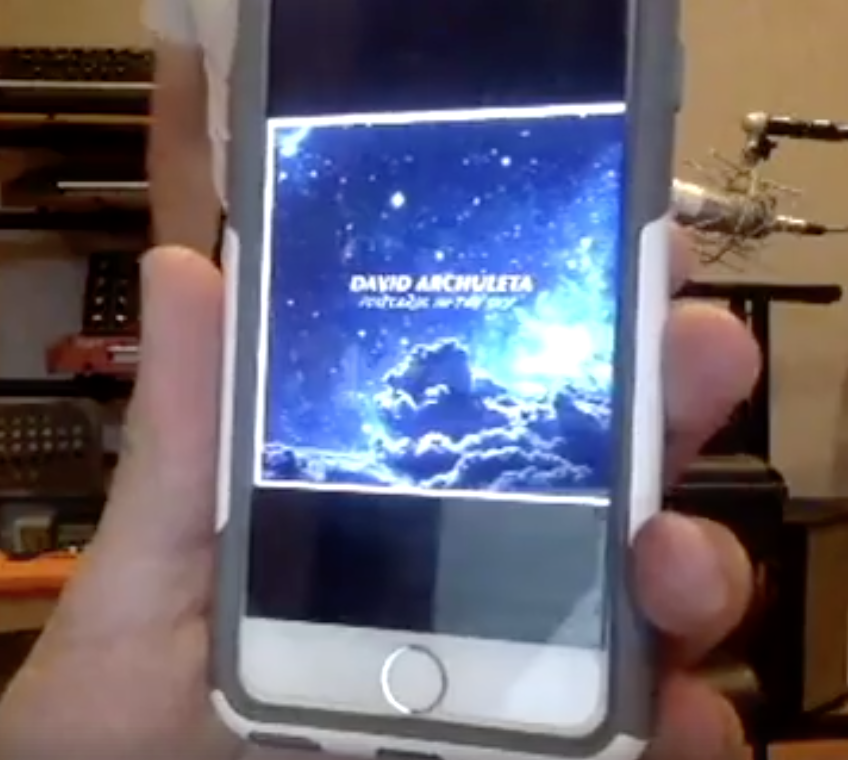 The breaking news was revealed by David himself during the Live Launch Party of LEO!   😯 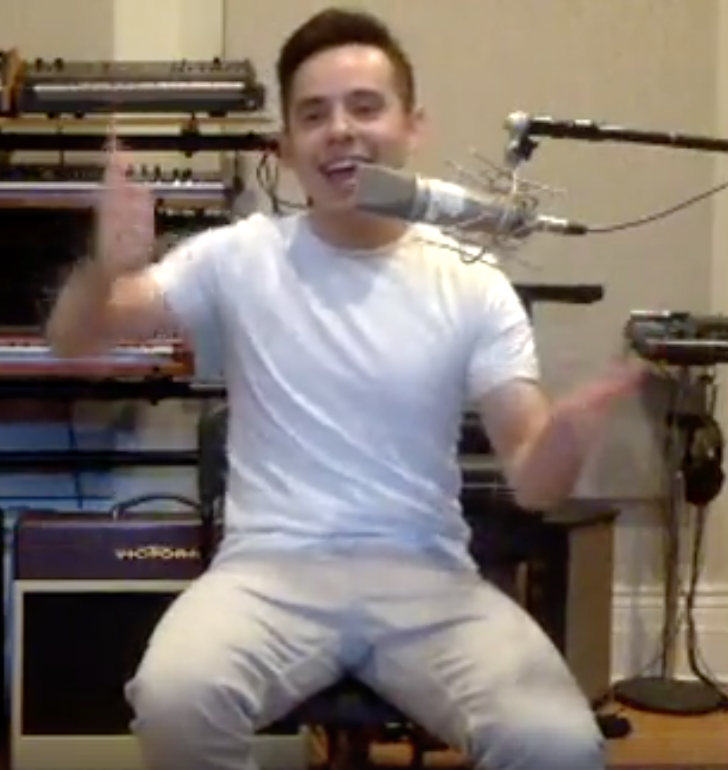 The other breaking news is David will be going to the Philippines later this year!!!   Eeeekkk!!!   Just down the street from us!!!   😯

So much tremendous great breaking news it’s difficult to swallow everything!   My tummy is churning with flapping butterflies!!!   😯 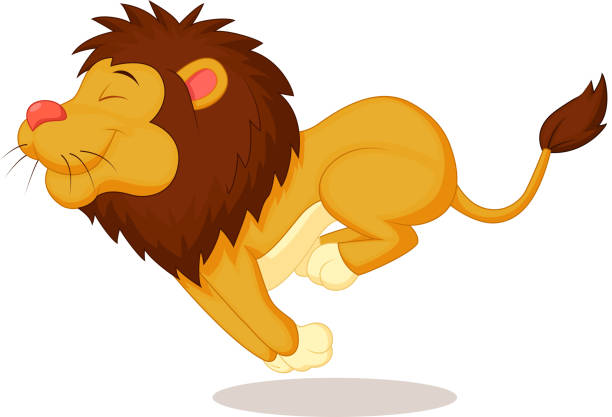 Posted by Archuleta Avenue Msia on August 26, 2017
Posted in: General. Leave a comment 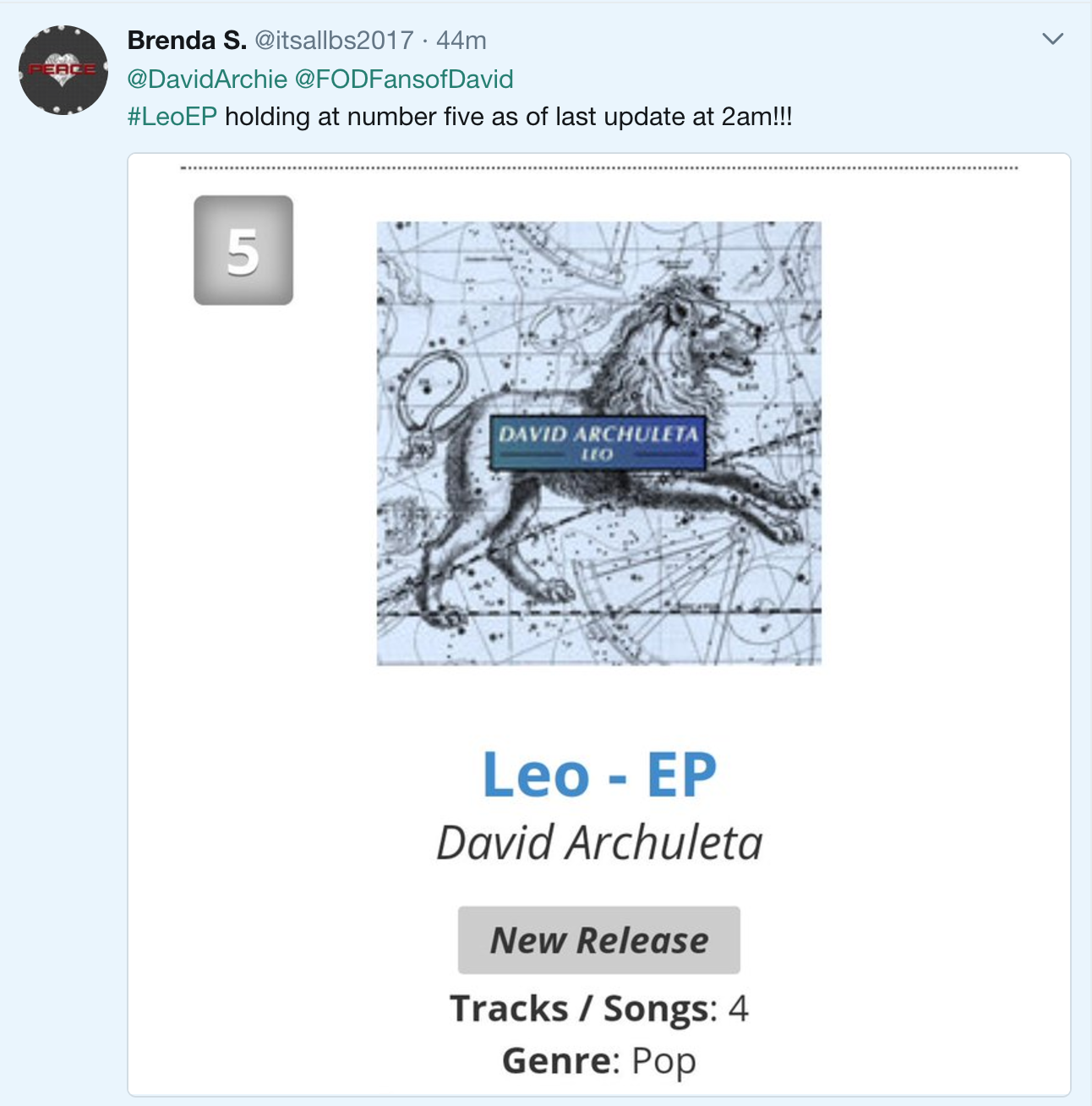 Platinum-selling singer David Archuleta is gearing up for the August 25 release of Leo, the second EP from the international pop star. The four new tracks showcase David’s creative use of multiple producers, resulting in a kaleidoscope of colorful, thought-provoking pop, united what’s become his signature positivity, personal and profound songwriting which fans experiences through the release of his first EP, Orion, in May.
David has chosen the constellations theme for the series of projects based upon the upward direction he often looks for inspiration, both literally and figuratively. “I want to get people to look up more, and the stars along with music are some of the best ways I know how to do that,” he explains. “The upcoming album as a whole serves that purpose to get people to look up and for something more, whether that’s looking for God, for a deeper connection to life or finding more of who they are. I’m a huge believer that looking up will always serve a purpose, and we will move forward more filled and stronger.”
The highly anticipated new project is currently available for pre-orders by visiting iTunes. Fans who place their pre-orders will get a copy of the singer’s new single, “I’m Ready,”prior to the official release on August 25.
“Leo is a more throwback and stripped-down set of songs,” says David. “I wanted to show strength and that I was taking a stand for myself with these songs. I want my voice to be heard after letting so many other voices and opinions steer my path. I felt the constellation of Leo represented that. Lions can be fierce and strong, but they also have a calmness and relaxed nature [that] I see whenever I watch videos and documentaries with lions in them. I wanted to show that while I am coming forward with strength, it’s not in an angry or aggressive manner. It’s calm, but firmly standing my ground in who I am.”
Of “I’m Ready,” David says, “Change is something that has never been easy for me. I am a very analytical person. I’m always asking myself ‘But what if?’ I hate to say it, but many times my worries get so strong I don’t even dare to move. I’m too afraid that I will mess up and fail. I’ve realized, however, that falling is part of the journey. Joy doesn’t come from avoiding problems, it comes from working through them and getting back up when you fall.”
Rounding out Leo are tracks “Spotlight Down,” “Someone to Love” and
“Other Things in Sight.”
“Spotlight Down” describes David returning to music after a mission trip to Chile and “having a hard time coming back to the idea of being in the limelight of being on social media and performing on stage again,” he says. “I remembered that the reason why I loved music wasn’t to get everyone to watch and adore me, but my favorite part of singing as a little kid in the backyard was that no one was listening. I felt I could be who I really was. Those were some of the moments I felt closest to God. This song goes back to that. Happiness isn’t about how many people are watching you. It’s about connecting to who you really are deep down in your soul, and having the courage to stay true to that.”
David says the raw and sentimental, “Someone to Love,” is a “song about how exhausting it was for me to constantly be focusing on myself and being liked by everyone. Being so caught up in myself got me over analyzing and constantly self-critiquing as I looked in the mirror. I got worn out by it, and was conflicted because I was convinced I needed to be selfish to stay higher up on the food chain and be somebody, but knew I needed to change where I was looking. I went on my mission and realized real love comes from forgetting yourself and converting that focus and commitment from negative self-centeredness to positive energy that you get filled up with when you find someone to love, serve and lift up.”
Lastly, “Other Things in Sight,” the singer describes as his “rebellious” song. “It was my song [about] being tired of everyone’s opinion of what I should and what I shouldn’t be doing because according to them, I am getting it all wrong,” he laughs.
“They say I don’t know any better, that I’m naïve and want to put me down until I’m insecure enough to hand my life away to them and to their control. I didn’t want to say it in any angry way. I’m actually not trying to be rebellious, but rather the contrary. I wanted to politely say to back off and let me grow up.”
All four tracks were co-written by David along with the talented tunesmiths listed below.
Leo Track Listing:
1. “Other Things In Sight”
(David Archuleta/Jeremy Bose/Trent Dabbs. Producer: Jeremy Bose)
2. “Someone To Love”
(David Archuleta/Jeremy Bose/ Cindy Morgan. Producer: Jeremy Bose)
3. “I’m Ready”
(David Archuleta/Cason Cooley/Annie Schmidt. Producer: Cason Cooley)
4. “Spotlight Down”
(David Archuleta/Isabeau Miller/Shaun Balin/Camille Nelson.
Producer: Thomas Doeve)
David will support Leo with tour dates throughout the Midwest, including the following stops:
Sept. 23 Kamas, Utah
Oct. 25 Sellersville, Penn.
Oct. 26 Pittsburgh, Penn.
Oct. 27 Cincinnati, Ohio
Oct. 31 Minneapolis, Min.
Nov. 1 Indianapolis, Ind.
Nov. 2 Kansas City, Mo.
Nov. 4 Franklin, Tenn.
Nov. 18 Pocatello, Idaho
Additional dates will be added and can be seen by visitingwww.davidarchuleta.com.
Orion unveiled Archuleta’s new sound, mixing his melodies and muscular vocals with stories about his life and recent experiences.
Like the constellation that gave the initial EP its name, the August 25 Leo also burns brightly.

Posted by Archuleta Avenue Msia on August 24, 2017
Posted in: General. Leave a comment 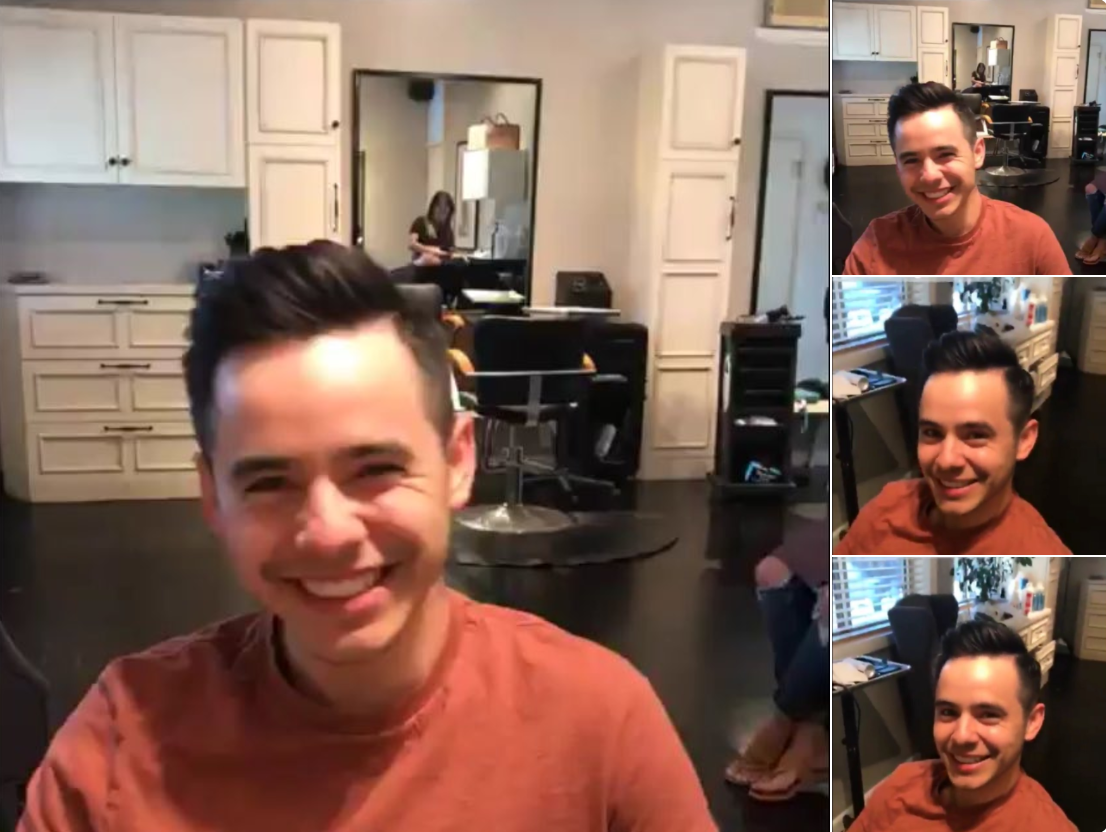 I never thought the day will come when I would say that I like David with a short hair cut.   But the day has come!   He is looking mighty debonair and dashing after his latest haircut!!!   😀   😀

Posted by Archuleta Avenue Msia on August 24, 2017
Posted in: General. Leave a comment
David is being philosophical and reflective about life again:

He tweets:   “there should never be just two options: perfection or giving up…”
I absolutely agree with David on this.   What is “perfection” afterall?   Nothing is totally black or white. There are so many grey areas in our thoughts, our behaviour, our standards, our world etc.   We should aim for a steady improvement, a deeper understanding in what we do.    Not perfection.   Who is to judge what “perfection” is? 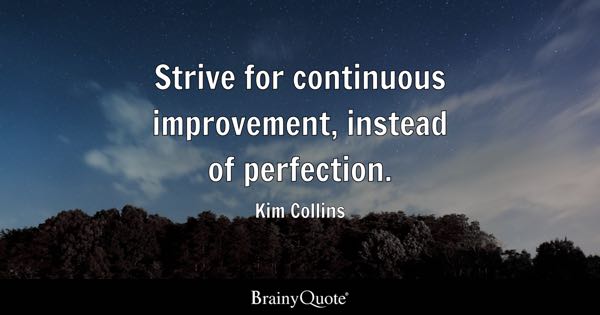 Another tweet from David   “..When learning the piano, are the only options performing at Carnegie Hall or quitting? No..” – Brad Wilcox.

This sounds alot like the first tweet.   About perfection vs quitting.   I would definitely love David performing at Carnegie Hall.   But if that doesn’t happen, to me he is still a great singer, musician.   DON’T QUIT, DAVID!   YOU DON’T HAVE TO BE PERFECT!   SOMEONE PLEASE EXPLAIN WHAT ‘PERFECT’ MEANS!!   EVEN WHEN YOU MAKE MISTAKES ON THE KEYBOARD SOMETIMES, IT IS BECAUSE YOU ARE HUMAN, LIKE ALL OF US.   THAT’S WHY WE RELATE TO YOU!!   😀 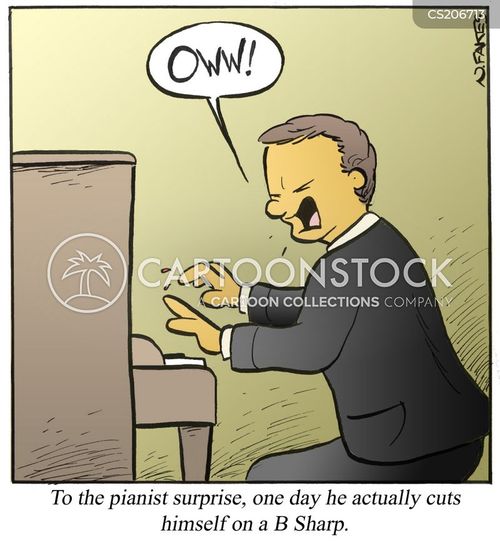 Yet another tweet:   “..Growth and development take time. Learning takes time. When we understand grace, we understand that God is long-suffering..”

I’m not sure I totally grasp David’s 2 comparisons.   However, I do believe that God could very well be long-suffering  –  given that the world has been deteriorating in its values, attitudes and behaviour.   This declaration needs a much longer discussion.

There is no need to hurry, David.   You have a whole life ahead of you to learn, re-learn, to make mistakes and improve.   You’ve been doing that already for some time. And the last tweet:   “..that change is a process, and that repentance is a pattern in our lives.” – Brad Wilcox, His Grace is Sufficient”.

Yes, change is an ever-ongoing process.   Discovering our mistakes and repenting and making an effort to change to be better should constantly be on our minds, in our intentions.   The last bit – I think is a little too religiously profound for me.   Not sure I should delve into unfamiliar grounds.   😀

AND DON’T FORGET TO DO THIS FOR DAVID   😀 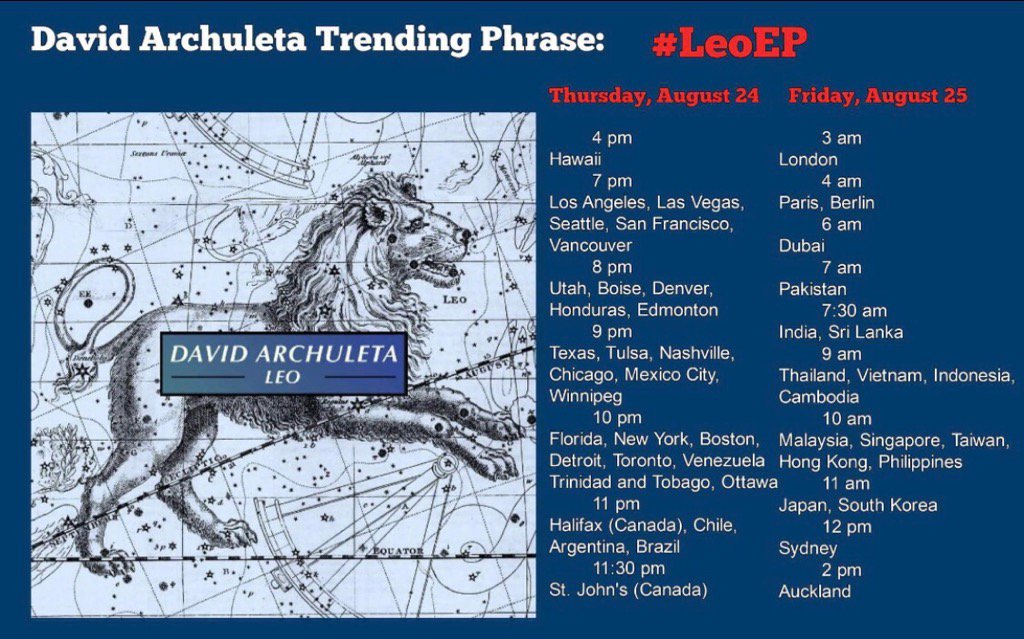