Goof and Poof are fighting again

Just because they don’t see eye to eye

Goof likes his meat fresh and juicy, dripping from the bone

Poof says, why so limited, what’s wrong with an occasional pie?

Goof and Poof are in disagreement

Goof says  ‘Hey David, you must sing from the voice in your head!’

No, she says, you must sing with love straight from your heart

Goof and Poof are always squabbling

She says you just wanna annoy me don’t ya, you belong to the zoo!

Goof and Poof are in a brawl

Whenever David tweets they fall into a heap

Goof says, Drat! why is he boxing the air and singing about tigers?

She says, mind your own business, he can do whatever, don’t weep

Goof and Poof are disputing

To hear David in Chile is doing the salsa

Goof says, why does he need to travel so far to dance?

She says, it’s one of the ways to convert people, you banyak susah!

Goof and Poof are ever quarrelling

Even when the Rainbow mv augurs well, they search a fight

Goof says, groovin’ is great but heck, why the orange lipstick?

She says, because he’s a star, anymore nonsense from you, I’ll bite!!

Goof and Poof are forever bickering

As to who between them is a better fan

She says, you’re so arrogant, then threw a tantrum just to show that man

Goof and Poof have different views

About David’s songs and most of his decisions

Goof says, go like Mraz and Adele, they’re your ever favourites no?

She says, No Thanks, David is an original, he will create his own renditions

Goof and Poof are at variance

Do the differing Archies enjoy being at loggerheads?

She angrily retorts right back and thumps him sure and hard on the head!

Despite the bond we Archies share in liking David and his voice, why do we often get stirred up about what David should do and what kind of music he should give the world?

Do other artistes “enjoy” the same concern?

Are they too subjected to the same measure of criticism?   If not, why David?

After our brief discussion a thread ago, we concluded that David does have many male fans.   But do the 2 genders see him differently?   Do the male fans just care for his music and nothing much else,  while the female ones are just as taken up by his looks and character?

It would be interesting to see everyone’s views.

Haha!   Highly unlikely!   And possibly impossible too, considering David’s uncompetitive nature.
In conjunction with the recent victory of President Obama’s return to the US Presidency, let us just have a little David-fun!

Congratulations Mr. President!   4 more years!   Can you help me find a manager and label who GET me?

Who is this Archie guy for President?   I thought Obama won. 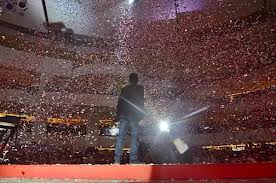 First of all, I wish to express my thanks to all of you for nominating me to run for President in 4 years’ time! 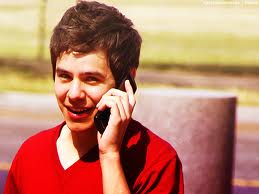 Jive?….er sorry, no deal.   I need to focus on my musical presidential campaign. 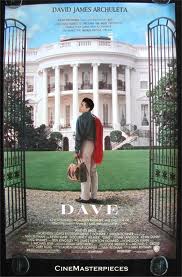 David sweetie, you know for sure all the Archies will be right behind you and cast all our votes for you IF YOU PROMISE TO SING ALL YOUR SPEECHES!! 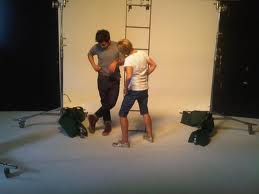 Meanwhile, do contemporarise your pop star image…that’s right David, showing a little skin is good for business…make some money for your campaign funds.

Brooke and I have moved on with our image – you must too,  Arch!   Did you know that some wacko at AAM is waiting for you to rip off your shirt onstage?!   That should bring in many votes! 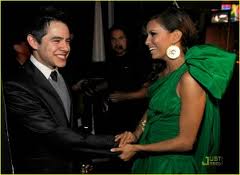 Thanks, but no thanks, Eva….not Desperate Housewives.   First and foremost, I don’t do kissing.   Thanks for your support – and all the Latinos too!   Remember to vote for me! 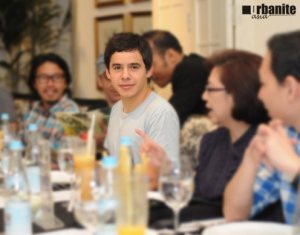 Hmm…….perhaps he should be President afterall – see how he stands out from the others – practising his Presidential look? 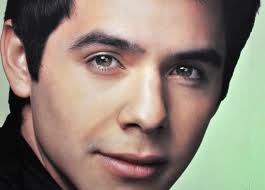 Hey guys, do you think this pic is potent enough for my campaign?   I’ll stare and hypnotise everyone in America into making a clean swipe of the votes!   Hah!

What a pleasure to see David pop up on my subscription list on YouTube. So, you can imagine my joy when I realise it’s a sneak peek of the Rainbow music video.

I honestly prefer the remix version of this particular song rather than the original. The original was a lot slower and sounded more like a lullaby. Therefore, it’s a nice change with the remix’s upbeat tempo. Anyone with me?

Anyway, on to the video, despite the low quality I absolutely love the sneak peek! I like how it showcases different aspects of David’s personality, especially his goofy side (what with the slight grooving and absent-minded glancing). The video editing has proven to be highly effective in attracting one’s attention and thus making the video more interactive. I found myself looking all over the video just to enjoy the different scenes. Though, it did cause some dizziness after a while. However, that was easily overlooked by David’s baby face.

Moreover, the editing has allowed us to observe different views of David. Just imagine Kari and the management team discussing the pilot of the music video. One goes: “How ’bout we have numerous Davids in one take? After all, what’s better than one David? That’s right, three Davids!” Yes, whoever that is is a genius. Now it has left us all swooning and weak in the knees.

All in all, this sneak peek has definitely served it’s purpose well: to keep us Archies wanting more. I’m literally at the edge of my seat waiting for the release of the full music video now. Keep your eyes peeled, everyone!

Sometimes (only sometimes), I feel miserable at the thought of David being away.   I try to keep my chin up by laughing, like imagining humorous things and situations.   These are some of the silly jokes that have played in my mind about his going away  – with due respect to David and his Church – with no malevolence intended.   🙂

I want to share them with you so you can laugh too.
Laughter is the best medicine for ODD.

As Chief Juror, I pass the motion for me to go on Mission and for you to wait for me for 2 years.   Any vetoes?

So many cute Elders and everyone is just gaping at only one!

It reads:  If you don’t come back in 2014, we will skin you alive.   Your loving Archangels

Woohoo!   This is a great way to transport my converts back to my Mission Temple!

You guys should go on Mission too!   You don’t know what you’re missing! 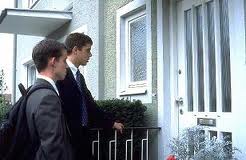 Is this the house where they kept Elder Archuleta for 3 days in captivity to sing for them? 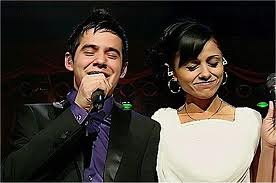 Sorry Mum I missed out a few steps.   I’ll practise in Chile.

Pow!!   That’s for staying away for so long!

Ah..this is a more suitable pic of me.   So you guys, BEHAVE!