Posted by Archuleta Avenue Msia on January 27, 2018
Posted in: General. Leave a comment 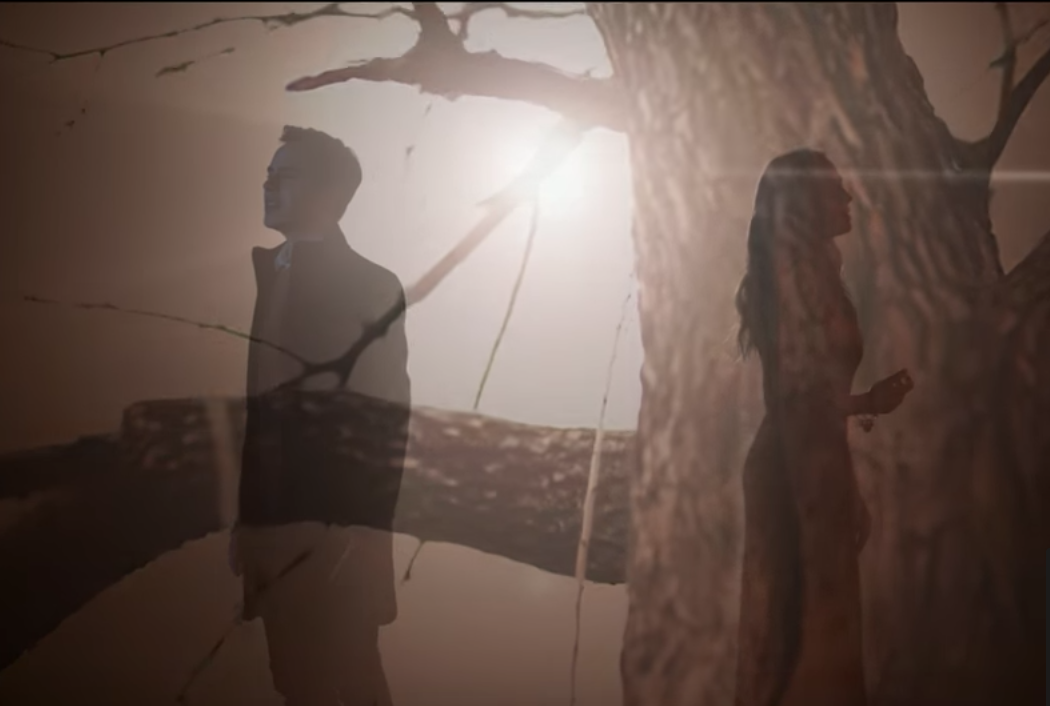 Just seeing that my new music video for “Seasons” featuring @MadilynPaige_ is trending #41 on @YouTube! Thank you guys!! If you haven’t yet, you can watch the #SeasonsMusicVideo here: https://youtu.be/nlIE1I6DxjI

Here are some sweet tweets and a few of the hundreds of YouTube comments.  Everything David has published the past year has been no less than 3-thumbs up!   Great Archu-time!!! 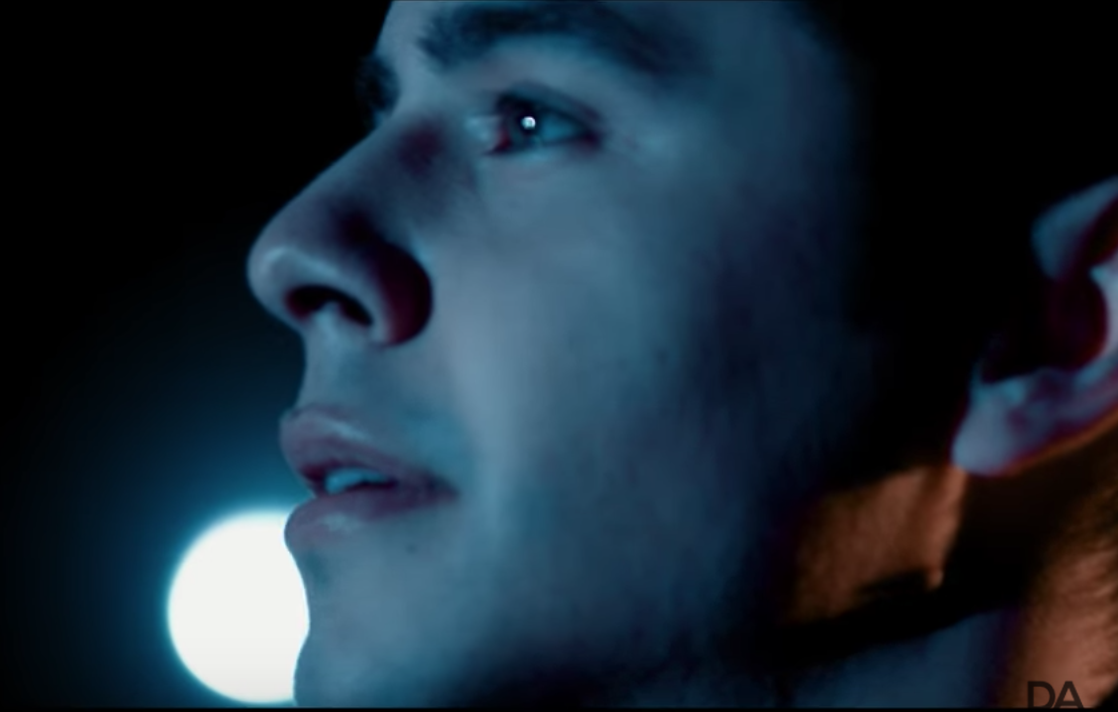 So happy that it’s trending, David, and we’re not surprised! It’s an incredibly lovely song and mv!! #SeasonsMusic

It’s such a beautiful song and video, David!! Thank you, @MadilynPaige_ and @dustbar for the gift of #SeasonsMusicVideo Love it! <

We need to THANK YOU for that wonderful song and the rest of #PostcardsInTheSky album. Every single lyric to all the songs are genius. So good!

You’re welcome, David! You deserve all love! It’s a beautiful video and the music is wonderful! I already know how to sing it!

I am so excited for y’all , you deserve all sorts of accolades. This is such an elegant , classy , beautifully created video and your voices are so delightful. It’s so pleasurable listening to you. Congrats !! Keep em coming

Thank YOU @DavidArchie and @MadilynPaige_ for creating such a visually stunning and vocally amazing work of art. One watch will never be enough for anyone who watches it. All sorts of feels!

congratulations, you should be ranked #1 because it’s a beautiful song. #mormonpower

And it keeps going up and up!

when I close my eyes while hear this song, it feels like I’m in heaven 😌#whattafeeling#thankyou
I love the how the simplicity of this video allows the viewers to focus more on the song’s beautiful and meaningful lyrics. Thank you so much for this. ❤
Awesome video. So much imagery that went well with the feelings and messages of the song. A big thumbs up.
David, you never cease to amaze me with your voice. You never quit believing in yourself and your music. Thanks for staying true to your faith and being humble. I have followed you since American Idol and I am still in love with who you are and your voice. You are amazing and give me hope that singers out there CAN stay true to their faith and make great music. This song is amazing and so glad you and Madilyn created such a beautiful tone. Love to you both. ❤
–
Not only that – the vid caught  the attention of Variety Magazine:

“American Idol” season seven runner-up David Archuleta and Madilyn Paige of “The Voice”
season six explore the delicate intricacies of relationships with the release of a new video for the duet, “Seasons.” A gorgeous ballad from Archuleta’s 2017 release “Postcards in the Sky,” “Seasons” is a “relationship song,” Archuleta tells Variety.

Directed by Dusty Barker, the two Utah natives never face each other, but share the same story from different points of view. While Archuleta is bathed in the shadows of dark blue light, Paige is seen from a sunnier perspective — a directorial decision that perfectly underscores the theme of the song.

“It was one of the first songs written for this project, and I felt like the woman in the relationship is the hopeful one while the guy is really negative,” says Archuleta. “It seems like a lot of times it’s harder for guys to stay committed to something whereas women usually are the ones who keep pulling through to the end.”

Co-written with Stephanie Mabey and Dustin Christensen, Arhuleta paints a picture using the imagery of all four seasons set against a piano arrangement that leaves enough room for both singers to convey fear and hope simultaneously.

“When the seasons change in our lives it’s harder to stay motivated to say you know we had a beautiful time in our life. We had a beautiful spring and summer, but now the fall is coming, and I don’t want to go to your winter again,” he says. “But the woman is able to endure longer, and Madilyne’s voice is saying you know what? Winter is coming, and it’s hard, but spring comes after that, and if we stick through it we will be able to see the blooming of our lives again, and I know if we hang in there it’s going to be ok.”

Archuleta says he thought Paige would be a perfect vocal match to join him on record after he came across her performances from “The Voice,” including her season six chair-turning performance of “Titanium.”

“I just loved how she was this vulnerable — you know first impressions — small girl and fragile.  Then I heard her sing this delicate version of ‘Titanium,’ and it really left an impression on me,” he says.

Intrigued, he looked up additional performances and then found a duet online, which sparked an idea to invite her to sing on his album. Says Archuleta: “She is a hopeful voice and that is her thing — she likes to help people know that they’re valuable because she deals with a lot of self-consciousness and issues and not feeling good enough, which is quite a theme today. And I love how she overcame it and was able to say I want to empower other people to help them know that they’re worth it. I thought what better voice for ‘Seasons’ where the message is this is worth it. This can work.”

Paige says that working with Archuleta felt natural. Both are from the same state, and both competed on national television shows. “We both know what it’s like to feel that pressure, and that competition,” she says. “It’s a whole other world.”

The two only met last year, but forged a friendship and toured together, with Paige opening for Archuleta in November, a night that he recalls included a standing ovation and a roaring crowd, both of which impressed him. The feeling is mutual. Says Paige: “I have so much respect for him and look up to him a lot. I’ve looked up to him since ‘Idol’ because he did that a few years before I did ‘The Voice.’ So he’s definitely been an example to me. He was the talk of the town, for sure, and to do a collaboration and feel like we’re supporting each other… 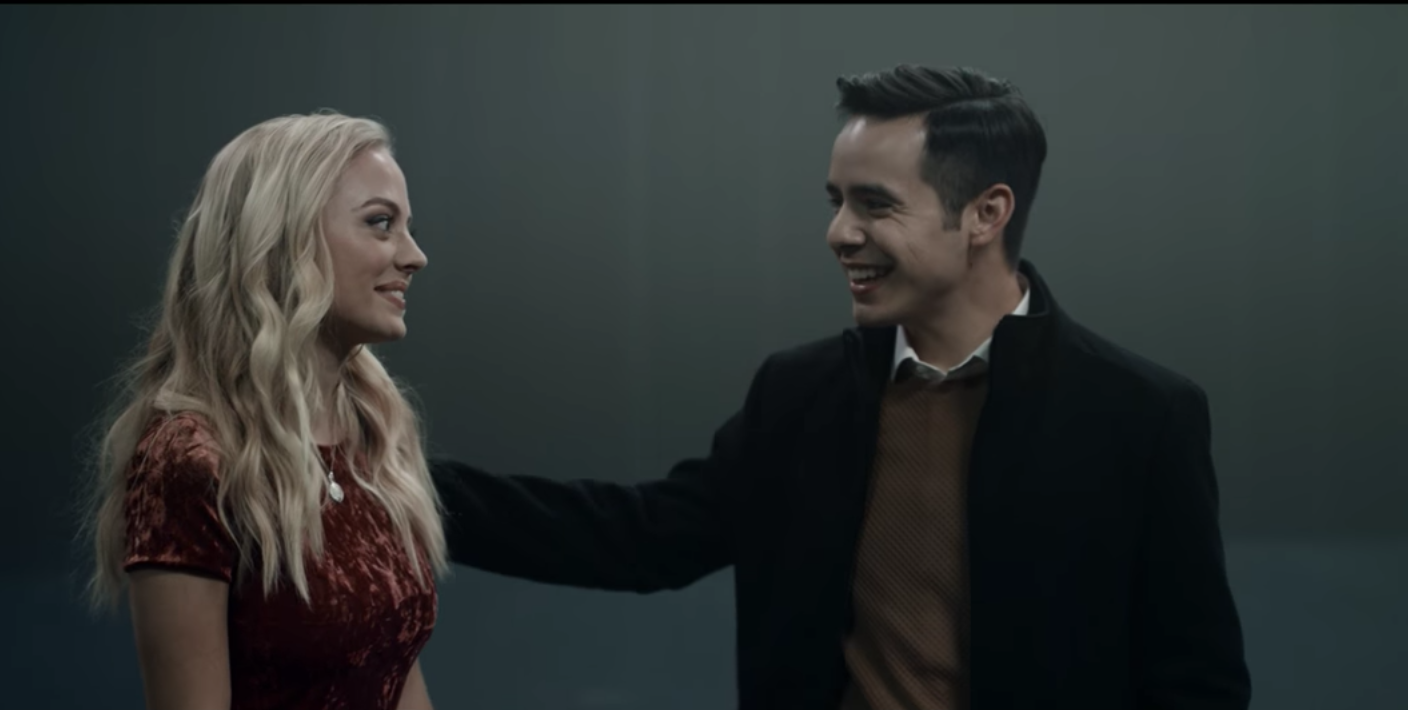 Posted by Archuleta Avenue Msia on January 26, 2018
Posted in: General. Leave a comment

Posted by Archuleta Avenue Msia on January 23, 2018
Posted in: General. Leave a comment 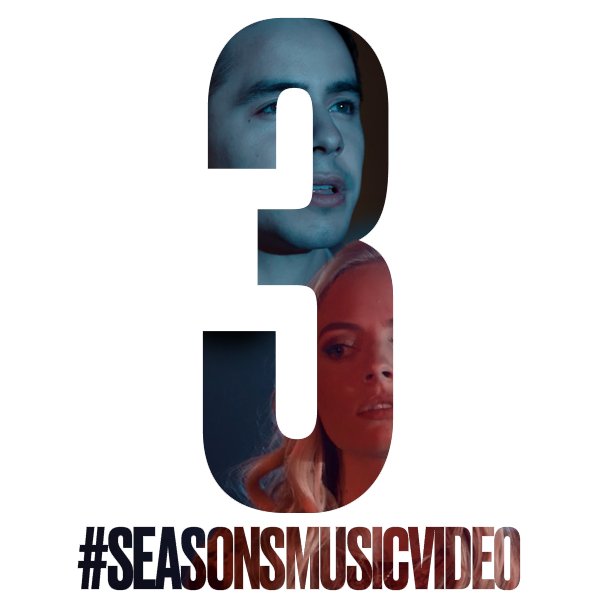 Some of y’all guessed it correctly! It’ll be “Seasons” featuring the incredibly talented @MadilynPaige_. Three more days until its release! #SeasonsMusicVideo

Well, the secret is out and mystery solved.   David has had his day and fun in teasing us!    He chose a song which most of us ((Me, anyway!) sort of sidelined for a video.   I did come across a couple ( just a couple) of archies mention Seasons, but I thought: “Nahh  .. not that one.  Can’t possibly be!”   😛

It just goes to show how David can hoodwink us into total and deeper Archu-submission – how can anyone decades younger than I outwit a wise OLD owl like ME??!!!   😀

The important question in the forefront of my no-brain is:  HOW WILL THAT SONG BE DEPICTED IN HIS VIDEO??   We’ve been raving about that jacket, that outfit (the little we saw).   Is he dressed right for that song?   (As if it mattered!   Yes, it does matter when you’re a busybody Archie itching to view the video duh!!!   😛   )

There must be some kind of reason

David in Music Creating Mode and Busy-Busy on Social Media!!

Posted by Archuleta Avenue Msia on January 21, 2018
Posted in: General. Leave a comment

“In case you missed it, I’ll be premiering a new music video from #PostcardsInTheSky on Thursday, January 25th. What song do you think it will be?” 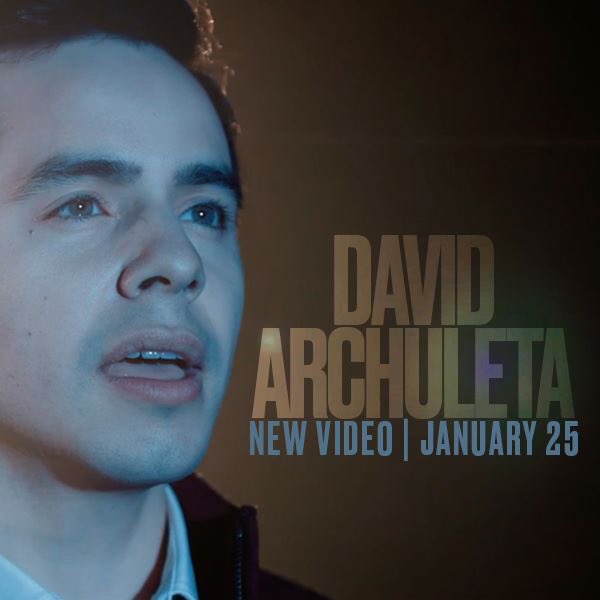 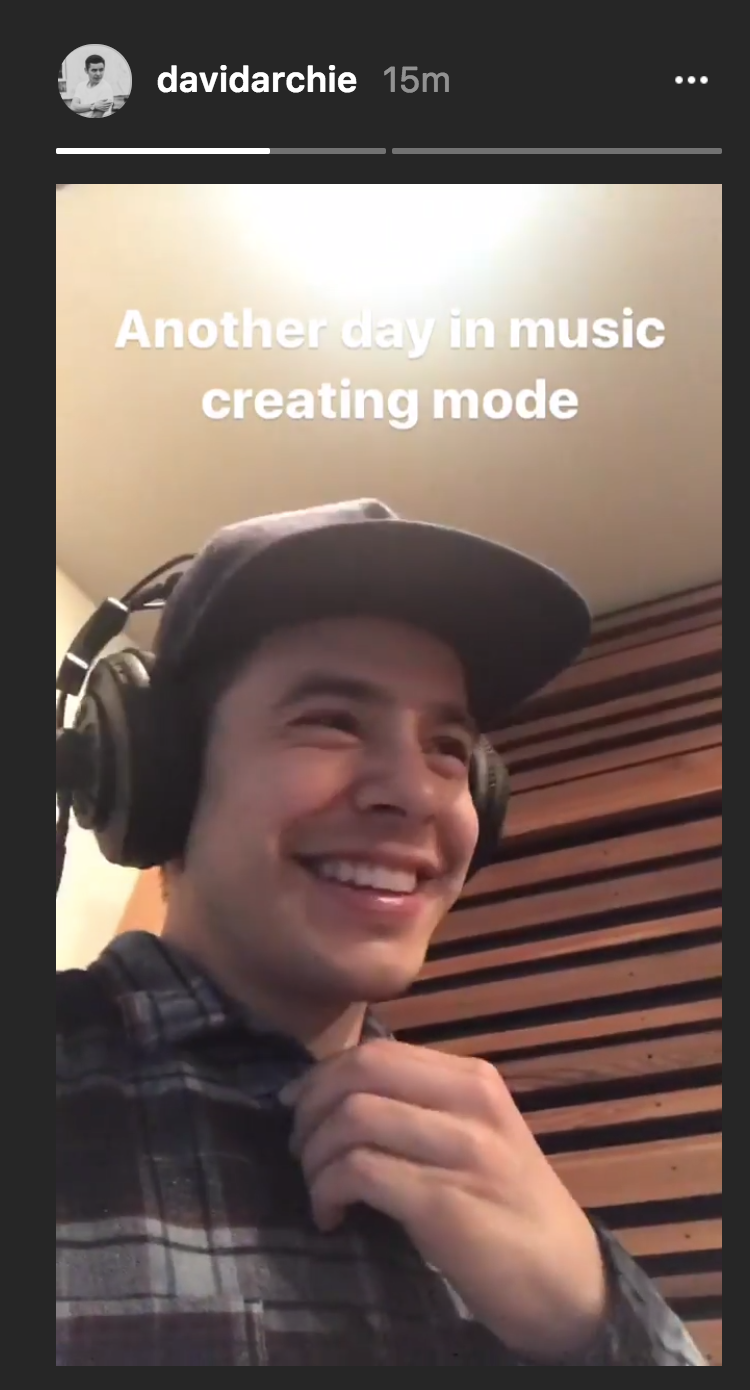 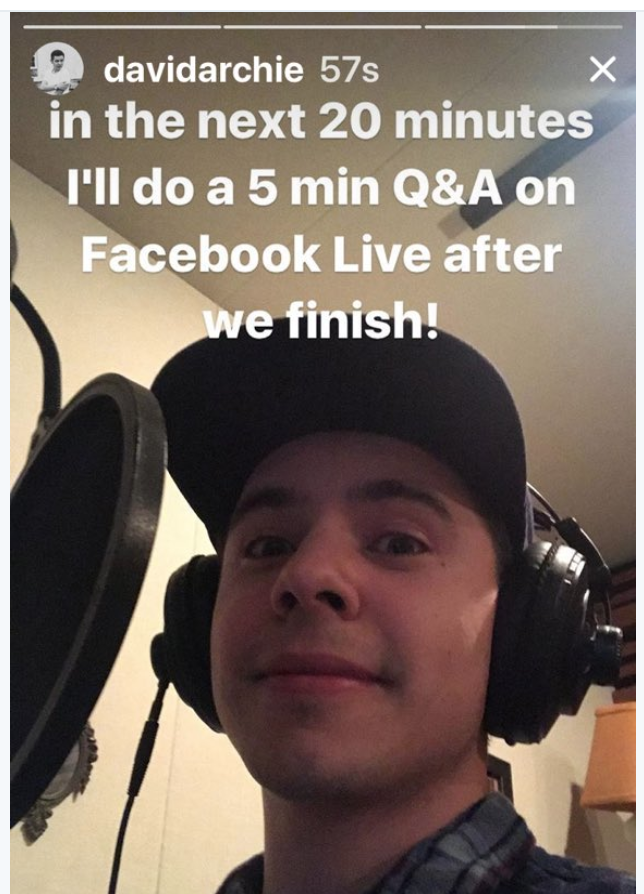 David looks sort of cheeky in this pic

Wonder what he is hiding!

Or maybe he is just very pleased with himself.   😀   And he should be!! 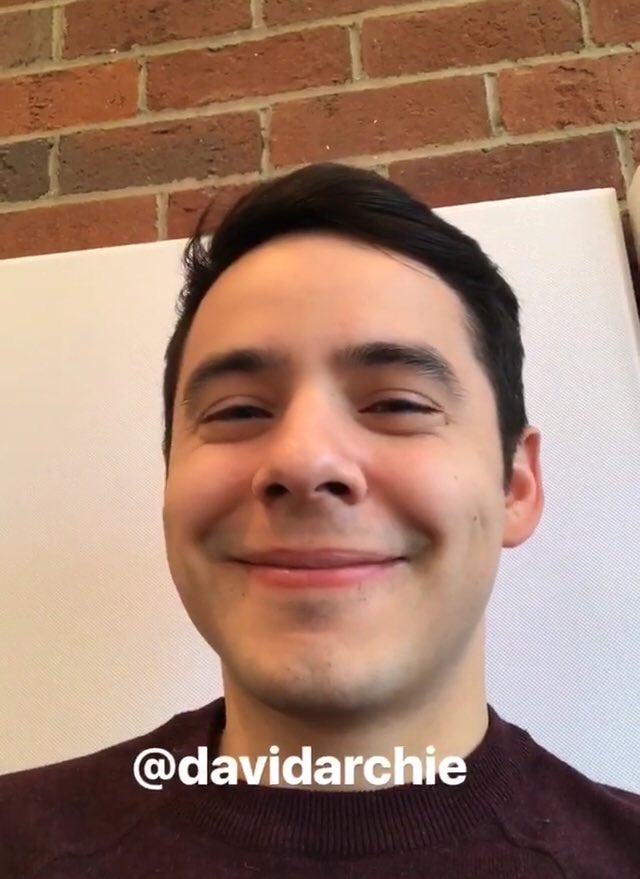 Posted by Archuleta Avenue Msia on January 19, 2018
Posted in: General. Leave a comment

Ready for the announcement? In exactly one week, I’ll be releasing a new music video from my album #PostcardsInTheSky! Be sure to mark your calendars on Thursday, January 25th! 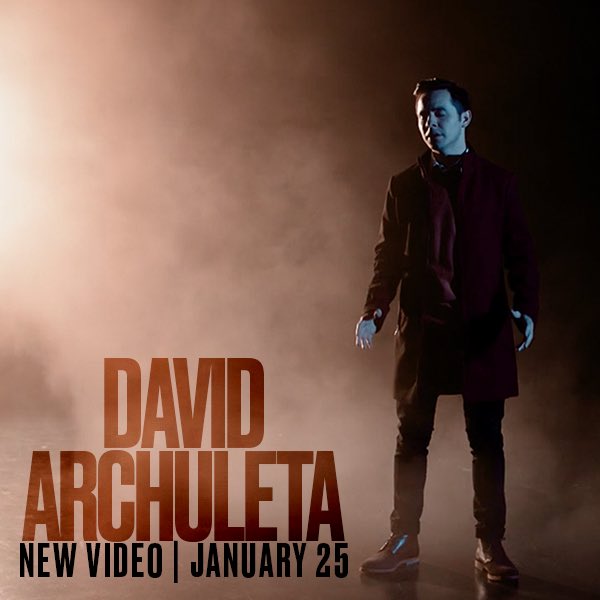 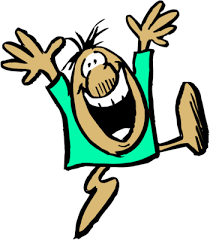 David is Grateful to his Archies!

Posted by Archuleta Avenue Msia on January 14, 2018
Posted in: General. Leave a comment 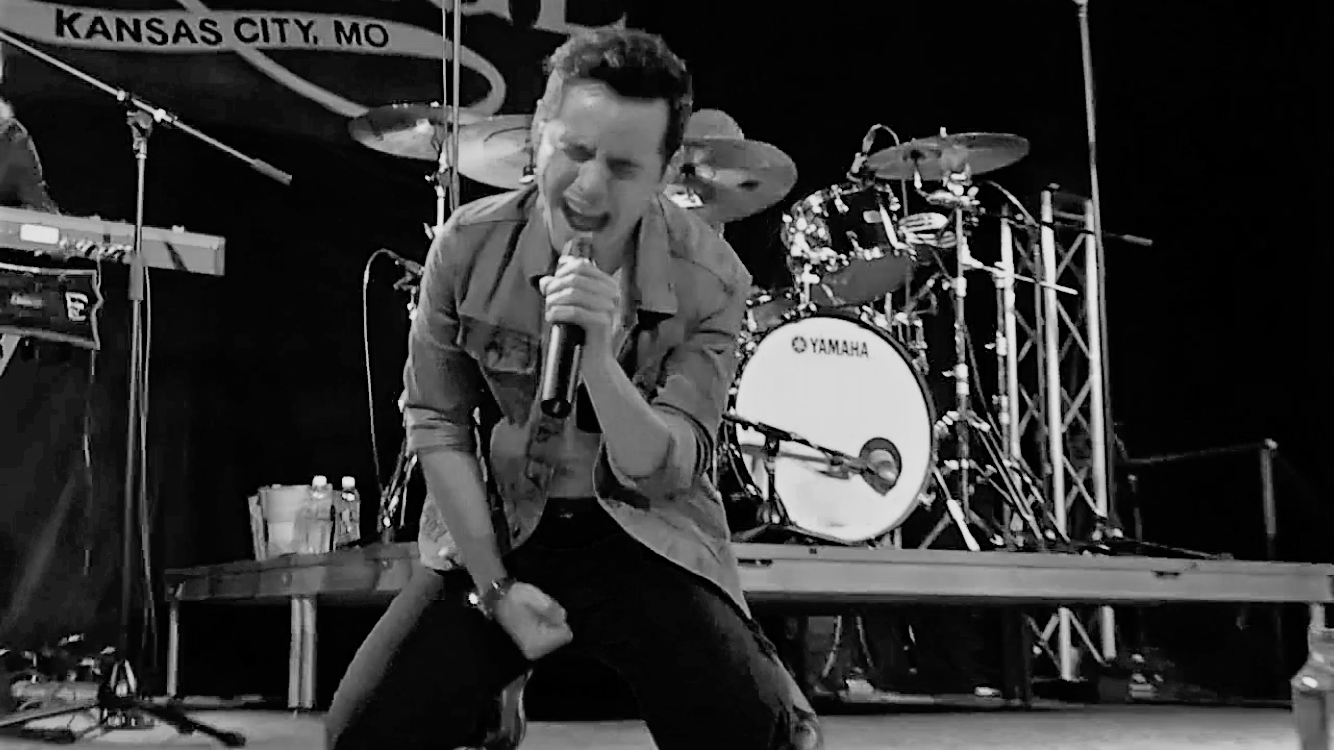 Just wanted to say I’m so grateful for the letters I get from many of you from time to time. They lift me up. I hope you know I take time to read them when I can and thank you for what you share. It gives me a glimpse of what results from all of this! 🙂 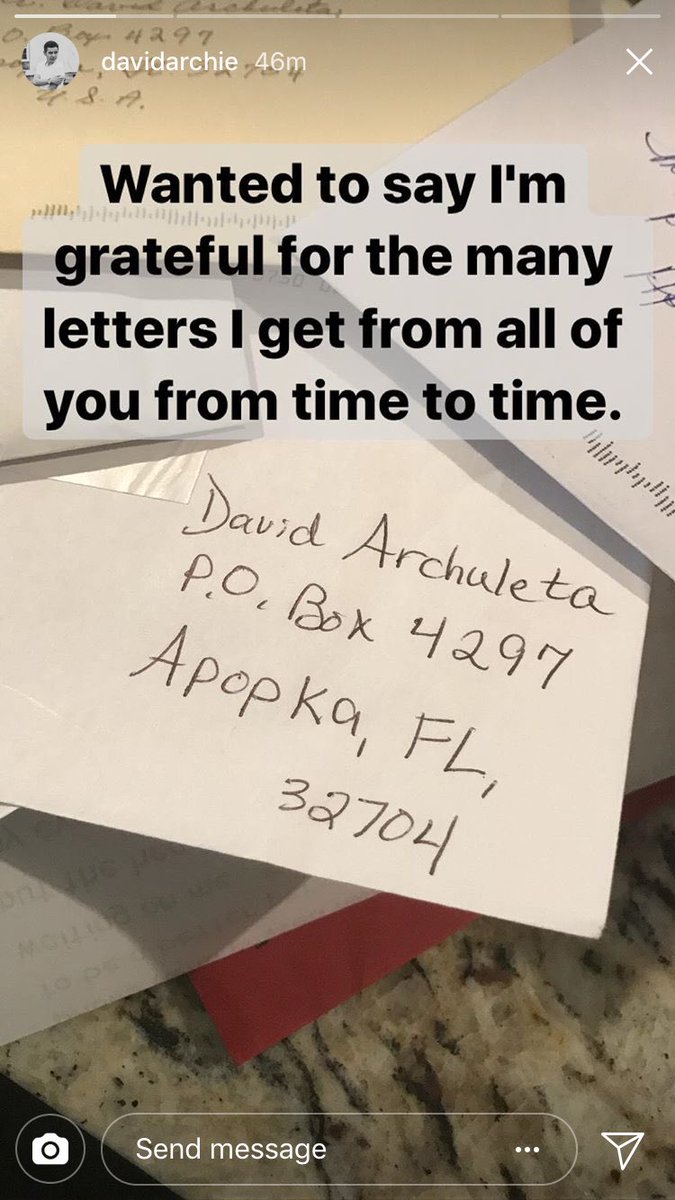 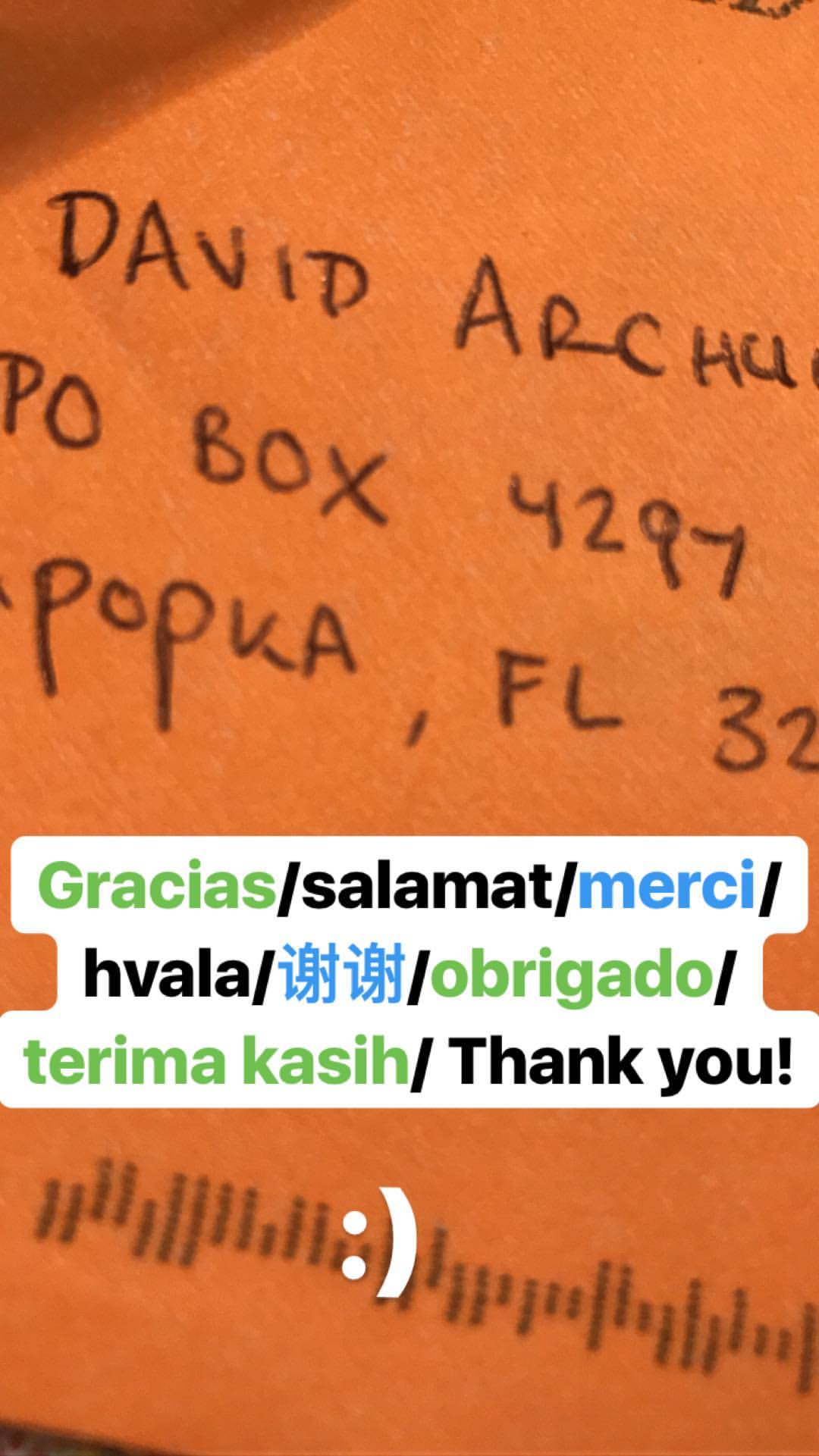 His connecting with his fans is becoming classic!    🙂 🙏🏼