Hey all, I haven’t been on this blog for quite a while mostly because other issues which have nothing to do with music caught my attention and partly because there was nothing about our resident man/boy wonder that I wanted to write about.  Music wise he was like a desert, large expanse of sand punctuated with the odd clumps of sparse vegetation – not very interesting.

But that doesn’t mean I haven’t been listening to music. In fact I have just got reacquainted with a British band that I had a passing interest in during the 90s when they first burst into the music scene in England. I wonder if anyone here has heard of Take That? I am pretty sure David has heard of them seeing he is so aware of the music scene in Europe.

Yup that’s right this article has nothing to do with DA, not directly anyway but I think it may have a bearing on David if he ever makes it big in the music industry ( I can hear the collective gnashing of teeth from everyone that reads this article – “there he goes again thrashing DA. What a troll!”)

I promise it’s nothing of the kind :). It’s just that the history behind this British group is like a Hollywood script full of back biting, drugs, alcohol, breakups & makeups, drama, frictions, rise and fall and rise again of the group. They were just a bunch of teenage English boys cobbled together by a manager who wanted a British version of the American pop group New Kids On The Block which had just became huge in the US. Their manager recognized the potential for such a group in England. In fact he assured the lads that by the end of their careers they would hate each other, certainly hate him but be fabulously successful and wealthy. Who wouldn’t be intoxicated by such a promise?

And the words of the manager did indeed come true. Take That stormed the music scene with a vengeance. At one point they scored 6 consecutive number 1 singles in Britain – a feat not even the Beatles can claim. Their success spawned an army of love crazed girls who stalked their every movement. Take That merchandise was the hottest commodity in Britain. For a few short years their starpower burned brighter than any supernova.

Original line up of Take That. The current line up is minus Williams and Orange

But then at the height of their success, as predicted by their manager, cracks began to tear the group apart. The usual suspects – egos, booze, drugs, girls and the pressure of being in a mega successful pop group took their toll and barely 6 years into their career the group split up much to the anguish of their fan base.

After the split in 1996 each member of the group, except for Williams, went through a period of anonymity and ordinariness until their triumphant reunion 10 years later. It’s terribly interesting and their story is almost like a novel that we read about – the typical blossoming and eventual implosion of a superstar pop band only to rise again like the Phoenix.

The 2nd coming of Take That has been even bigger and more successful than anyone could have imagined. It’s the greatest comeback story in music history anywhere in the world. Since their reunion in 2006 they have ruled the world of British pop music, sold millions more CDs, attracted a new generation of fans and are now considered one of Britain’s finest pop musicians coming a close 2nd to only the Beatles. They are now highly respected and admired elder statesmen of pop not only in Britain but all over Europe. The only other major music market they haven’t conquered is the US.

Their story is made even more compelling by the rivalry, perceived or otherwise, between 2 members of the group. One (Barlow) was the anointed leader of the group because he could sing and write songs – something unheard of by a boyband back in the days (even now it’s still a rarity. Heard of One Direction?), the other (Williams) a brash, raucous 16 year old who chaffed at the control and discipline exerted by the manager. He also felt that he could contribute more than just singing and dancing. Two alpha egos clashing meant that the dynamics of the group were severely tested and culminated in their eventual splitting when Williams left the group in the middle of a tour.

But their story has a fairy tale like ending where the group is still as, if not even more, popular then they were and Williams is a superstar in Britain and Europe. In the ensuing years after their reunion the boys, now men, have patched up their differences, repaired old wounds and has even worked together on a super successful album and tour. Such a nice ending to a story don’t you think? 🙂

What does this have to do with David? Nothing much. After all he’s not in a band, doesn’t have much of an ego, not a skirt chaser, no drugs or alcohol. Sure he can sing and write songs but he certainly won’t fill the tabloids with stories.

It is often said that David is greater than all boybands put together but without the drama and the angst of clashing personalities. Therein lies the interesting bits. Pop star wannabes crawl out of the woodwork every single minute but those that catches our attention invariably has some flaws or chink in their personal make up whereas David seems to have none of the baggage of dirty laundry.

I renewed my interest in Take That simply because their personal story is riveting and that has led me to a new found appreciation for their music. So the question is does David need such notoriety to make it big in music? Or is sheer talent alone good enough?

Posted by Archuleta Avenue Msia on July 25, 2015
Posted in: General. Leave a comment

Thanks to Jazzy’s IG :  “I spy with my little eye: the Loch Ness monster”

Posted by Archuleta Avenue Msia on July 24, 2015
Posted in: General. Leave a comment 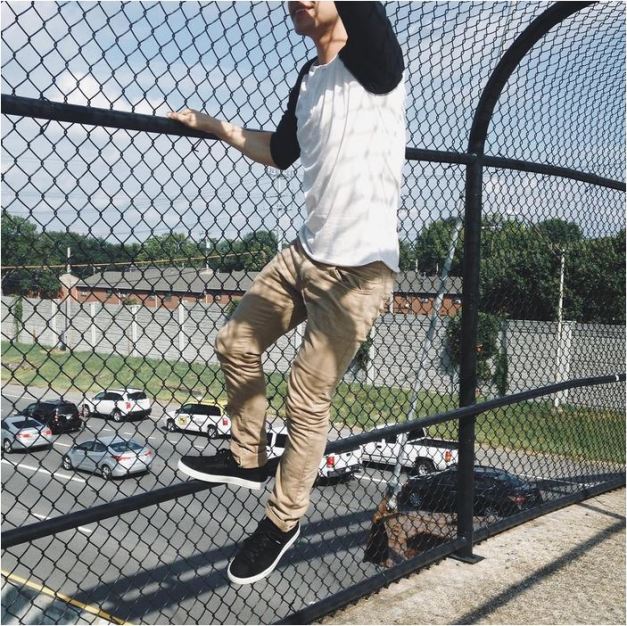 Liking the casualness – so David!

Do these pictures give us a hint what the music in the new album will be like?

Observation 1:   No missionary suits with closed collars and ties  –  so perhaps not too much church-y kind of music?   Phew!   😉

Observation 3:   From Blythe’s bio on her site:     “..  i want to make everyone i work with feel at ease and themselves in front of the lens. i want to give them their favorite image of themselves..”   It sounds like Blythe has a young and contemporary approach about how she wants to present her work.   Perhaps David’s music this time will give that sort of feel?

Whatever  …  just so happy that we are coming to the end of the tunnel!   🙂

Posted by Archuleta Avenue Msia on July 22, 2015
Posted in: General. Leave a comment

While we wait for David’s music, he very kindly gives us some in a tweet   😉 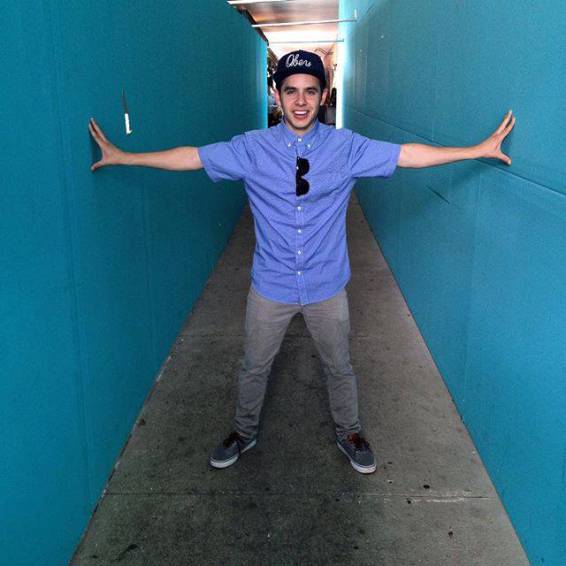 Ok, you guys, David Archuleta social media posts are few and far between, but when they happen – the are pure gold. David just shared this gem of himself posing in a eye-catching blue shirt along with literally the best caption he could have written: “#Blue (da ba dee da ba da?)”

Our ’90s hearts are literally melting over the reference to the 1999 track Blue (Da Ba Dee) by Eiffel 65.

Thank you David, for the smile we are wearing right now. Can’t wait for the next social post from you 😉

Posted by Archuleta Avenue Msia on July 21, 2015
Posted in: General. Leave a comment

Thanks to twitter from an amazing archie, we get to behold this fabulous sight!

It makes me happy to see David being promoted this way and being acknowledged as a singer of consequence.

It also gives me a pang of “what could have been” if he had continued to follow the rockstar route. But David will be David.   He will do things his way  ..  to slight the norm .. and take the route “where angels fear to tread”.

Taking my hat off to him for being such a Human Extraordinaire! 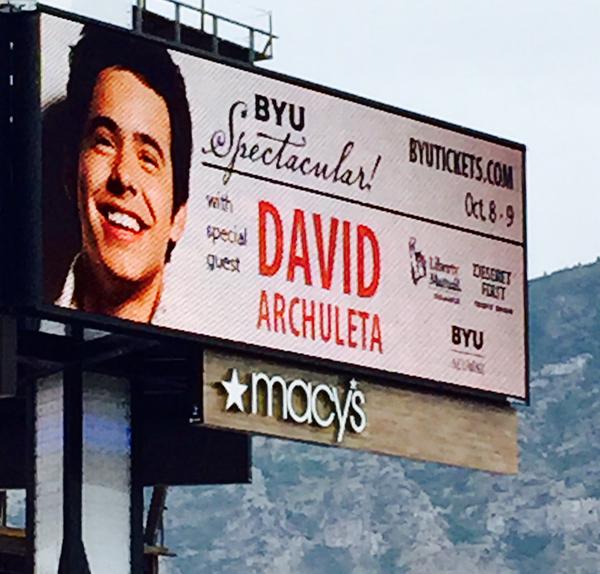 Remembering this one too!   🙂 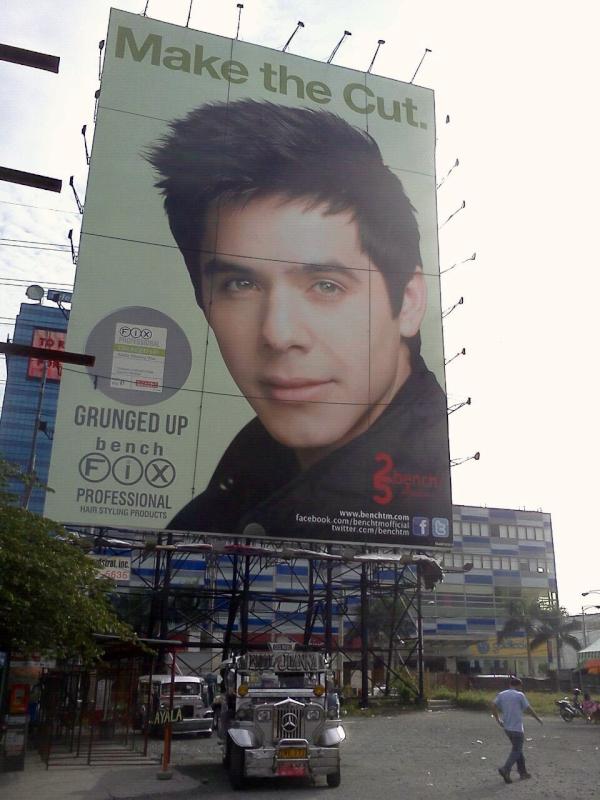 Posted by Archuleta Avenue Msia on July 20, 2015
Posted in: General. Leave a comment

Listenin’ to The Archulator

Have faith in The Archulator 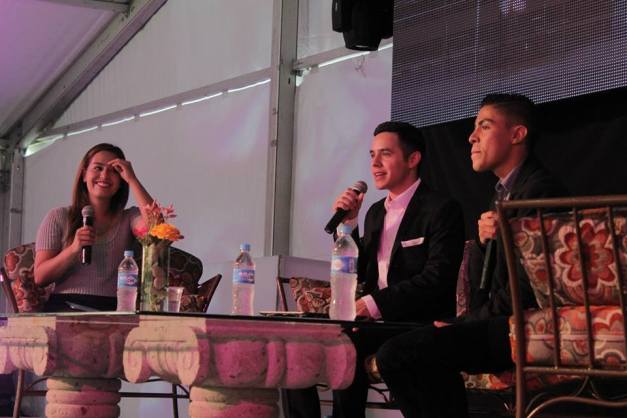 “He is David Archuleta and he likes music”

“Yes, I like music.   But this good Book also tells me I must get married soon”

“So will one of you lovely senoritas marry me?”