David in another Duet?

Posted by Archuleta Avenue Msia on May 3, 2019
Posted in: General. Leave a comment

Or perhaps it’s a broad hint as to what’s to come in the horizon?

“Whoa (oh oh)! 10 years ago today the duet I did with @MileyCyrus for Hannah Montana was released! Anyone remember this one?? We were so young! Should we do another duet?

I’m sure Miley is a  great and fun person to work with and she does have a lovely, unique voice.  I like her although am not a total fan.  Doing another duet with her is …. hmmm .. not a bad idea.  David should just spread his wings and do whatever he is happy and comfortable with.

However I do idiotically have some concerns.   We all know that David is getting a little more edgy now (like the  momentous, epoch-making PARALYZED??!!).  So I do hope he will not be carried away by the duet to include “sticking out of tongues” and all those bizarre gestures Miss Trendy Miley tends to do for a shock effect.   😯

Much as I would go with whatever and everything David decides to do, I would still prefer to listen to his voice on its own.  I have not been drawn very lovingly to every duet he had done in the past except a very few, however good.  Simply because of this:  David is a very giving person   –  my personal observation is David keeps tabs on his duet partner by turning to check to ensure a balanced duet.  Unfortunately I don’t see it being reciprocated.  Almost like David is playing a supporting role.  Just an observation and perhaps an over-analysis.  No offence meant   😉

What I’m trying hard to say is: I want David to be the Lord and Master of his realm.   Yeah I want him to sing it all .. have it all.  Is it asking too much??

Posted by Archuleta Avenue Msia on May 3, 2019
Posted in: General. Leave a comment

All good things must come to an end.  Even enjoyable experiences we long to hang on to  cannot last forever.  Yes, even the many David Archuleta’s mind-blowing concerts have to draw to a close.   But what an incredible ride it had been right from the word Go!   The Archu-Bliss will remain in our memories.  And forever in our hearts.  Thanks to internet and videos and suchlike, we’ve been able to follow manymany Archu-gems:

Random David talks about His Hands while saying Thank You to his fans:   😀

Could you tell I like to talk with my hands?

Thanks again everyone for showing your love to this tour and to my music! Can’t wait to do it again!

Following David’s vids on this tour (such a shame that it wasn’t done physically   😥   ) I made a discovery of sorts.  I’m prone to over-analysing, but that’s what a fan does haha!  It’s That Song –  PARALYZED!!  It brought along a huge surprise element.  Not only that, it hit me BAM!!! right on the head, right in the centre.  Is that a David-song??  What’s just happened?!  And a new album filled with this kind of songs … and ALL sung by David Archuleta??!   I had to heave a deliberate and slow breath, do a little tai qi, calm down and soothe myself into some sort of composure.  Try to get into David’s head!  Analyse!!  Think!!

Yes!!! Why not??  Why not David??!  David the Random Kid Can (if he wants!) and Will (if he wants!) take you to places you never expect him to take you to.  You guys just hang around and be BAMMED! in the head and/or other places!!  Wow!  That CRUSH Kid has GROWN!!  That song – I could listen to it forever!

He said his life could be analysed in 2 words:  FINDING DAVID

Well!  He has laid the foundation stone to establishing the real/new David with PARALYZED.

Seriously, I’m excited. Not only has he grown in his music, his stage performances have vastly improved too.   His rock-star dance moves, much less inhibited and less stylised now, are often close to maniacally stage-happy crazy, a great stimulant for reciprocal audience participation.  His delivered humour is more perked up and I believe the entertainment value of his shows is very much heightened.

This VIP session vid where he broke into an impromptu cha cha lesson is hilarious.

The performing “tactics” may improve or change as time flows but I see there is one single thing about him that has remained the same.  That is his true commitment to his heart-music – his deep mental immersion in his musical calling.  And that is the unchanging, undying connection we will always have with him.   YAY!!!  ♥ 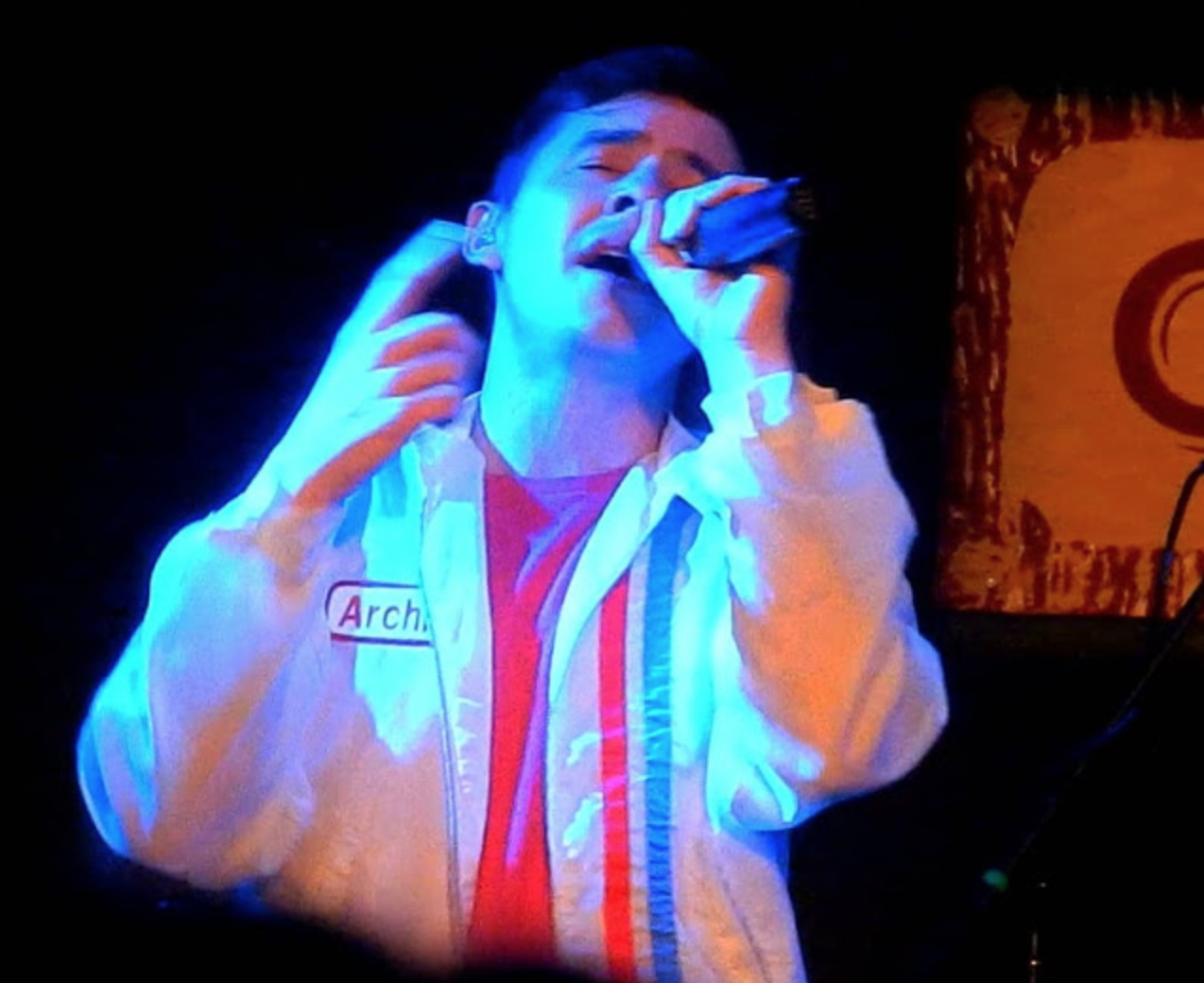 The twinkle in his eye seems to say alot .. or maybe nothing at all ..

Guess we will just have to wait and see. 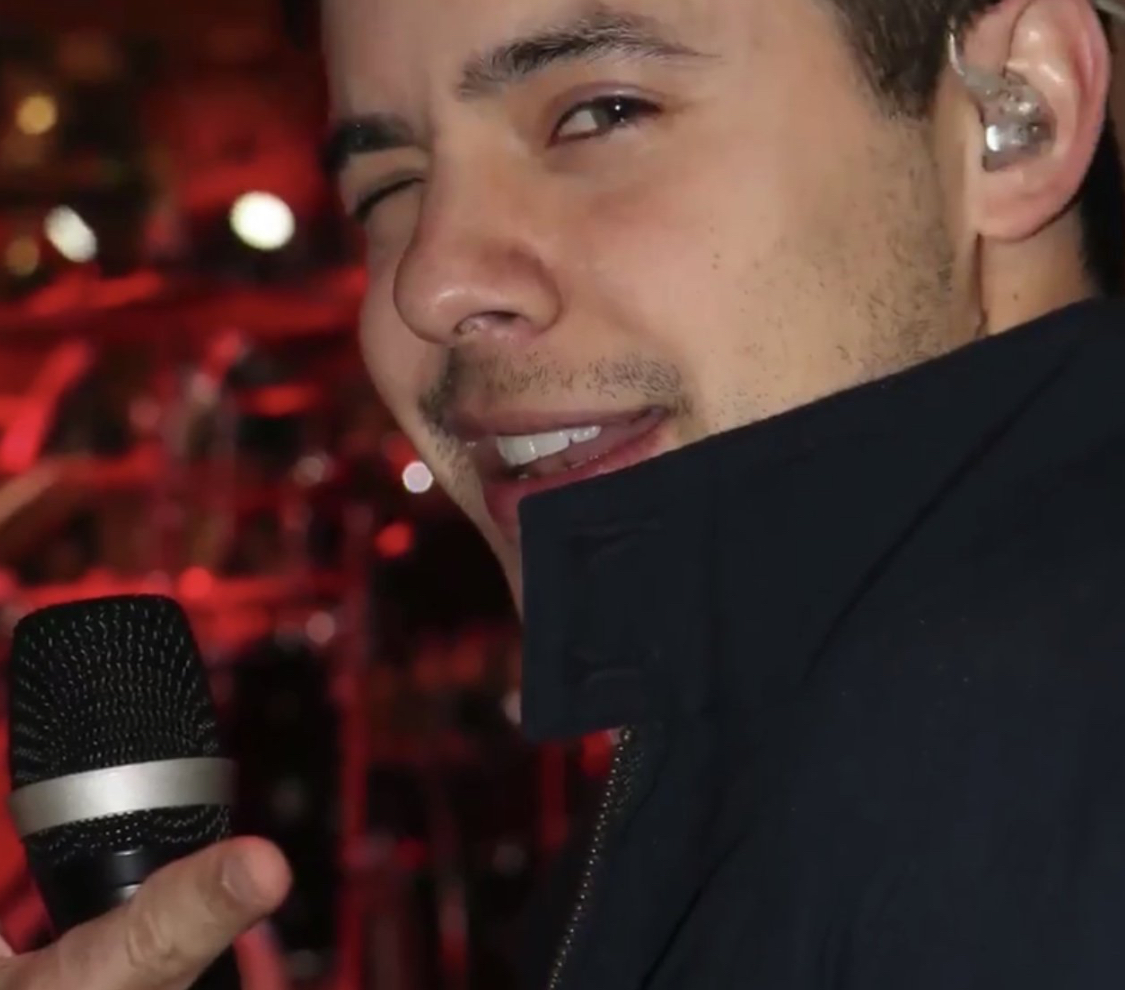