Posted by Archuleta Avenue Msia on March 19, 2019
Posted in: General. Leave a comment

Covering music from coast to coast

We had the chance to chat with @AmericanIdol alum @DavidArchie about his tour and music. Check out what he had to say by clicking the link! http://readechoonline.com/exclusive-david-archuleta-talks-tour-and-music/ … #americanidol

Since David Archuleta’s appearance on Season 7 of American Idol many things have happened. Within that decade, Archuleta has released ten albums, toured throughout the entire world, and has gained some meaningful life experiences. ECHO recently caught up with the American Idol alum to talk about his tour, music, and new perspectives before he hits the road for his Spring Tour on March 21.

You’re getting ready to hit the road for your Spring Tour. What was your favorite memory from the last tour and what are your hopes for this tour?

Last tour was a Christmas tour, so it was fun seeing everyone bobbing their heads, singing along and smiling to the Christmas songs. I love seeing people experience the music in person. I don’t always get to see people’s interaction with the music and the tour gives me that chance.

Experiences often give people new perspectives on things. How did your 2 year Mission in Chile affect how you approach life and your music?

My mission taught me what really mattered. Small and simple things fill so much of what we’re looking for in our busy lives. I learned to see people and myself in God’s eyes and that made me a lot more compassionate to others and especially myself. A lot of my new songs come from that place.

When touring, what goes into planning your setlist and does it change depending on where you are in the World?

A lot of planning and prep takes place. I talk to my music director (one of my band members who is currently my keyboardist) along with other people on my team, and we brainstorm what would make a good flow of a show. We study what else is popular and think what would be fun to put into the show. I look at the music charts like billboard, iTunes and Spotify to get a feel for the right songs to cover. I try to cater to my audience so I will adjust depending on where in the world we’re performing and what kind of people are coming to the show.

You recently moved to Nashville. What prompted your decision to relocate and how has your experience there been so far?

I needed a change. I was living back in Utah but I get a lot of attention there. In Nashville, musicians don’t stick out as much and aren’t so misunderstood since it’s a music town. People understand music is actually a business and so I can not only get a lot more done, but it’s refreshing to be understood.

What are your plans for after your Spring tour? Can fans expect new music?

DID YOU READ THAT,  FOLKS?? 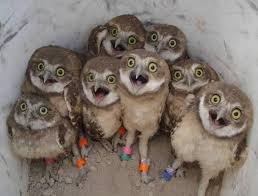