Posted by Archuleta Avenue Msia on April 16, 2018
Posted in: General. Leave a comment 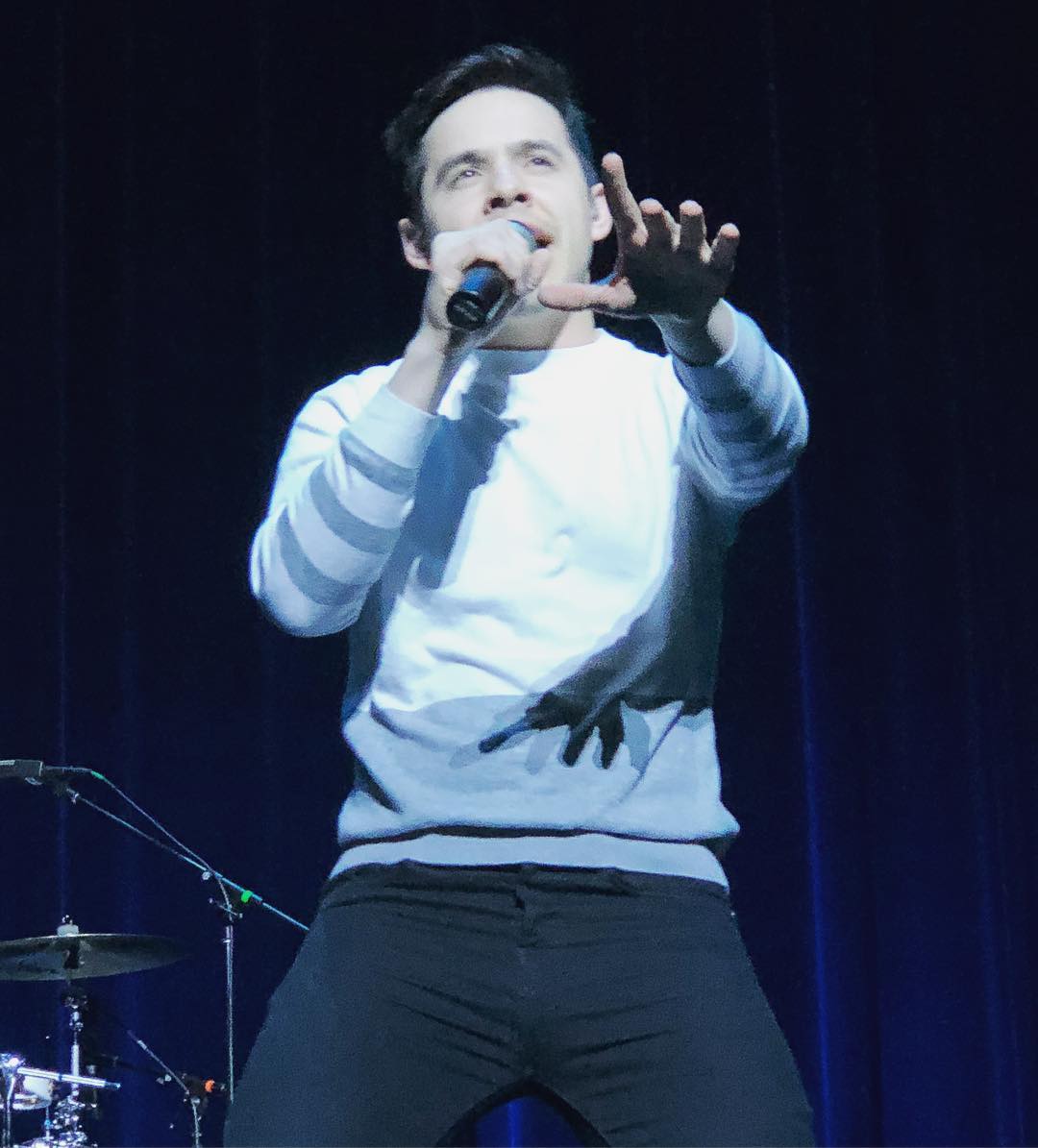 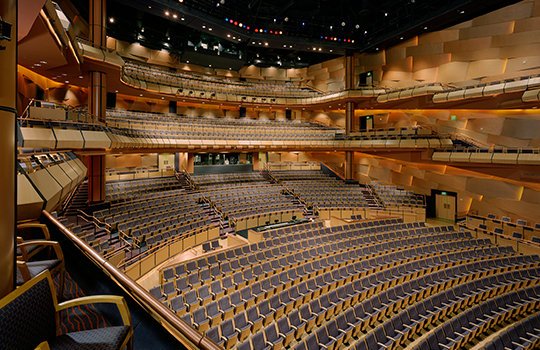 A New Cover  –  I CAN ONLY IMAGINE 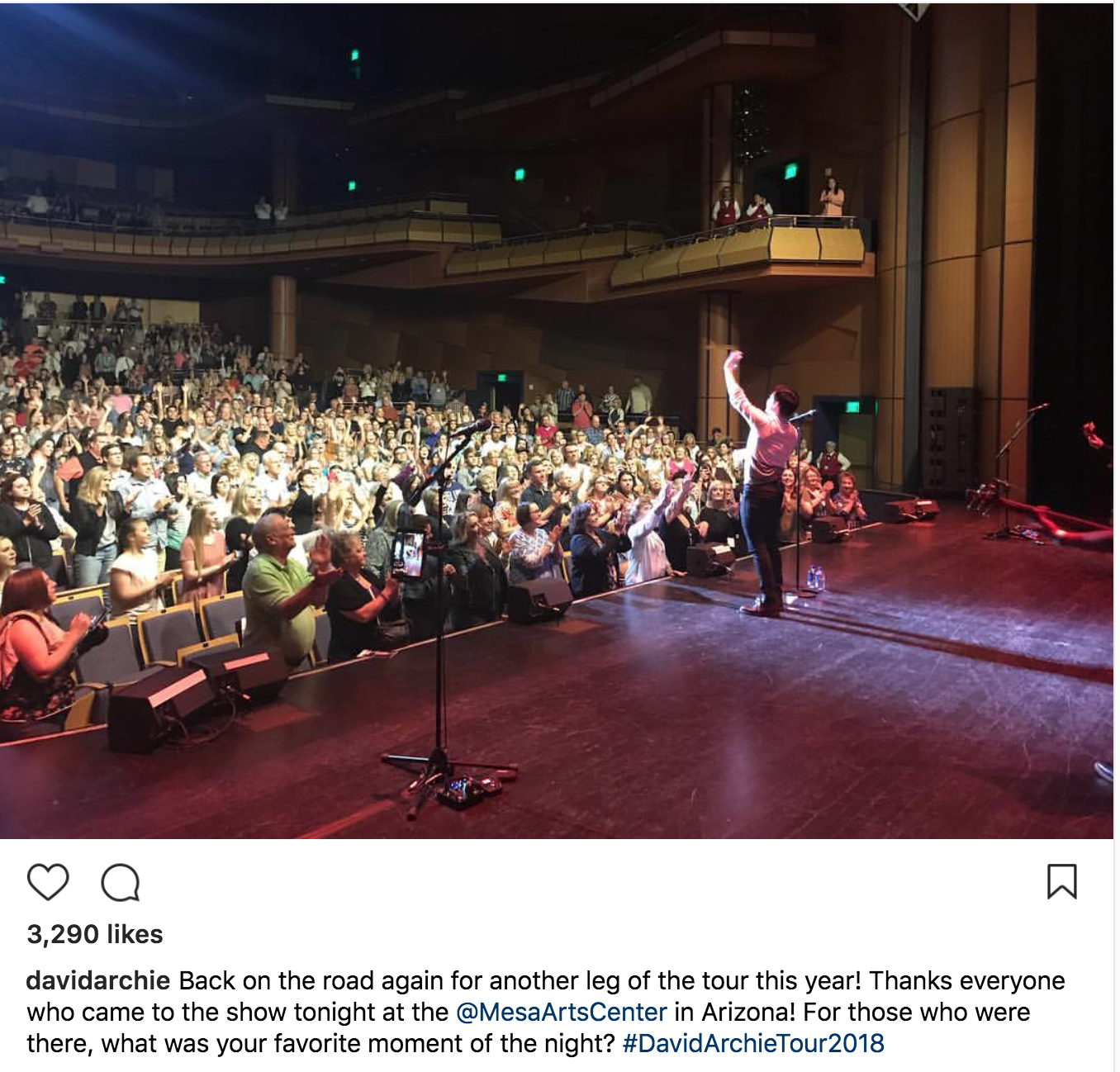 The size of David’s concert audience may not be comparable to the likes of say .. Justin Timberlake ..  but you could tell that every single person in the crowd is hugely appreciative of David not just as an amazing singer, but also David the person.  They are not there for just a night’s entertainment.  You could tell from their faces that they acknowledge him and hold him in high regard.  And they want David to know that.

He is singularly uncommon.  He uplifts.  I wouldn’t be exaggerating to say that part of the reasons we still hang around is we want to be inspired and prompted to be good people. 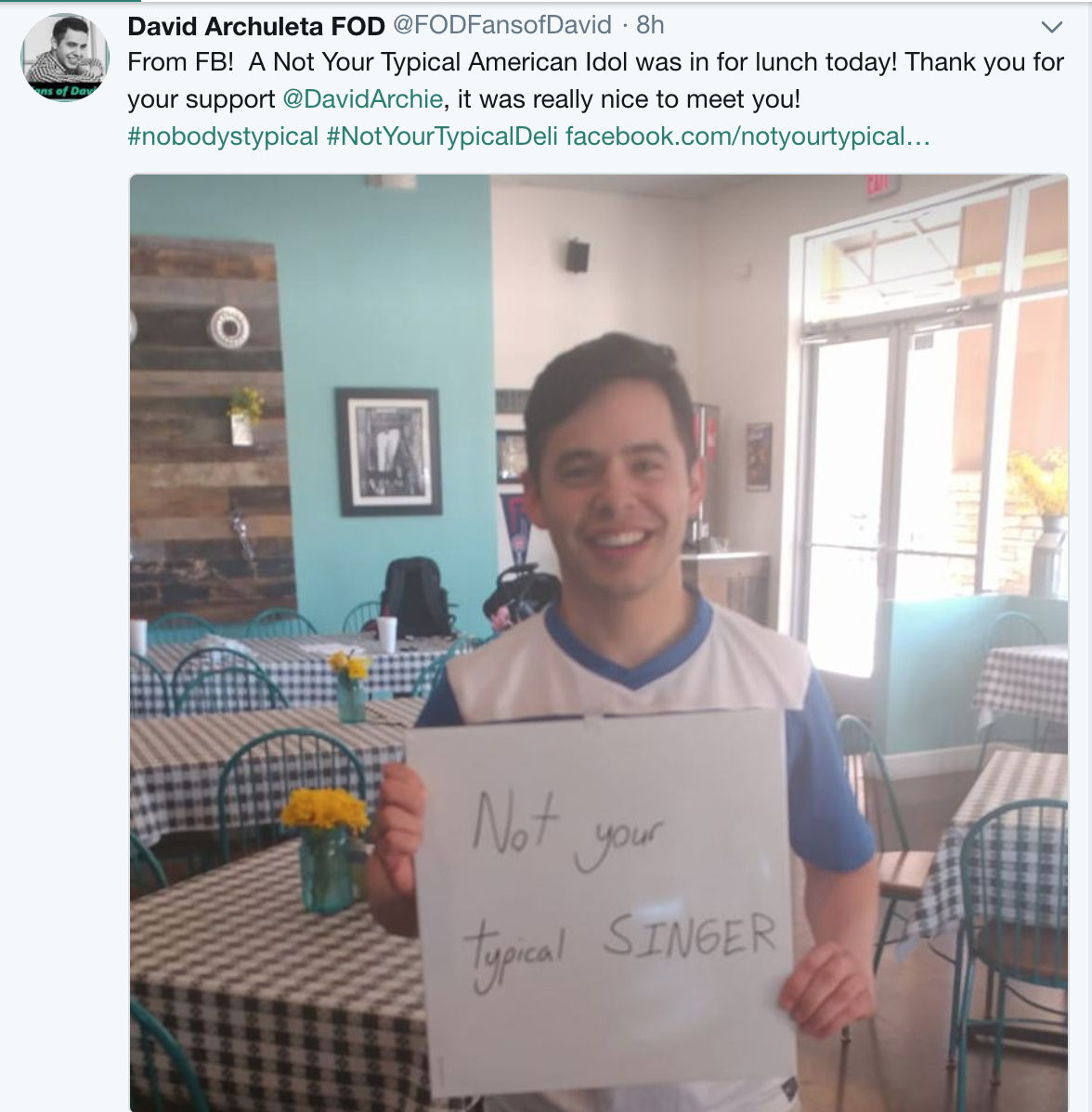 Love this pic – David exploring the old town of Scottsdale in AZ before the Mesa Show.    Loving that magnificent statue too!   😀 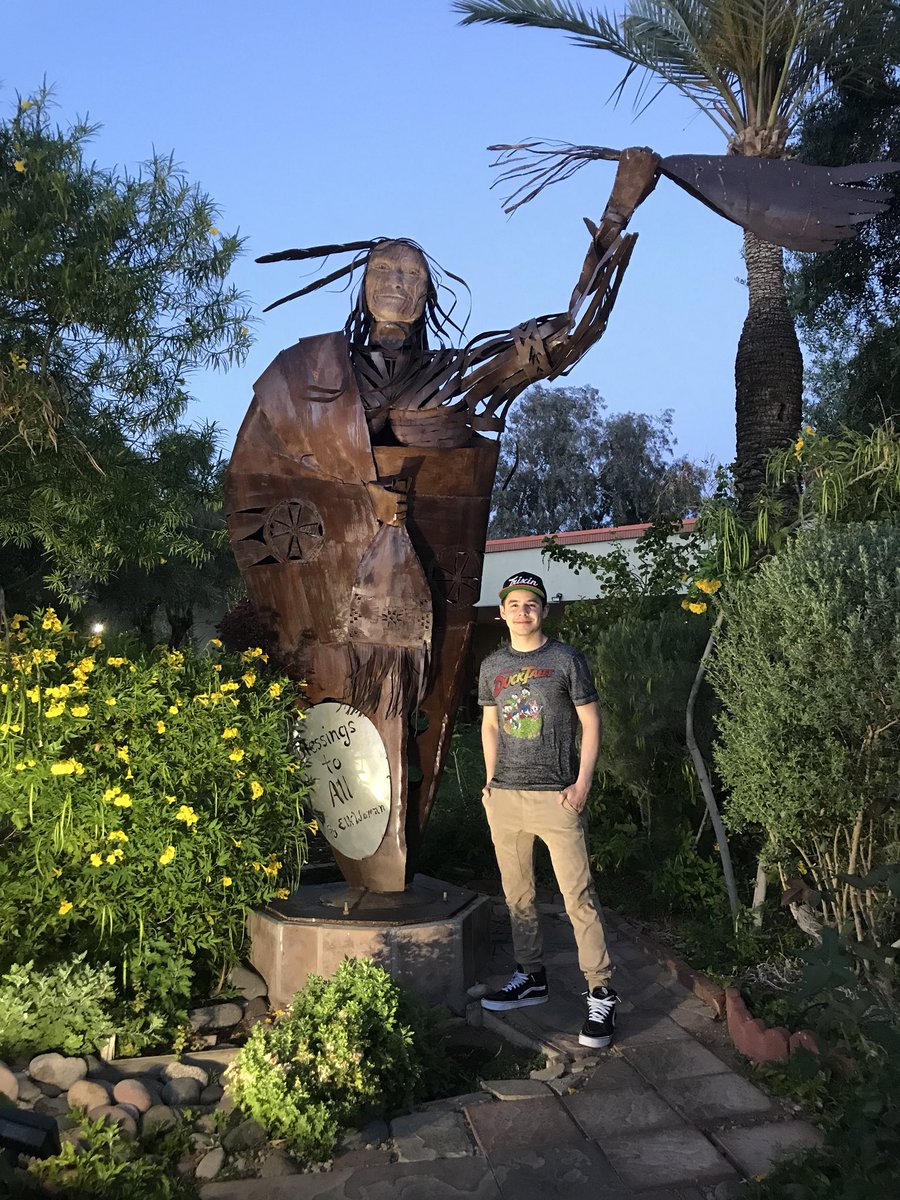