Posted by Archuleta Avenue Msia on November 14, 2017
Posted in: General. Leave a comment 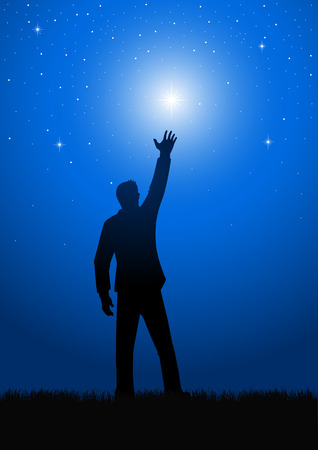 I stay away from the Net and Archudom for 10 days to attend to some family matters and what do I see when I come back?   I’m bowled over by the multitude of crazy-amazing fans pics like these below.  Not only that, David is looking sooo dang good!

He somehow looks like a different person.   Same ..  and yet different.   More Handsomer – (yes, that’s how some of us use double superlatives to express extreme superlatives haha!) ..  Not only that, he looks so much taller!!  Is that relevant?   Am I allowed to say that?

It’s relevant because I usually look upwards at people taller than 5’7″ and that’s, figuratively, a good thing, no?

And it’s Not relevant because his height  (short or tall) makes no impact on his vocal cords or makes me change my eternally-sworn allegiance to him.  😯   Besides, I have always maintained (well, not really ‘always’ ..  only after 2008  .. go figure why!   😀   ) that good things come in small packages.

BECAUSE HE REACHES FOR THE STARS.   Because he understands now that there is no limit to what he CAN do to attain heights previously he thought impossible to reach.  And he is going for it!! 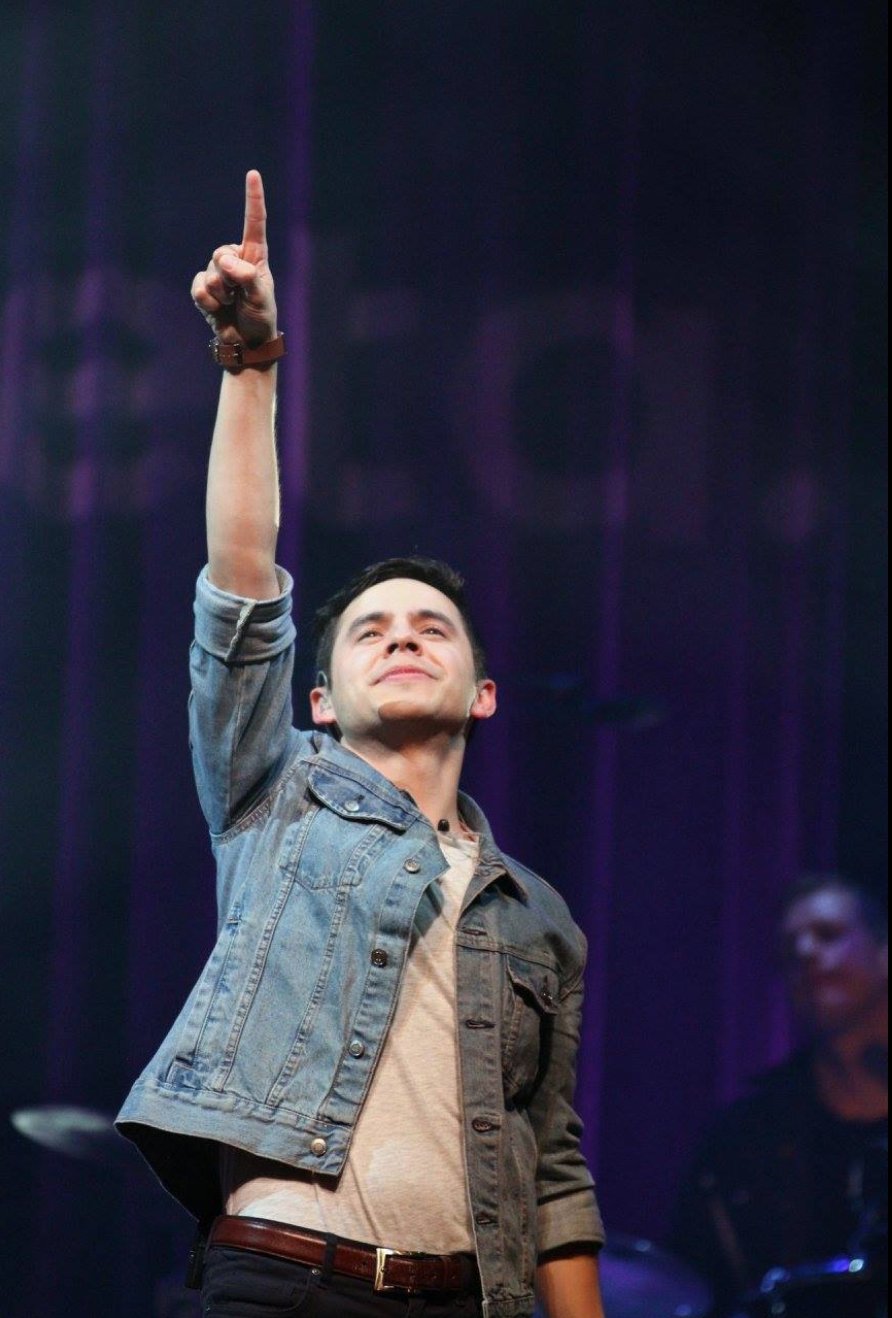 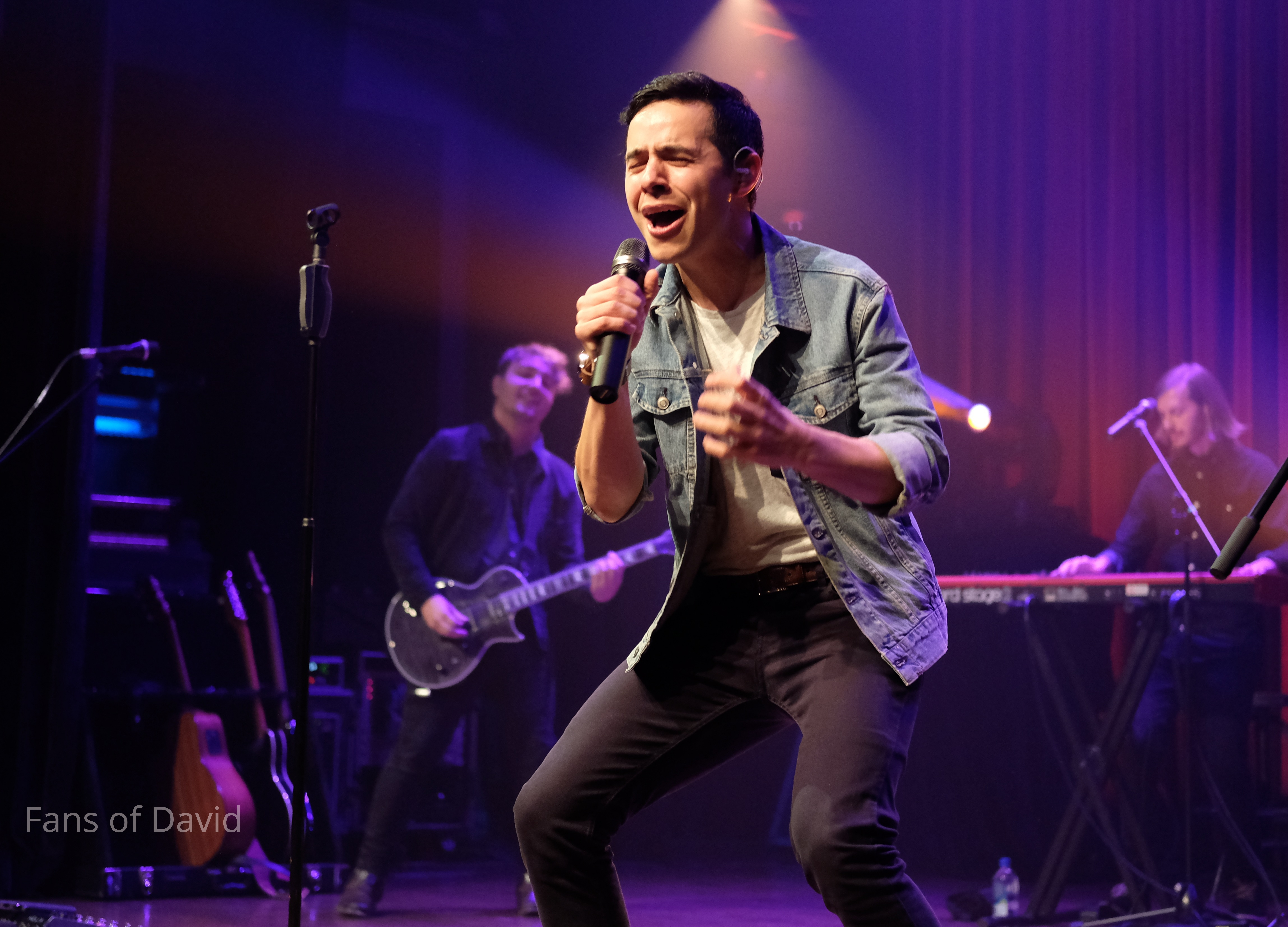 But he remains humble.   Stands grounded.   He has attained a wonderful balance.    His feet are solidly planted on the ground while his thoughts travel to lofty heights.   It is a person who has entered the door of humility who can ascend to a higher spirit.   It is that quality of high spirit which I lately see in his oh-so-beautiful pictures and videos .   Or call it whatever you like:  vitality .. positivity .. sparkle .. dynamism .. energy .. verve .. these glorious qualities belong to him now  –  qualities which will make him go farther than far in his rock-star career.

David has taken quantum leaps in his creativity (POSTCARDS IN THE SKY  has proven it more than sufficiently) .. gone the extra mile in updating his style of hair and re-defining his taste in dressing for the good of his performer’s image ….  but all the while remaining solid and strong to his roots of faith, family and beliefs.   No one can fault him now.   He has grown to a height of 10 feet or even more.    As the years roll by .. watch out , people .. !!

I’m not the only one who is mighty impressed with this guy!
What an amazing night at the @anasazifoundation gala. @davidarchiedid such a beautiful job and was very humble and kind. Everything he said and sang was so inspiring and spot on. It was nice meeting you David, thank you for coming out to support Anasazi! ❤️#anasazifoundation#gala#davidarchuleta
What a beautiful tweet this is:
The darkest times of our lives sometimes reveal the most beautiful things about life and about who we are. – @davidarchie This guy! Almost 10 years of being a fan and nothing hurts. I will forever be proud of supporting Archie since the beginning. Please don’t stop doing what you are doing. And with that I mean being your genuine self. Because it shines through, in everything that you do. And whatever you decide to do next, just know that I will be with you through and through! Arches Hot Pressed from @halfpanph | Prang
Wish FM 107.5‏Verified account @Wish1075
David tweets

American Idol runner-up @DavidArchie will once again grace our YouTube channel! Catch his WISHclusive performance of his single, “Invincible” as it premieres tonight at 9 PM PHT!

I loved CRUSH and will forever love it.   But I’ve never imagined that “that cute little boy” could ever sing a song like INVINCIBLE the way he sang it at WISH1075., like many of the songs on POSTCARDS IN THE SKY.
This is David at his David-present-best.   There will be more David-future-best, if at all possible.   Any competent singer who has the confidence to express himself so well in a debilitating song like INVINCIBLE (try singing it!  it is impossible!!), deserves to be respected as being 10 Feet tall!   ♥
-tracewillow-