David’s 3 Encores and the Rapturous In-Betweens!

Posted by Archuleta Avenue Msia on October 23, 2017
Posted in: General. Leave a comment 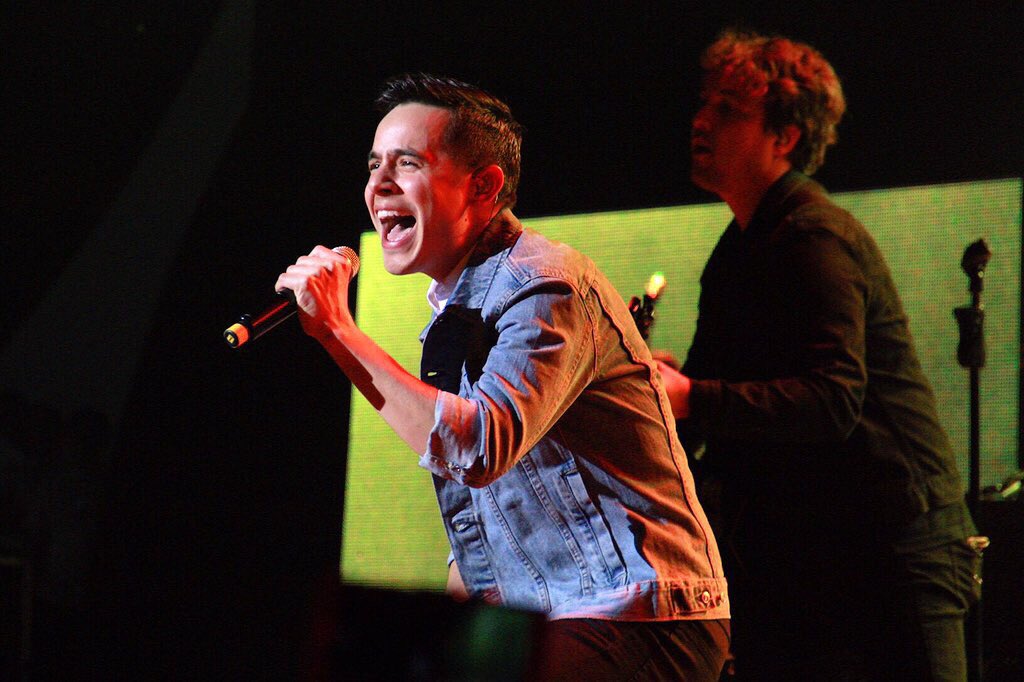 BY THE WAY!!   Before I start rattling on, David’s POSTCARDS IN THE SKY  album is SOLD OUT on AMAZON!!   It says “Audio CD temporarily out of stock”!!   Wheeeeeeeeeee!!   😀

Ok back to the original script –

In my continual dazedness trying to catch up with as many of the Manila vids as possible, it did not occur to me that David had 3 Encores!   Not only that, he turned practically every song that night into wild, hot-blooded parties! amidst the free flowing of tears and outpouring of emotions (from both David and the Archies!)

The 1st Encore – from about the 2.00 mark, tears began to surge into David’s eyes.   You could see he was truly and deeply touched by the relentless support and unfailing love expressed by his Pinoy Fans.

The 2nd Encore –  It’s very much David’s mission in life to want us to have faith that “each one of us is Glorious”.   He chose to sing this at his own special “glorious” moment of the 2nd Encore.   With such heartfelt persuasiveness.

The 3rd Encore – his legendary Crush – his farewell “thank you” speech delivered with more tears and intense emotions.  It was not only several minutes of sharing between a beloved performer and an enamoured audience harmonising together;  it was indicative of a bond which promised to last a lifetime.

Then there were the wild parties in-between –

Even ALTNOY became a wild-party contender.   I was not going to watch the vid at first.   What? haven’t I heard it a million times already the past years?!  (dang, that song should have had a high Billboard rating!! another missed opportunity!  .. Sorry, I digress)  But I did watch.   Couldn’t resist.   Yes, yet again.   With my toes tapping and arms and legs thwacking  .. whatever that means.   😀

Then of course there was TMH which everyone loves.   Gives us a chance to actually touch him and rub off some DNA from him   😀   and gives him an opportunity to flirt  YAY!!

I must admit one of my favourite moments which I found most “charming” was when David forgot his lyrics during the MKOP performance!!   He was lost to carry on so decided to stop (about 2.30).   And giggle.   Lo and behold, his Archangels flew to his side for the rescue.   They knew all the lyrics better than he.   They all remembered from years gone by.   It was a touching moment, and an endearing one, for me.   No one was annoyed.   How can there be annoyance or accusations of unprofessionalism (I’ve heard it said before about other big stars) within archudom?   There is only sharing.   There is only humanness.   There is only goodwill and love.   Yes, I would giggle with him too if I had been there.   Just like those Archangels who helped him along with the rest of the song.   Yes, I shudder to feel all these lovely feelings in an Archu-concert!!   ♥

Many of us Archies were unfortunately not present at the concert, but watching David do his thing and witnessing the Pinoys do their thing was utterly heartwarming and spiritually uplifting.   They both absolutely ROCK!!!   ♥