Posted by Archuleta Avenue Msia on May 18, 2017
Posted in: General. Leave a comment

(What a delightful pic of the cast and crew of the UAN music video!!)

Y’all… a new music video AND Orion EP coming out in 2 days!!! Be sure to tune in!

Is it Friday yet? Here’s a sneak peek of Up All Night from the new EP Orion! Both out this Friday 5/19/17 #upallnight #musicvideo #orion

You can buy ORION at Amazon and iTunes!

WOAH!   Even the titles of the songs sound outstanding.   I like!

Most of us have heard NUMB and UAN.   Can’t wait for INVINCIBLE and SAY ME!   Judging from all the comments I’ve read, they’re MAGNIFICO!   😀

I feel humbled when I look at the pic above.   Phew, there’s a whole clan of people!   Just to make a music video.   I obviously don’t know much about the music production business.   All I can think of is: It must have cost a whole load of $$$!!   (My archu-heart is aching.   Poor David has to spend all that money?   Such is the workings of an emotional, sentimental archie.   😥   )

And hoping and keeping fingers crossed that he will convert a massive number of new fans too!!

Posted by Archuleta Avenue Msia on May 17, 2017
Posted in: General. Leave a comment

I have been following David’s career for 9 years and he never disappoints. As an artist he never shys away from using all his gifts as a musician, performer, and as a person. With each release, he builds upon life and professional experiences to produce amazing music deep-rooted in his beliefs and talents. Congrats David on moving forward.. looking forward to Invincible and Say Me and hearing you live this summer

Numb and Up All Night are both ott amazing! Can’t wait to hear the entire EP! Congrats @davidarchie for amazing EP!

You can still pre=order at Amazon

Loving David’s Archies for their supportiveness and relentless energy!

And a new Trending Party!

A Wish for Mother’s Day

Posted by Archuleta Avenue Msia on May 14, 2017
Posted in: General. Leave a comment Our wish for David Archuleta has always been profound and perennial.   What more must Lupe’s wish be for him?   This post is for Mother Lupe and David.   May this Mother’s Day be a day of – 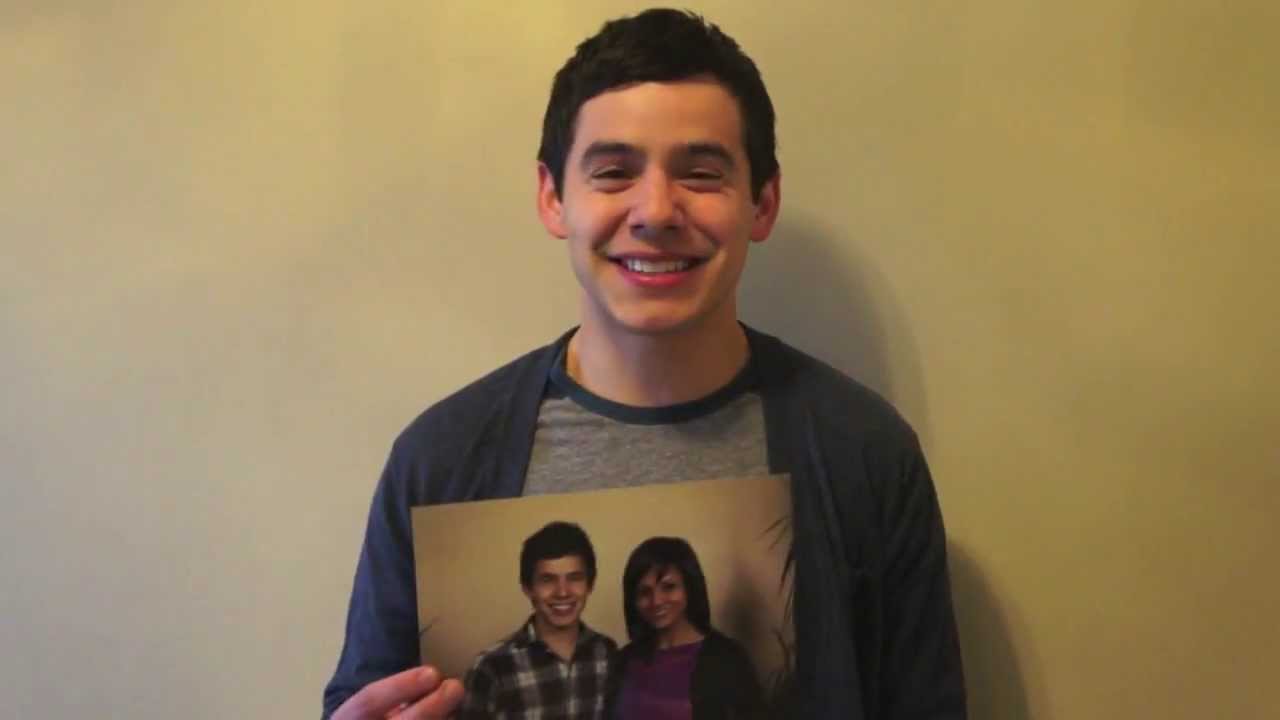 Closing In on UAN Music Video

Posted by Archuleta Avenue Msia on May 13, 2017
Posted in: General. Leave a comment

First time I get a chance to go into the editing room for music video edits. Getting close! With the talented @leebob61 #wootwoot #upallnight #musicvideo#comingsoon

Posted by Archuleta Avenue Msia on May 13, 2017
Posted in: General. Leave a comment

‘American Idol’ Wish List: What We Want to See When It Returns In 2018

We want to see David Archuleta singing  SOLO on the AI stage of course!!!   ♥

An Honourable Mention of David in the Billboard article:

“THE CONTESTANTS: We’ve always believed that Idol rises and falls on the shoulders of the contestants. The series found a lot of amazing talent over 15 years. Some seasons were better than others, and when we think of the standout years, they were stellar because of the casting of the show. Give us a talent roster as great as Ruben Studdard, Clay Aiken and Kimberley Locke or Carrie Underwood, Bo Bice and Vonzell Solomon or David Cook, David Archuleta and Syesha Mercado or Kris Allen, Adam Lambert and Danny Gokey, and we’ll be happy”

So gratifying to see our David getting some deserved recognition.   😀

Talking about “recognition”, David seems to be rooting for Jesse Larson at The Voice.   Well, he did not actually openly Back him to win since he will never “proclaim one to be better than another”.   To him, everyone is perfect and everyone deserves to win LOL!!   (Ya, he would make a lousy AI judge!   😛   ) 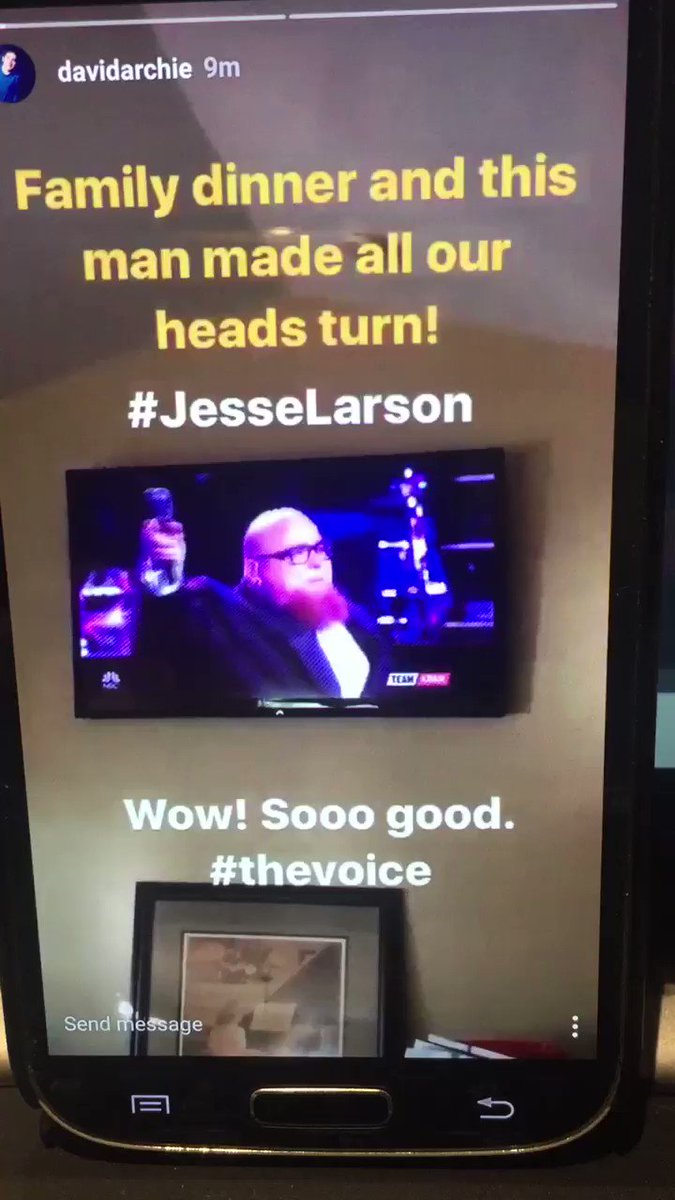 Jesse Larson is my favourite to win The Voice this Season.   Is it a surprise I share the same taste in music with David Archuleta?   😉   Ya, Jesse is “Sooo good”!   Adam is clapping his hands and dancing!   And David’s head is turning!   😀

Posted by Archuleta Avenue Msia on May 11, 2017
Posted in: General. Leave a comment

IT’S WHERE WE MET DAVID ARCHIE THE WONDERFUL!!!!  😀 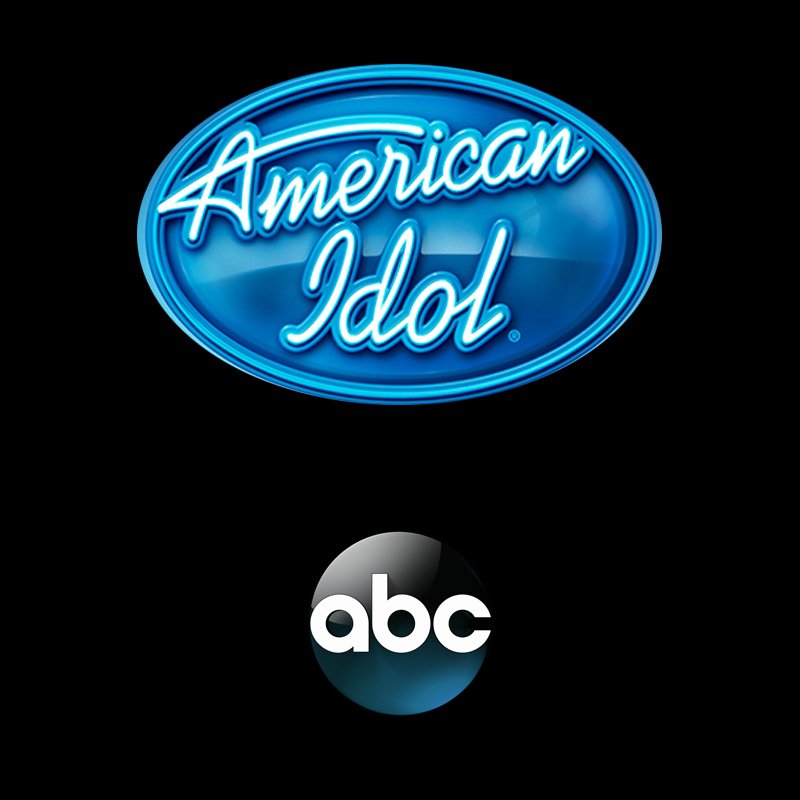 @GMA EXCLUSIVE: @AmericanIdol to return to TV on ABC in 2018:

But what is more important is this tweet from Good Morning America:

And from David’s Media Lady, Marushka:

Thank you for the @DavidArchie love, @AmericanIdol! Let’s have him on as a special guest now that you’re back!

I can understand all the excitement from the Archies.   Wasn’t it there where we first drooled and went woozy and cancelled all our appointments to watch every week because a certain guy was coming on to perform?  Where we badly bruised our knees to pray every night that he would win?? Where we had a massive group heart attack when he didn’t??   Beautiful memories.   😀   And sad ones too.   😥

But my question now is whether David himself would still want to be associated with the likes of AI.   Nothing wrong with AI of course.   David has expressed nothing but gratitude and nostalgia for his time there.   And I, for one, really wouldn’t mind re-experiencing again (and again!) the racing of the pulse and pounding of the heart looking forward to his performances every week.

But I’m also happy for David that he has moved on.   To a higher artistry.   Yes, I think that’s a suitable word.   By the time 2018 comes along (wow, that would be 10 whole years from 2008 Season 7 !), David might have reached a different height  –  I’m keeping fingers tightly crossed for Orion and other albums and EP’s which he mentioned.

And, knowing David and his chain of surprises, he might even have become a classical concert artiste at the Tabernacle Choir every other week.    Or a superhot rock star (with the relevant facial bristles and a cute little pony tail to boot!   Yes please!   😀   I’ll take him any way!)  in clubs like the Troubadour Hollywood every other day.   Perhaps running concurrently too!   😯   Never, never ever say “that’s impossible” to him!

There again, whatever he becomes, there’s still a great deal of validity for him to appear and to be invited to sing as a guest at the new AI !!!

** Listen well, the new American Idol folks!! **   The Archies are watching you!!!   Your ratings will experience a new High when you have David Archuleta perform!!   Book him for your Opening Night!!   ♥

PS to AI  –  But pleeaase do not insist that he sings Imagine again even though his version is the very very best.   He does have a huge huge huge repertoire, y’know!!   😛

A.I. Tweets David! And Other Buzz!

Posted by Archuleta Avenue Msia on May 9, 2017
Posted in: General. Leave a comment

Have you checked out @DavidArchie‘s new single ‘Up All Night’ yet? If not, what are you waiting for?!
And David responds with an Eastern emoji   😀

David Archuleta has hit it out of the ballpark with his new single Up All Night! It has a fun, catchy vibe that you just can’t help but sing along to. You may even find yourself jumping to your feet and dancing when you take a listen to this gem. AND to top it off, David’s vocals are impeccable as always!

If Up All Night and Numb are any indication of what we can expect from David’s upcoming EP, Orion, and future EPs, then we are all in for a real treat!

This song is one of Davids best new songs!! Created at a moment when he was having a rough month. But he came out of it & so did this fabulous song! Great Vibe!!

Been listening to this song on repeat since yesterday. David Archuleta deserves all the love.https://www.youtube.com/watch?v=pjl-7ueqqYQ … 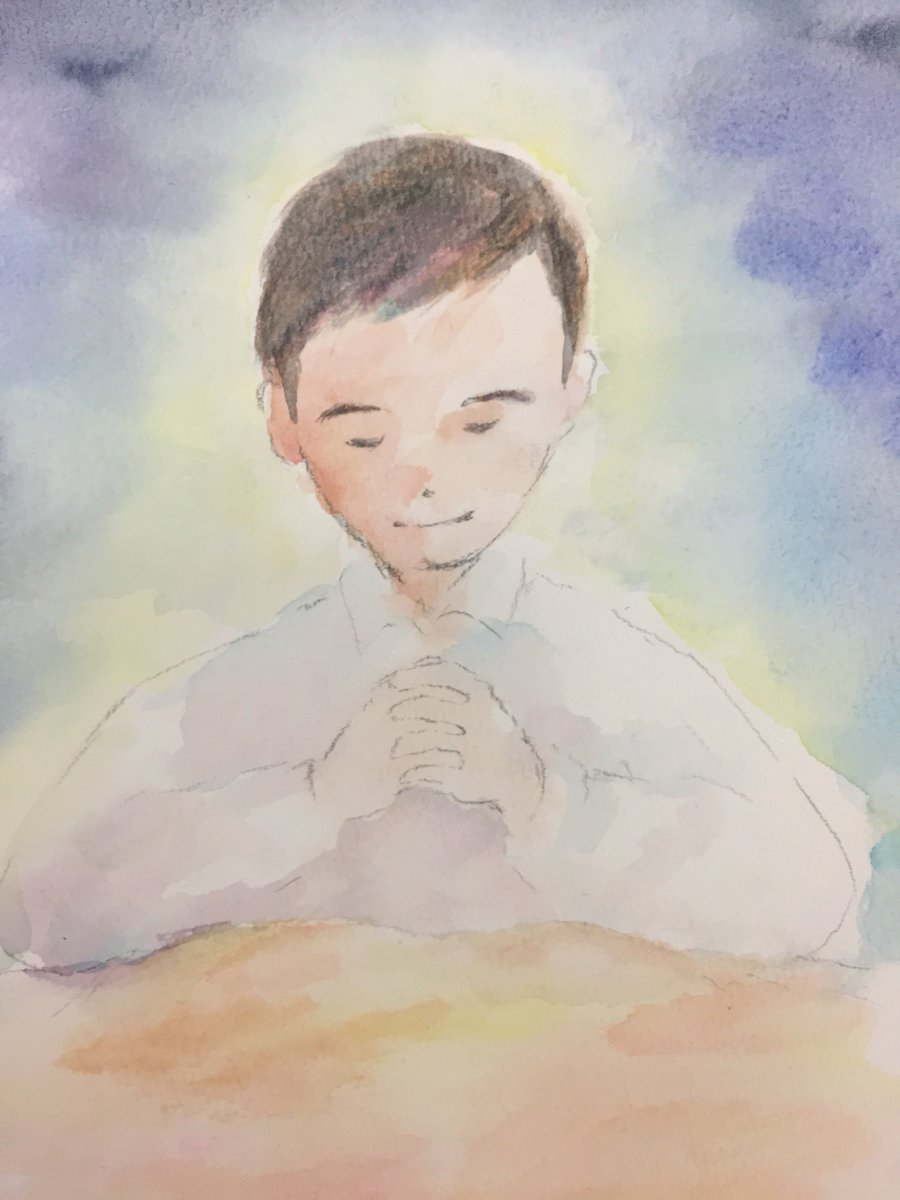 While Archudom raves about David-concerts and the forthcoming drop of Orion,  the man himself tweets a quiet quote .

“No one has ever made himself great by showing how small someone else is.” – Irvin Himmel

Nothing seems to ruffle his feathers.   Or perhaps we’ll never know.   Could the pit of his tummy be filled with butterflies?  Like ours!!   😀