A Week Of Season 7

This past week had been rather unusual.

First we had David’s AI buddy, Cookie’s pictures for days, and vids too, gracing our David-site after he got David onto the stage to sing during his concert, for which I am sure we are grateful that at last, after 2 1/2 long years of thirst, we got to see David onstage for a pop concert, even though the spotlight was not meant to be on David.   Whether it was actually on David or not, I am sure we Archies have our own interpretation   😉

But I suspect that concert would not have enjoyed that much post-show publicity had David not been up there.   So there, I’ve said it!   😉

Before we can absorb fully the fun Archucook banter, came the very sad news of the death of  Michael Johns, another of David’s AI buddies.    I thought he was the Season 7 hunk in 2008 and liked his talent and personality.  Last week, Michael had gone to the doctor, complaining about a swelling in his leg, but was sent home after the check-up.   He died soon after.   I felt not just sad, but also angry.   Such a waste of talent and life so young!   It made me think about how fragile life is, that at any time, you could just pop off without any warning!   😯

Another Season 7 buddy of David’s, Brooke White, shared this and both she and David came to my rescue and saved me from wallowing for too long  in thoughts that were macabre which were vexing me.

For crying out loud 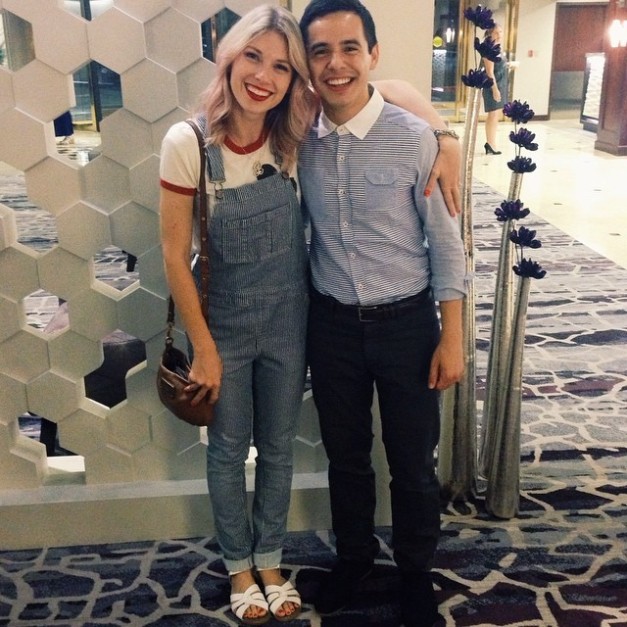 I can only think:

We can never forget Season 7.   We can never get enough of what we had from that Season – everyone of them – especially David.